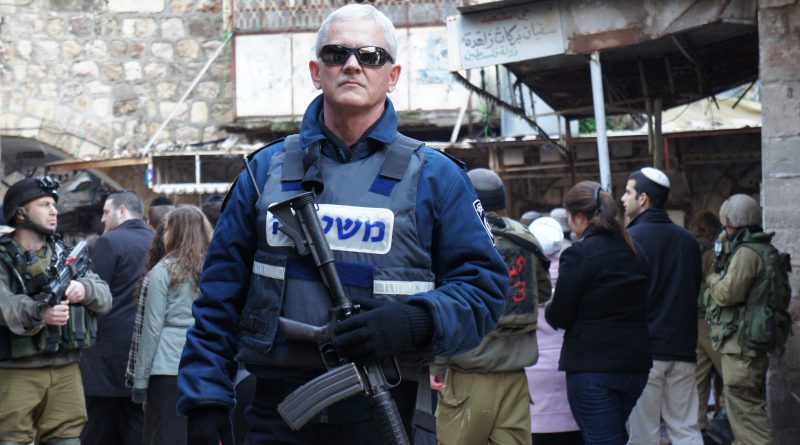 Last week, an 18-month-old baby was burned to death in an attack by Israeli settlers in Douma, a village in the West Bank that is under Israeli occupation. The settlers left graffiti that read ‘Revenge’ and ‘Long Live Messiah’.

The incident made international headlines; however, it is far from unusual.

Every week, settlers average four attacks on Palestinians. And cries against these attacks go largely unheeded – less than one in 10 complaints against Israeli settlers result in indictments. The indictments themselves are also largely symbolic; the lengthiest prison sentence given to settlers has been 2.5 years for arson, vandalism and hate crimes.

On the other hand, Palestinians in the West Bank are tried under Israeli military courts, where the conviction rate is 99.74%, and a Palestinian throwing stones is now eligible for up to 20 years in prison, thanks to a recent law passed by the Israeli parliament.

And while Israeli Prime Minister Benjamin Netanyahu has disavowed the attacks in Douma as terrorism, their actions elsewhere tell a different story. The UN Human Rights Council states that “Israeli governments have openly led, directly participated in, and had full control of the planning, construction, development, consolidation and encouragement of settlements” that lead to the daily violation of Palestinian human rights as part of “systemic discrimination against the Palestinian people which occur on a daily basis”.

Israel claims Jerusalem in its entirety as its capital, citing religious, historical and security reasons, although no country in the world – including the United States – has recognized this move as legitimate or legal. Yet East Jerusalem – which is expected to be the capital of a future Palestinian state – has seen a stark increase in Israeli settlements. This is part of the Israeli’s government ‘Jerusalem 2020 Master Plan, which aims for an undivided Jerusalem that is “70% Jewish and 30% Arab”.

Some settlers are motivated by economic reasons. Most of the settlements in the West Bank are defined as “national priority areas” by the Israeli government, and thus citizens working or investing in the settlements are entitled to “significant financial benefits” from eight government ministries; part of the government’s ongoing economic support for settlement expansion. An Israeli living in an illegal settlement in the West Bank gets an average per capita grant that is 60% higher than an Israeli living in Israel. For example, teachers who live in settlements receive government coverage for 75% of travel and 80% of home rental expenses.

Other settlers are motivated by ideological reasons. For example, Hebron is the largest Palestinian city in the West Bank, and is home to over 150,000 Palestinians. Simultaneously, approximately 500-800 Israeli settlers also live in the area, under the protection of the IDF. Netanyahu opposes evacuating the settlements as he deems Hebron “important to the Jewish people”, and so for the protection of settlers, they now drive on “Jewish-only” roads and walk on “Jewish-only” streets.

The actions of these 500+ settlers in Hebron over the years have been described by Israeli human rights group B’Tselem as including “physical assaults, including beatings, at times with clubs, stone throwing, and hurling of refuse, sand, water, chlorine…. settlers have destroyed shops and doors, committed thefts, and chopped down fruit trees. Settlers have also been involved in gunfire, attempts to run people over, poisoning of a water well, breaking into homes, spilling of hot liquid on the face of a Palestinian, and the killing of a young Palestinian girl.”

U.S. taxpayer dollars are directly and indirectly funding these settlements. In 2003, almost half of the Hebron settler community’s funding came from the Brooklyn-based Hebron Fund, which is recognized by the U.S. government as a tax-exempt nonprofit. The Hebron Fund is one of over 40 organizations that have raised over $200M in tax-exempt donations over ten years in support of Israel’s West Bank settlements.

This is one example of how many, violent crimes like the one that took place in Douma are the inevitable result of the Israeli government’s full-blown encouragement of illegal settlement activity, and the near-impunity with which settlers can carry out racist and violent actions in the West Bank. This hypocrisy undermines the Israeli government’s condemnations of the attacks in Douma – not to mention the near-daily attacks on Palestinians by settlers that go unreported and unpunished.

The continued support of the illegal occupation of the West Bank by the Israeli government – as well as by U.S. taxpayers – is perpetuating a system that endangers Palestinians, and violates their basic rights, on a daily basis. Moderate Israelis across the world should take this opportunity to inform themselves of the policies that their government supports despite the continued violation of even the most basic Palestinian human rights – including one young child’s right to life.

Khaled K. is a Lebanese-Canadian Master in Public Policy student of Palestinian origin at the Harvard Kennedy School. He graduated from McGill University before working in management consulting and with the U.N. Today, he is deeply committed to human rights and advancement of Arab issues; he is president of the HKS Arab Caucus and is also working with Harvard Arab Weekend to organize a panel on how to take ‘the Palestine question’ mainstream in the US media. Khaled also really enjoys hummus.