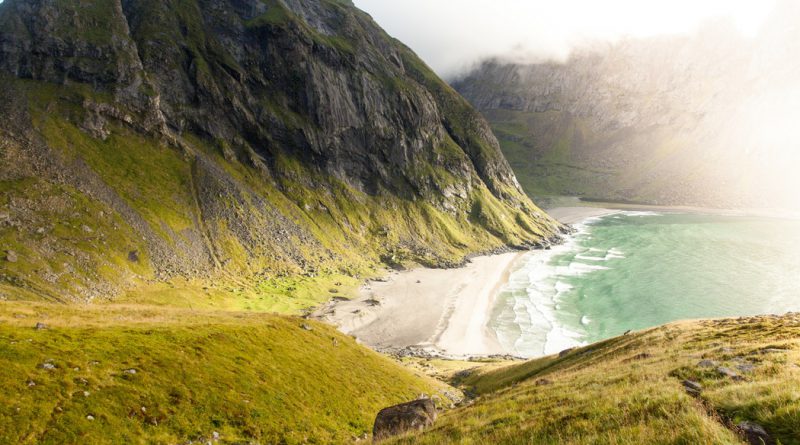 Pope Francis was resolute in his opinion about the toll climate change is exacting on the planet when he released his encyclical on Thursday, June 18. Francis laid out his feelings quite bluntly: “the Earth, our home, is beginning to look more and more like an immense pile of filth.” While this may be a slight exaggeration, his point is clear that humans are destroying the planet.

Multiple studies now confirm that 97 percent or more of actively publishing climate scientists agree that human activities are very likely to have caused global warming trends over the past century. To put this into context, in March 2014 the American Association for the Advancement of Science released a report titled “What We Know” and explained that “the science linking human activities to climate change is analogous to the science linking smoking to lung and cardiovascular diseases. Physicians, cardiovascular scientists, public health experts and others all agree smoking causes cancer.”

Awareness of the human connection to a changing climate continues to grow.  Although many believe that the consequences of climate change will not materialize for many years, people across the United States have already experienced how it can affect them: $128 billion of damage caused by Hurricane Katrina, $62 billion of damage caused by Hurricane Sandy, at least $60 billion of damage caused by the ongoing drought in California and other western states, and immeasurable other damages caused by climate change.  These numbers are staggering and they understate the true cost because things like forgone economic activity and the impact on people’s lives are not included in these calculations.  As climate change continues to progress, incidents causing large-scale damage will become the norm, not the 1-in-100 year event we hope to never live through.

The science behind climate change has become stronger, as has the response to combating it.  Corporate sustainability has become a major focus for companies large and small throughout the country as they try to eliminate excess and save money on their bottom line. The government has taken decisive steps in recent years to reduce the carbon footprint of the United States, such as increasing the fuel economy to 54.5 mpg for cars and light-duty trucks by model year 2025 and the U.S. Environmental Protection Agency’s Clean Power Plan to achieve a 30 percent reduction from 2005 carbon emissions by 2030.  Although the Clean Power Plan is a step in the right direction, it seriously lacks in efficiency when compared to a cap-and-trade system. Standards-based policies, like the ones currently in place, are much more inefficient as they only produce one-fourth of the emissions reductions of cap and trade for the same cost.

Although governmental and corporate responses are beginning to unfold more rapidly, the level of action on an individual level continues to lag far behind. The response has been sluggish on an individual level because too many people misunderstand the importance of individual action. Is it true that no individual person can solve the entire problem of climate change by changing his or her actions? Absolutely. But is it also true that one can derive other benefits by taking steps to protect the planet? Again, absolutely.

Research has shown that a greater understanding of the scientific evidence of climate change does not necessarily lead to greater concern or action. The problem with asking people to change behaviors and only using the protection of the environment as the justification is that it is incredibly difficult to understand how an individual’s actions are going to make a meaningful difference in the global climate change problem. You’d be hard pressed to find an environmentalist asking people to lower their thermostat because they can reduce global carbon emissions by one one-billionth of a percent. Framing the need for action in this context will not lead to desired responses on a large enough scale.

Individuals have the opportunity to reduce their carbon footprints significantly, but this will only come to fruition if the argument for protecting the planet is reframed to focus on the co-benefits of taking action, such as cost savings, health, and safety. Weatherizing a home, or making it more energy efficient, can save a household up to $500 a year. Reducing the amount of red meat consumed can reduce your chances of developing heart disease. Keeping a safe following distance while driving will help you avoid getting into car accidents.  While all of these actions have the effect of reducing carbon emissions, it is much more likely that people will adopt these behaviors if the focus is primarily on the co-benefits.

Well-designed policies by the government are the most effective tool for encouraging behavioral changes amongst individuals. For example, a study conducted in the United Kingdom found that road taxes and vehicle purchase taxes reduced emissions and increased adoption of low-emissions vehicles. The main focus needs to be on behavioral plasticity: the proportion of current non-adopters that could be induced to take action. Tax credits for hybrid and electric vehicles, subsidies for energy efficient appliances, and financial rewards for reducing energy consumption all have the ability to influence individual behavior and foster meaningful change in the fight against climate change. The success of policies like these will be determined by their ability to induce individuals to take emissions-reducing actions that they otherwise would not have taken.

But people do not need to wait for the government to take action.  The power to make a positive difference lies within each individual. Individuals choose what to eat, how much to drive, and when to turn off the lights. Simple decisions like these are made on a daily basis and have a significant impact on the planet. Understanding that protecting the planet is synonymous with saving money and promoting health and safety will encourage more people to take steps that have the side effect of combating climate change.

Environmental degradation will forever be a part of our history, but we have the capacity to rectify past mistakes.  “Yet all is not lost,” as Pope Francis explains.  “Human beings, while capable of the worst, are also capable of rising above themselves, choosing again what is good, and making a new start.”

Michael Alter is a Master in Public Policy student at the Harvard Kennedy School.  He has worked with the Emmett Environmental Law and Policy Clinic at Harvard Law School to develop action plans that encourage individuals to reduce their carbon emissions, located at http://livewithlessimpact.com/.