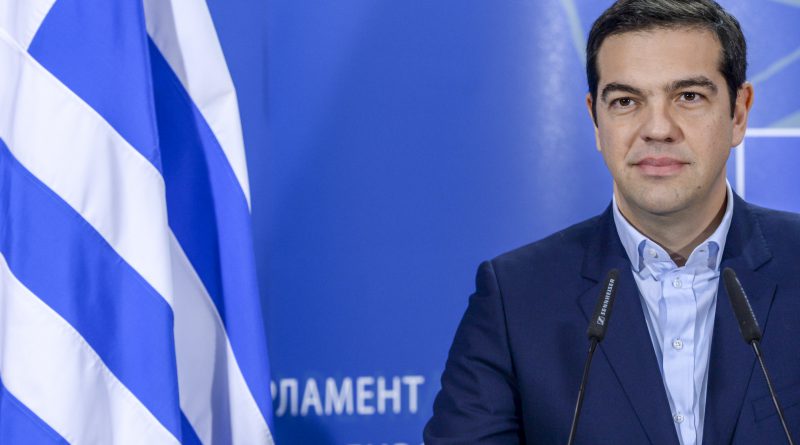 Greece now stands at the edge of an economic and political precipice. By allowing the country to miss a €1.55 billion loan repayment to the International Monetary Fund, Prime Minister Alexis Tsipras demonstrated that he is no longer negotiating for Greece’s future. He is gambling with it.

Greece’s effective default is a demonstration of what former Harvard professor Keith Allred calls the “high cost of low trust in negotiations.” Tsipras has made a progression of serious negotiating errors in recent days. By calling a surprise referendum on the proposed bailout to be held on July 5, the Prime Minister showed a reckless disregard for those sitting at the other side of the table. Relationships between parties are crucial in negotiations and the referendum highlighted that Greece was no longer playing the same game in good faith.

Strength in negotiations can sometimes be found in a party’s weaknesses. But rarely is it found in desperation. In walking away from the negotiating table over the weekend and urging Greeks to vote down the bailout agreement, Tsipras believed that a ‘no’ result would strengthen his hand. But his poorly executed attempt to gain leverage has undermined Greece’s negotiating position by shattering the confidence of its European creditors. The move has left the President of the European Commission, Jean-Claude Juncker, feeling “betrayed” and thinking that months of goodwill have been “thrown to the wind.” In accusing the Greek government of deliberately misleading its people, Juncker remarked that negotiations are “not a game of liar’s poker.”

The troika of European creditors will never again trust the Prime Minister, and this makes his position untenable. Thus, it was no surprise that Greece found itself denied by creditors when it rushed back to the negotiating table late on Tuesday evening to scrounge a last-minute deal. What faith were Europeans to have that Greece would have implemented any of the painful midnight measures that Tsipras was suddenly willing to accept?

By pursuing a referendum Greece chose to engage in a high-stakes game of ratcheting. And this ill-advised gamble is now set to backfire on Tsipras in a spectacular explosion worthy of the Fourth of July weekend. Calling the referendum saw Greece cede all process leadership and control over the negotiation, thereby dramatically increasing the levels of uncertainty. It has enabled the European Commission, European Central Bank, and IMF to steal the momentum by reframing Tsipras’ incomprehensible and technocratic referendum question on the bailout into a broader proposition more easily digested by the voting public: ’do you want Greece to stay in the Eurozone, or not?’ The zone of possible agreement between the parties is now closed, at least temporarily. Rather than triggering a capitulation from Greece’s creditors, Chancellor Angela Merkel called Tsipras ‘all-in’ gamble and declared that negotiations will not resume until the referendum is held – a vote which many in Europe hope will rescind Tsipras’ mandate and rebuke his negotiating tactics.

Good negotiators know that the strength of a party’s position is a function of the quality of their alternatives to a negotiated agreement. But without a deal, Greece’s best alternative is dire. Thus, the referendum is less about promoting democracy than it is an unconscionable abdication of responsibility. It was never going to be the game-changing move that the Prime Minister envisaged. Political and negotiating brinkmanship has led Greece to play its weak hand poorly by failing to focus on the decisions and choices that its creditors had to make in recent days. Tsipras framed the negotiation issues to fit domestic politics and failed to differentiate between the parties’ different interests, thereby mistakenly treating the IMF and the European creditors as a homogeneous blob. This left Greece without an ally on the other side of the table to advocate for its position from the inside. And going forward, it will be difficult to take Greece seriously at the negotiating table after Tsipras demonstrated his unwillingness, or inability, to exercise decision-making authority on the terms of a negotiated agreement.

The Prime Minister overplayed his hand badly, and Greece will now pay the price for his mistakes. Regardless of the outcome of Sunday’s referendum, the Prime Minister’s gamble has backed his country into a ‘no deal’ corner. It has exposed the reality of what it means to elect a radical left party like Syriza in the twenty-first century. For only so long could Greece reasonably expect to skirt disaster while refusing structural adjustments to its economy and defying global financial norms. Perhaps in a bittersweet ending, a ‘yes’ vote will likely bring an end to Europe’s experiment with anti-austerity governance. It would shatter what little political legitimacy Tsipras retains and an election ought to follow.

But the consequences of a ‘no’ vote are far less certain. Greece will be left without credit and without a plan. The only certainty is that Tsipras will have authored a modern Greek tragedy and negotiated his country’s way onto an unenviable list of recent sovereign defaulters, putting it in a category that includes countries like Zimbabwe, Sudan, and Somalia. The damage to the country’s investment profile will be severe in the short-to-medium term as Europe reclassifies its rescue mission to being one now aimed at mitigating the damage.

Financial contagion can spread in unpredictable ways. But calls to forgive Greek loans are misguided and cannot responsibly be put on the negotiating table at this late stage. Exactly what reform incentives would exist if the IMF and European creditors started “ripping up their I.O.Us”? As painful as the effective default is going to be, creditors were right to deny Greece’s request for an extension of time. To reward Tsipras’ disdain for the negotiation process in this way would have constituted a grave error. With a further €3.45 billion in bond payments due to the European Central Bank on July 20, creditors would then set a dangerous precedent of capitulation in what will be an ongoing, iterative series of high stakes negotiations.

If negotiations are truly about letting other people have it your way, then Greece’s Prime Minister has catastrophically failed. It is not without a sad hint of irony that the financial future of the birthplace of democracy now hinges on the outcome of an opportunistic gambler’s appeal to the Demos.

Alexander is a Master of Public Policy student at the Harvard Kennedy School. He will serve this year as a Teaching Assistant at HKS for Negotiation Analysis and the Advanced Workshop on Negotiation and Conflict Resolution. The author is grateful to James Howat (MPP ‘16) for his comments and input.