Home > Articles > No Place For the Poor 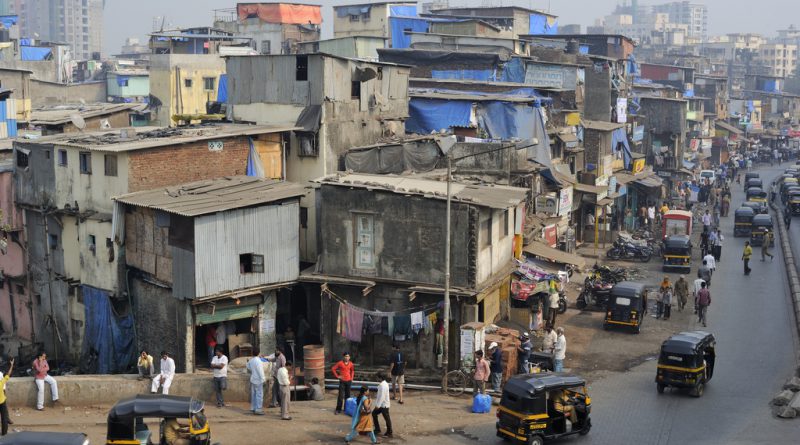 A proposed plan for the development of Mumbai, India’s financial capital, misses the opportunity to create affordable housing.

You can judge a city by how its poor live, architect Kamu Iyer writes in his recent book tracing Mumbai’s development since the 1940s. By this measure, India’s financial capital fares dismally. The price of real estate is exorbitant, leaving more than 50 percent of its 18 million-strong population with no choice but to live in slums.

In these cramped, unsanitary shantytowns, daily wage laborers and fledgling entrepreneurs subsist cheek by jowl, sentenced to the perpetual smell of sewage—because no matter how hard they work, they simply cannot afford to move out.

That housing conditions for most in Mumbai are abysmal is hardly news. But even as the city becomes increasingly unlivable, politicians and city officials stubbornly refuse to devise any sort of urban policy to accommodate a rapidly growing population. India’s cities added ninety million people from 2001 to 2011, and urban areas are projected to house another 250 million people by 2030, according to the World Bank.

There’s no space in India’s metropolitan areas for more people—Mumbai, for example, has 32,400 people per square kilometer. That’s almost eight times Tokyo’s 4,400 and more than five times Shanghai’s 6,100, making it the third-densest urban area in the world, according to the 2015 edition of Demographia’s World Urban Areas index.

But a new plan for the city’s development included a proposition to make the city even denser. Under a 1966 state law of Maharashtra, where Mumbai is located, the local governing body of the city must prepare a “development plan” every 20 years, and submit it to the state government. Meant to be a blueprint for the city’s development over two decades, the Mumbai Development Plan for 2014 – 2034 actually recommended a reduction in open space, of which the city is already starved.

A draft of the plan, which was made public in February, proposed an increase in FSI, floor space index—the ratio of the gross floor area of the building to the area of the plot on which it stands. The plan also lifted restrictions on building in the city’s “no development zones,” which are protected for environmental reasons.

It offered neither a practical proposal to rehabilitate slum dwellers, nor one to provide basic amenities in existing slums. “It’s a huge opportunity completely lost,” Mumbai-based architect Rahul Kadri told me in a recent interview. “The tussle for space, because slums are going to overflow, is only going to get worse,” he said.

The plan received such heavy criticism from activists and urban planners that the government of Maharashtra sent it back to Mumbai’s municipal corporation to correct factual errors. However, few are hopeful that the revised draft, expected in August, will tackle any substantive flaws.

As the lack of affordable housing looms over the urban poor, glass-paned skyscrapers and gated communities continue to spring up. The rich, fed up of the sight of shantytowns, are finding ways to shield themselves from the squalor and indignity that the rest contend with. Getting to and from these new, shiny homes and offices remains a nightmare, because many arterial roads are clogged with traffic, even at off-peak hours.

To compensate, government initiatives to improve transport largely cater to the rich. A new freeway along the city’s eastern waterfront, built in 2013, is a 17 kilometer-long boon for those trying to get from the eastern suburbs to South Mumbai, the financial center. But a zippy road, in a city where some 87 percent of commuters rely on trains and buses, once again misses the mark of serving the less affluent—the average household income in Mumbai is $12,800 per year, according to a 2013 report of Euromonitor International, a market research firm.

When a proposed road along the city’s western coastline received clearance from the federal environment ministry in June, the chief minister of Maharashtra called it “a dream come true.” Environmentalists, urban planners and fishing communities oppose the project because it entails land reclamation, which disrupts the coastal ecosystem. Aside from its detrimental effects on the environment, this road too will become a symbol of the city’s grotesque inequality—an easy cruise if you can afford a car.

To be sure, the city’s commuter rail system is a public transport lifeline, carrying more than seven million passengers each day. The trains are creaky and dirty, but tickets are cheap enough for most. Construction of a new metro system is underway, likely to be completed in 2021. Its first line, which became operational last June, is well used and has improved connectivity between the eastern and western suburbs. These public transport initiatives are welcome — and the city needs more — but for the poorest, they remain unaffordable and inaccessible.

Architects and urban planners say that improved public transport from the island city to the mainland would help. Better bridge connectivity to New Mumbai, the township to the city’s east, could ease the scramble for housing on the city’s mainland. For the past four decades, urban planners and administrators have mulled over the prospect of building a trans-harbor link, a 22-kilometer bridge from South Mumbai to New Mumbai. But the present intention is to build it as a road bridge, pointless if it is to benefit those without cars. Mass transit bridges exist across the globe—think the Manhattan Bridge, which carries automobile, truck, subway, bicycle, and pedestrian traffic over the East River.

This year, Mumbai’s monsoon broke in mid-June, and relentless rain caused floods when the city received 10 percent of its annual rainfall in 24 hours on June 19. The city’s civic body spent 20 billion rupees (around $315 million) on roads and drainage projects to prepare for the monsoon, according to a local news report. Unsurprisingly, this was wholly inadequate to protect the low-lying slums and informal settlements from water-logging. The chief minister of Maharashtra appealed to citizens from his active Twitter account, “everyone to avoid going near the sea. Please avoid going out of homes. Be safe!”

The local governing body should be better prepared for the rain, given that each year, the narrow, garbage-filled alleys of the slums and choked drains fill with water, making it impossible for residents to enter and leave their own homes—even to use the toilet. The homeless, who live on pavements and railway tracks, are even worse off. Without even flimsy shelter, they are susceptible to diseases including pneumonia, malaria and cholera.

India’s cabinet earlier this month approved a scheme called “Housing for All by 2022,” an attempt to rehabilitate slum dwellers and create affordable housing for the urban poor. In Mumbai, local politicians are already talking about watering down an initial pledge to build 1.9 million homes, according to local news reports. Once the initial fanfare of this latest housing promise dies down, Mumbai will continue to creak forward, resilient—it is, after all, dubbed the city of dreams. But it has become a city where only the rich can dream. The poor drudge, and no one cares, least of all the political leaders tasked with looking out for the welfare of the weakest.

Shanoor Seervai is a Mumbai-based journalist and writer. She is an incoming Masters in Public Policy student at the Harvard Kennedy School of Government.