Home > Articles > Drug Courts: Are They All They Are Cracked Up to Be? 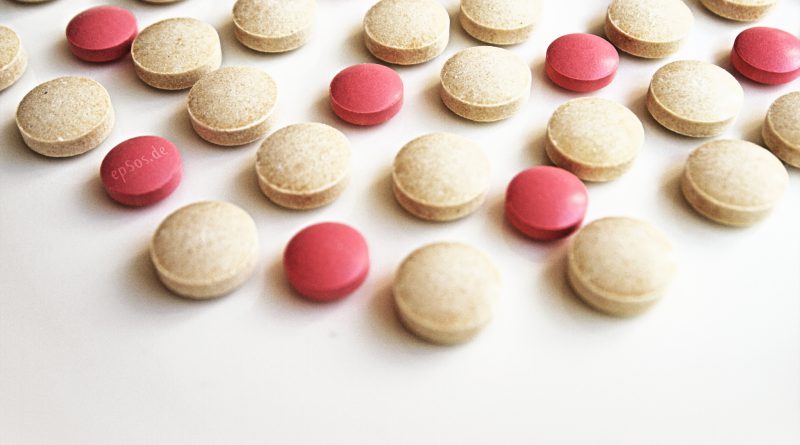 In 2007, I become the crime victim of a drug addict offender. My case involved a “drug court,” a radical new form of justice, known to very few Americans, but financed to a significant extent by our federal, state, and local tax dollars.  Drug courts are specialty criminal dockets that handle substance-abusing, non-violent offenders arrested for crimes related to their abuse, such as possession, breaking and entering, burglary, theft, credit card and check fraud, prostitution, and an array of other “non-violent” charges.   Unlike a traditional court, where such offenders would be sentenced to jail and probation, in drug court, the offenders remain free, are required to attend counseling, rehab, career, and other “wrap-around services,” and are subject to sanctions or rewards dependent on good or bad behavior.

While drug courts have hastily, within a matter of two decades, been anointed “the” alternative to mass incarceration of drug offenders and those who commit crimes related to drug use, they suffer from significant ideological and practical shortfalls.  Furthermore, research regarding the effectiveness and cost-saving attributes of drug specialty courts is mixed and in some cases missing altogether.   Alternatives to drug courts must be identified and additional research on drug courts collected before politicians and criminal justice professionals appoint drug courts a, or the, leading model to address non-violent drug offenders.

HISTORY OF DRUG COURTS IN AMERICA

Unlike traditional dockets, where such offenders are placed in jail as a form of punishment, drug courts seek to rehabilitate offenders – which are titled “clients” rather than defendants – using a carrot-and-stick approach.  Offenders remain free under the threat of jail and are generally required to attend Alcoholics Anonymous, counseling, and other wrap-around services. They are also drug tested on a regular basis and must obtain employment.  While offenders who break probation requirements (e.g. who are arrested for another crime, fail a drug test, fail to acquire a GED in a specified time) face “sanctions” such as verbal admonishments in front of the court, essay writing about wrongdoings, increased supervisory requirements, flash jail sanctions of a few days, or termination from the program and long-term jailing (e.g. failing out), successful “clients” receive verbal praise, recognition in court such as applause, tangible rewards such as gift certificates and concert tickets, and supervised day trips.

The first drug court was founded in Miami-Dade County in 1989, and in the succeeding 25 years, nearly 3,000 additional drug courts have been established across the country.  Nearly half of all US counties operate an adult drug court, and one-third have juvenile or family drug courts.

This growth was driven, to a large extent, by policy research and empirical court studies – often originating from second-tier academic and policy think tanks – with significant methodological flaws and an organized lobby of state and national drug court associations pushing said research.  The Government Accountability Office found that 77% of drug court studies conducted between 1989 and 2005 suffered significant methodological flaws, and even among the remaining studies, “evidence about the effectiveness of drug court programs in reducing participants’ substance abuse was limited and mixed.”

Based upon these studies, and with little consideration of potential options, state legislative bodies quickly moved forward with drug court laws, seeking an alternative to the costly “drug war.”  A new political fad was born, and few Americans even knew, except those criminal justice professionals, offenders, rehabs, and wrap-around service providers who benefitted either monetarily or through sentencing. The drug court lobby’s strategy during the first two decades was to silently grow drug courts, knowing full well many Americans would view the model as soft justice.  As one former drug court judge turned drug court opponent noted, “Drug courts themselves have become a sort of institutional narcotic upon which the entire criminal justice system is becoming increasingly dependent[1].”  Just as private jail operators and developers benefit from mass incarceration, an issue that the drug court lobby repeatedly enjoys targeting, drug courts cause increased demand for rehabs, wrap-around service providers, and transitional living facilities, and those that build them.

THE STATE OF DRUG COURT RESEARCH

The reductions (or increases) in drug court recidivism vis-à-vis traditional dockets across the country vary significantly, as shown in a number of meta-analyses, driven largely by a lack of standardization in admission standards and procedures within drug courts.  Plainly stated, some drug courts work better than others.  Some produce negative, counterproductive results.  Others appear to significantly reduce recidivism.   While the majority of studies since 2005 indicate drug courts reduce recidivism, the overall reduction, on average, across the studies is small – around 8-26% in most studies[2].  Further, many of these studies suffer from selection bias and “drift,” which call into question any claimed reductions[3].  On average, across the country, drug courts tend to select less serious offenders, leaving more serious and violent offenders to traditional dockets.  This skews recidivism comparisons between the two groups.  The groups are further skewed by drug court “clients” who fail out and are transferred to traditional dockets; such transfers artificially increase the post-graduation performance of drug court graduates, while these hard cases harm the recidivism rates of traditional dockets into which they are transferred7.  The Scottish Government Community Justice Services (SGCJS), in assessing US drug court research, found studies to be “few” and to feature “sometime flawed randomized trials.”  It noted that, “across all the studies, drug courts have significantly outperformed normal adjudication in reducing indicators of crime, but in the stronger randomized trials the effect was weaker and no longer statistically significant.”  That is, the SGCJS found that the multitude of drug court studies did not prove drug court actually reduces recidivism rates.

Similarly, while some meta-analyses of drug courts show that drug courts save money vis-à-vis traditional dockets, some recent studies from highly credible institutions show just the opposite.  Much of this recent research is fixing flaws in prior analyses, adding the cost of wrap-around services (capitalized and not) funded by grants external to drug court payments as well as estimated damages caused by drug addict offenders while free.  The most comprehensive meta-analysis to date, funded by the Brookings Institute and the Urban Institute, concluded that 86% of drug courts are cost positive by an average of about $5,000 in comparison to traditional dockets[4].  Similarly, the UK Ministry of Justice found that compared to a standard 12-month drug rehabilitation order, drug courts cost an additional £4,633 per offender.  The SGCJS found that drug courts cost £12,205 per offender more, on average, than standard dockets in a study of pilot drug courts in Scotland.

Aside from a questionable research base, drug courts suffer from a series of other philosophical and practical flaws.

The past three years have been riddled with outrageous news stories of corruption within drug, DUI, and other specialty courts. In my own case, I was the victim of a heroin addict whose father ran a rehab at a recovery church – a church for addicts – associated with the court system while addicted to opiate pain pills at the very same time. An internal affairs investigation into my case revealed that the drug court manager asked the judge for special favors for my offender as well as other improprieties – neither I, nor a single other victim, was ordered a dollar of restitution and the offender was placed in a rehab, while on probation, administrated by friends of the church.  My civil case was in front of another judge from the church, who did not recuse himself.

In Tennessee, a drug court judge purchased drugs from and had sex in his chambers with a drug court client.  In Illinois, a drug court judge overdosed from drugs purchased from a drug court probation officer; further, it was revealed he signed an order to release one of his dealers. In Florida, a drug court judge, twice, was forced to leave the courtroom by her staff, drunk, one time taking her keys. Later, she was convicted in a DUI, leaving a victim hospitalized with a concussion. In Oklahoma, a drug court employee was arrested for raping a client. In Nevada, a drug court judge was arrested for crashing her car into a fence while driving under the influence. In Washington state, drug court funds were used to fund housing for clients; the house was turned into a “drug den.” These are examples of just a few of the dozens of arrests related to drug courts occurring during just the past three years.  Few, if any, of these cases made national news in any meaningful way.

To echo a statement published by Jennifer Broxmeyer in the Yale Law Journal, “regardless of whether drug treatment courts work, there is something disingenuous about continuing to invest in these courts without discussing their purpose and merits[6].”  There are serious philosophical and operational issues with drug courts; further, regardless of what drug court advocates purport, research is inconclusive, even after 25 years, as to whether drug courts actually reduce recidivism or save money.

While wrap-around service providers and rehabs are benefitting to the tune of hundreds of millions in treatment dollars every year, either directly from drug courts or via external federal, state, and local grants, drug offenders are not even required in many drug courts to pay restitution to victims.  Further, drug offenders may not be able to pay even if ordered to do so.  Continuing to invest valuable taxpayer money in drug courts, in the face of serious shortfalls in research alongside operational and philosophical concerns, is both irresponsible and a slap in the face of crime victims.

Instead, legislators should demand additional and conclusive research on drug courts before funding these models. At the same time, they should seek to continuously reform and improve the current model and identify alternatives to drug court, which, as suggested earlier, might encompass a combination of required jail time and treatment.

William Werkmeister is a summa cum laude graduate of Cornell University in Applied Economics and Management, as well as a masters graduate of both the Harvard Kennedy School and Yale School of Management. Additionally, he conducted graduate and professional studies at New York University and the London School of Economics and Political Science. Werkmeister regularly writes on issues involving politics, business, economic policy, international affairs, and criminal justice policy. He currently works as a partner with a PE/VC firm which finances socially-oriented businesses, and earlier in his career established a state-sponsored economic development and venture fund, served as Treasurer of the largest non-bank SBA lender, and worked as an investment banker with Salomon Smith Barney and Citigroup.

[5] University of Maryland Law Journal of Race, Religion, Gender, and Class.  Volume 10, Issue 1 (2010)  The Effects of Net-Widening on Minority and Indigent Drug Offenders: A Critique of Drug Courts. Gross, J.