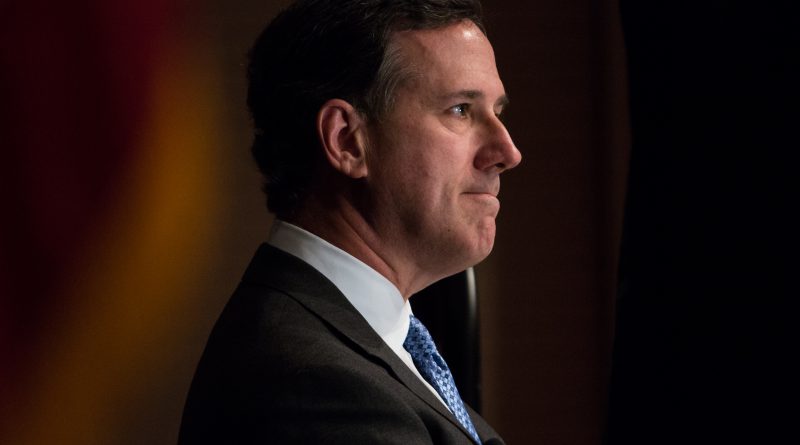 Reacting to the Pope’s calls for a responsible capitalism that considers its environmental impact, Santorum called him a “vulgar Vaticrat.”

“What the Pope doesn’t get is that trying to keep the Earth inhabitable for human life will have a huge cost on everyday American jobs,” Santorum said. “Reducing global poverty, caring for the dying, addressing droughts and famines–he’s advocating for these policies without considering their economic consequences for America. It’s selfish and it’s reckless.”

One attendee asked Santorum whether he believed climate change was occurring as a result of human activity and CO2 emissions.

“No, I don’t. But I’ll tell you this: I see climate change as a huge opportunity for American growth and job creation. I’m excited about it and that’s why we have to fight back against these carbon taxes and emissions regulations.”

“Already we’re seeing that rising temperatures, higher ocean levels, extreme floods and hurricanes…all these things are generating impressive economic activity. The infrastructure, construction and housing industries are already beginning to boom. My friends in the insurance industry see this as a real blessing—they’re expecting huge growth from this stuff.”

Santorum conducted an energetic back and forth with event attendees about Pope Francis, who is trained in chemistry.

“He thinks that because he’s a scientist and a moral leader that he can push us around,” Santorum said. “But whether it’s corporate responsibility for banks and oil companies, alleviating dire poverty, reducing global economic inequality, or whatever the next trend is, when it comes to the Pope…what do we say?” The crowd replied in laughter and unison, “Just say ‘Nope!’”

He continued by drawing a comparison between the Pope and advocates of cigarette industry regulation.

“All this by Pope Francis is just another push for big government,” Santorum said. “But it’s like with cigarettes. Liberals want to keep regulating them and taxing them into oblivion. But every year 480,000 Americans die from illnesses connected to smoking. Think about that number. For each one of those deaths, there are hardworking ambulance drivers, nurses, oncologists, florists, undertakers, and gravestone manufacturers. Those are millions of real American jobs.

“That’s why when I was Senator from Pennsylvania we used to joke that our biggest job creator was cancer. At the end of the year we’d throw a cancer-themed party. One of my team was even pushing for a National Cancer Appreciation Day,” he said to chuckles and applause.

Santorum is currently polling at 1.8 percent in the national Republican presidential primary, according to an aggregated average of recent surveys.