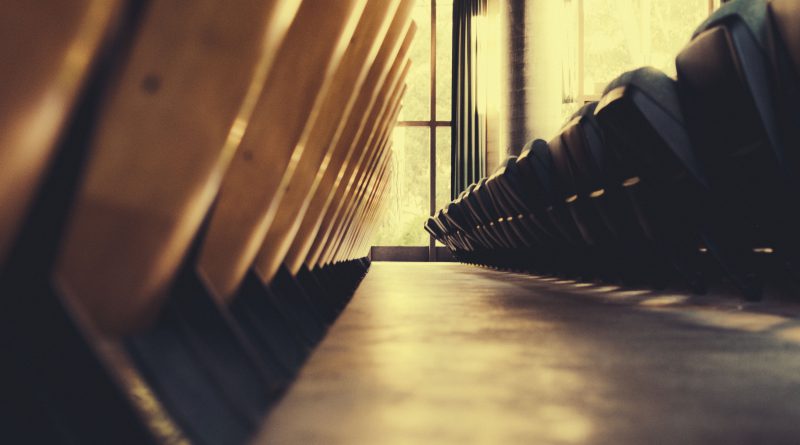 “[Charter schools] have become the leading edge of long-cherished ideological crusade by the far right to turn education into a consumer choice rather than a civic obligation.”  – Diane Ravitch, a leading author and academic on the American education system.

“The only threat charter schools hold is to the myth that poor students can’t succeed academically.” – Geoffrey Canada, founder of the Children’s Harlem Zone in New York City.

Critics of charter schools today, like Ravitch, claim that they are privatizing public education but not performing any better than regular district schools. Supporters like Canada, however, claim charter schools are giving parents a previously inaccessible choice and in fact outperforming their regular district neighbors. How do we reconcile these sweeping, opposed statements, as they grow louder in today’s media and provide little insight into what is actually working for students? Who is empirically correct?

As the policy gods will have it, the research technically supports both sides in different ways. Depending on the methodology and population of interest, we can draw different conclusions about the effects of the charter movement on student achievement. Recognizing these technical nuances is the key to shaping education policies that best serve students and their families. I will first look at research coming out the Center for Research on Education Outcomes at Stanford University that focuses on charter school effectiveness nationally and is groundbreaking in its size. Then I will look at a recent study on Boston charter schools specifically which is narrower in scope but important for its policy implications.

First, let’s look at the evidence critics use to claim charter schools are not performing any better than their district neighbors.  In 2013, Stanford University’s Center for Research on Education Outcomes (CREDO) released results from a national study of charter schools. This study finds that 31 percent of charters performed worse on student test scores in mathematics and 19 percent of charters performed worse on student test scores in reading compared to the nearby district school the student would otherwise attend. However, they also found that 29 percent of students scored higher than their nearby district school on mathematics and 25 percent scored higher on reading. These mixed results paint an inconclusive picture. A study this massive with representation from all sorts of different communities is exciting from a national perspective – its results are easily extrapolated to the American charter movement as a whole.  The downside, however, is it leaves room for unobservable variables (differences in individual student work ethic or home environment for example) to bias results and greatly decrease the ability to claim a causal effect.  Additionally, the study does not elucidate the mechanism between student differences and the variation in district level results. The mixed results and this methodological trade-off make it difficult for policy-makers to make real decisions concerning their particular communities. A closer look at smaller subsets of the population, though, paints a more nuanced and more conclusive picture.

Now let’s look at contradictory evidence that can be used by supporters of the charter movement. Recent research by Abdulkadiroğlu et al. on Boston Public Schools (BPS) shows that students in charter schools score 0.36 standard deviations higher in math and 0.2 standard deviations higher in reading on standardized tests. For reference, the national achievement gap between black and white students on standardized tests in math is a little over 0.7 standard deviations. Based on these results, it is reasonable to suggest that should the same student remain in these charter schools for two consecutive years, the black-white standardized test achievement gap could essentially be closed for black students in these charter schools. This is remarkable considering the structural and historical inequality the black-white achievement gap symbolizes.

A strong appeal of this research on BPS is its methodology. It uses the lottery system of oversubscribed charter schools to mimic randomization.  It compares students who randomly “win” the lottery to those that randomly “lose” the lottery – the idea being that unobservable variables affecting student outcomes (in this case test scores) cancel each other out on average.  Because of its methodology, this study has a high ability to claim causality between charter school enrollment and higher student achievement, which is enticing for those looking for a more empirically sound conclusion.  The methodological downside?  These results are only valid for oversubscribed charter schools in BPS and cannot be extrapolated to other districts or even undersubscribed charter schools within BPS. This is due to the fact that the experiment only randomized students on the margin – those on waiting lists to these particular charter schools – so results are not relevant, for example, for a student in a district school who has never entered the charter lottery. These findings still have incredible implications though. The methodological strengths of each type of study can support opposing arguments but ultimately suggest that focusing on differences in charter effectiveness on a regional level is most informative for local policy-makers.

Stanford’s CREDO recently published results focusing on 22 state-specific reports on charter school effectiveness.  As expected, the results vary by region. Certain regions such as Boston, Newark, N.J., New York City and Washington, D.C., dramatically outperform the neighboring district school their students would otherwise attend. In other urban areas such as Austin, Texas, and Las Vegas, Nev., charter schools are underperforming compared to their district neighbors. Qualitative analysis is needed to tell the story behind the regional variation here, but one conclusion can be made: certain charter schools and networks are making remarkable gains that should not be ignored by local policy-makers. In some cases, as in Newark, N.J., the black-white achievement gap is actually being reversed. Contrarily, a number of charter schools in certain areas are underperforming and should be subject to similar scrutiny as their district neighbors. A few hypotheses for why some regional networks are outperforming others are higher quality teachers, transformational leadership, and various differences in school culture.

Politics still remains an issue with charter school regulation as seen with Mayor De Blasio’s initial attempt to close down Success Academy charter schools, one of the highest performing networks in New York City, when he was first elected. In the political drama that ignited between Success Academy’s founder Eva Moscowitz and Bill De Blasio, the mayor is quoted saying it is “time for Eva Moskowitz to stop having the run of the place… she has to stop being tolerated, enabled, supported,” to the United Federation of Teachers. These words highlight the unfortunate fact that school quality is not at the forefront of this debate. Politics aside, not all charters should proliferate without limits. The CREDO study is still valid in pointing out that there are plenty of poor performing charter schools out there, even in New York City, that must be scrutinized, evaluated, and subject to closure. In Boston, for example, suburban charter schools tend to underperform compared to their district neighbors. The ideal response from policy-makers is to identify why certain charters are successful in urban areas, distribute and encourage best practices, and critically analyze why suburban charters are not effective in the same way. As mayor De Blasio has also rightly said, “The answer is not to find an escape route that some can follow and others can’t. The answer is to fix the entire system.”

Moving forward, policy-makers must look at regional and school-level data to make decisions concerning charter school caps, regulations, and expansion. Similar devices should be used to evaluate district schools so that both types of schools are evaluated similarly in an attempt to serve every child in the system. What works in rural Nevada may not work in urban New Orleans, and what works in Harlem may not work in Brooklyn. Rather than promote sweeping reforms triggered by political beliefs, local policy-makers should critically consider the abundance of evidence available to them from CREDO and other sources. A nuanced, empirically based approach to this issue, disentangled from political contention, will only work to improve the lives of all students in the public school system.