Home > Blog > The Digital Gender Gap: Unleashing the Value of the Internet for Women 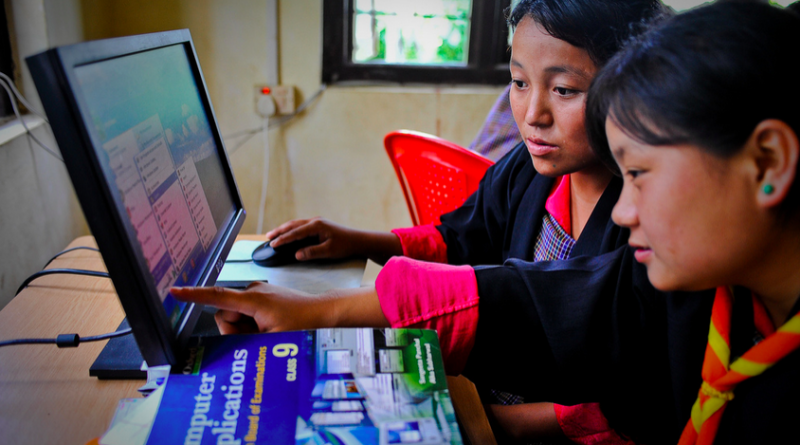 Today, four billion people, or two-thirds of the planet, are offline, but that is rapidly changing. Momentum is building among private, public, and non-profit actors to expand Internet access globally. From Facebook’s Internet.org to the Alliance for Affordable Internet to Oluvus, numerous projects have launched in recent years with the shared goal of bringing individuals and communities online. A better-connected planet will set off a cascade of social and economic benefits. For instance, a recent study by McKinsey found that increased Internet penetration could boost GDP on the African continent by 10 percent (more than USD $300 billion) by 2025.

The excitement and support for increasing connectivity are well founded. However, a growing body of data also points to a less celebratory aspect of this digital revolution: women have disproportionately been left behind.

Intel’s 2012 Women and the Web report found that 23 percent fewer women than men had access to the Internet across the developing world. Looking at mobile access specifically, a 2015 GSMA report found that women were 14 percent less likely to own phones than men, translating into approximately 200 million fewer women mobile users. Beneath these statistics lies further variance. In certain regions, the gaps in women’s access to the Internet are much greater. For instance, in South Asia, women are 38 percent less likely to own a mobile phone than men.

The potential benefits of bringing more women online are enormous. Closing the 14 percent gap in women’s mobile access could create a $170 billion market opportunity for the mobile industry over the next five years. International development organizations have recognized the benefits of bringing more women online too. As Melinda Gates wrote earlier this month, access to Internet-equipped mobile phones will be especially critical for women seeking to gain access to financial services and to break cycles of poverty.

In addition to research and advocacy on the digital gender gap, non-profit, government, and private sector actors have also undertaken programmatic work to address it. Often, these programs focus on finding ways to lower the cost of using the Internet, as affordability remains a major challenge for many women (and men) globally. In this vein, the U.S. Agency for International Development and GSMA mWomen partnered to design a new phone plan for women in Iraq with discounted rates. The impact was significant: more than two million Iraqi women enrolled in the phone plan during the project’s first two years.

Connecting women to the Internet and to business opportunities is also increasingly a focus of programs. For instance, the Cherie Blair Foundation for Women helped 1,500 women in India use a mobile app to manage an agricultural supply chain, and provided 100,500 more women around the world with business training via mobile phones. In Bangladesh, D.net’s Info Ladies are supported in starting their own small enterprises: biking to rural villages with laptops and Internet-equipped USB sticks to offer Internet access to communities without connections in exchange for small fees. These programs speak to the personal, professional, and financial gains that Internet connectivity can bring to women.

The impact on GDP growth and poverty reduction of bringing the next million (or billion) people online is huge, and symbolizes a goal worthy of the growing research, policy, and programmatic attention it has received across sectors. However, the Internet’s benefits will not be fully realized without concerted policy and programmatic efforts to bring more women online through addressing the economic, social, and political barriers they currently face.

While many programs have found some ways to make the Internet more affordable for women, cost is just one barrier. Barriers to women’s Internet access are also social and political, meaning that growing economic prosperity alone will not correct the digital gender gap. Globally, women are more likely than men to face familial and/or societal censure for using the Internet. Among its four case study countries for the Women and the Web report, Intel found that 12 percent of women surveyed in both Egypt and India deemed Internet use “inappropriate” for women, versus just 2 percent of women in Uganda and 1 percent in Mexico.

These data point to the complexity of social and political barriers for women’s Internet access. They also demonstrate that a country’s level of economic development does not necessarily correlate to the presence (or lack) of a digital gender gap. We know less about how to address barriers rooted in social and political inequities, in part because research is still needed to better understand them, and in part because of the great variance between countries. As cost barriers decrease and more women begin to come online, social and political barriers will also change. Barriers may decrease in some places as women begin to command more economic resources and autonomy, but there is also a risk of backlash in response to women’s increased access to online platforms for economic, political, and social engagement.

While GDP projections can help us grasp the economic dimensions of growing Internet connectivity, and may be a necessary metric to help spur action, they fail to capture the many other intangible benefits that increased Internet access may bring– to women, and to men. For instance, Intel found that 30 percent of the women it surveyed in the developing world used the Internet to earn income, but that many more saw the Internet as a means of empowerment. Eighty-five percent of the same women said that the Internet provided them with more freedom, and 90 percent thought that access to the Internet was a human right.

These numbers remind us of why expanding Internet access is critical, and why women cannot be left behind. They also remind us that there are billions of people today living without a connection, who are ready and waiting for the Internet, believing in its potential and their own.