Home > Blog > Preventing Unilateral Actions: How to Exercise Preemptive Self-defense within the Scope of International Law 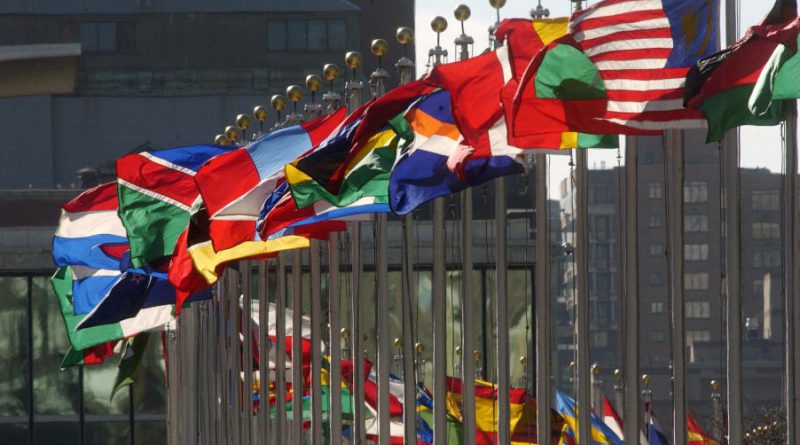 The United States has been employing preemptive self-defense as a justification for use of force as it carries out its war on terror. Preemptive use of force became a national security strategy under the Bush administration following the terrorist attacks of 9/11. As part of this strategy, there have been many instances in which the United States has employed preemptive self-defense outside the limits of international law.

Under the Charter of the United Nations, a source of treaty law, prohibition of the use of force is dictated in Article 2(4), which requires states to “refrain in their international relations from the threat or use of force against the territorial integrity or political independence of any State or in any other manner inconsistent with the Purposes of the United Nations.” Chapter VII of the Charter, however, lists two exceptions. In Article 39, the UN Security Council is authorized to determine whether there is a threat to the peace, breach of the peace, or act of aggression, and consequently, whether there can be use force against the breaching state. And under Article 51, a state has the inherent right of self-defense if an armed attack occurs against that state.

Customary international law also prohibits illegal use of force against another state. However, while Article 51 of the Charter requires an actual armed attack in order for a state to claim its right to self-defense and use force against the attacking state, customary international law generally accepts preemptive force as self-defense. US Secretary of State Daniel Webster set forth the two criteria for a state to exercise anticipatory self-defense in the Caroline affair: necessity and proportionality. Accordingly, a state contemplating preemptive force must prove both the necessity for preemption and the proportionality of its action to the threat posed by the would-be attacking state.

Justifying the Use of Force: The United States Example

Although international law defines the rules governing the use of preemptive force, there have been many instances in which states have invoked preemption outside of legally justified contexts. This is particularly the case for the United States, which has repeatedly employed preemptive self-defense outside the limits of international law.

On October 7th, 2001, for example, the United States commenced an aerial campaign in Afghanistan, proclaiming that it was exercising its inherent right of self-defense. In this regard, some argue that the UN Security Council Resolutions 1368 and 1373 adopted after September 11th, which aimed at combating international terrorism, did not clearly authorize use of force against Afghanistan under Chapter VII. Others claimed that use of force by the United States was unnecessarily disproportionate to the threat posed by forces in Afghanistan. It was also debated that under Article 51, only states can be targeted when exercising the right of self-defense, and therefore, preemptive force against the non-state actor al-Qaeda was not justified under international law.

Likewise, the United States launched Operation Iraqi Freedom against Iraq under the claim that the existence of weapons of mass destruction in the region posed a considerable threat to US national security. The credibility of this belief aside, a number of countries concluded that the United States did not comply with the Caroline criterion of demonstrating an instant, imminent, and immediate threat posed by Iraq. They argued that, assuming Iraq had weapons of mass destruction, there were no clear signs that Saddam would use them in a manner that would directly threaten the national security interests of the United States.

Further, US drone attacks against Pakistan and Afghanistan were initiated with the justification of preemptive self-defense. The United States asserts that it carries out drone attacks on senior members of Pakistani and Afghan-based Taliban and on tribal militias who engage in hostile operations against US forces to eliminate terrorist networks and thus prevent future attacks. However, it is debatable that Pakistani and Afghan Taliban are currently engaged in terrorism against the United States. The victim states of their actual and potential terrorist activities are Pakistan and Afghanistan, so it could be argued that only these states have the right to preemptive self-defense. It is also argued that drone attacks on Pakistani soil can only be carried out if terrorist acts by non-state actors residing in Pakistan are so intense and severe that they qualify as armed attacks against the United States under Article 51, and if Pakistan itself was guilty of sponsoring such terrorist activities.

Moving Forward: Complying with use of force laws

Because the United States has resorted to unilateral force and justified its actions under the preemption doctrine, and will likely continue to do so in the future, its actions should be kept within the boundaries of international law as much as possible. To that end, it should adopt new principles that invoke the use of force responsibly and only as a last resort. The United States can take a number of actions to promote compliance with the use of force laws and ensure that other states strictly observe the existing constraints.

Firstly, the United States must comply with international law to set an example for other states. To that end, the United States should recognize the Caroline criteria for preemptive self-defense in its national security strategy. Before preemption, the United States should prove the imminence of attack by the enemy state, the necessity to forestall it by preemptive use of force, and the proportionality of its preemptive action to the threat posed by the enemy state. Israel’s defense of the Six-Day War in 1967 illustrates how states can prove that the Caroline criteria are met. During the UN General Assembly debates, Israel argued that the blockage of the Straits of Tiran, the eviction of UN peacekeepers from Sinai, and the mobilization of land forces at the border by Egypt were clear signs of an imminent attack on Israel and required preemptive use of force.

Secondly, in order to make sure that the law of use of force is enforced, the United States should bring the attention of the international community to the violating states and advocate for Security Council resolutions that stipulate gradual sanctions against those states.

Thirdly, the United States should seek the United Nations’ endorsement of a soft-law mechanism on the guidelines of preemptive self-defense that define the conditions of imminence and proportionality. In cases where the imminence criterion cannot be demonstrated, the use of preemptive force should only be invoked with the authorization of the Security Council under Chapter VII.

Lastly, the United States should urge members of the International Criminal Court, a permanent institution which has the power to exercise its jurisdiction over persons for “the most serious crimes of international concern,” to annex “acts of aggression” which basically constitutes illegal use of force by a state against the sovereignty, territorial integrity or political independence of another state. Redefining the acts of aggression as an international crime would deter national policy makers from unilaterally exercising illegal use of force.

Such a policy will help to ensure that the United States leads the international community in establishing a more rule-based legal regime, in addition to providing a less destabilizing environment in which states refrain from unilaterally exercising illegal use of force.

Yasir Gokce is from Turkey. He is a first year MPA student at the Harvard’s Kennedy School of Government focusing on international law. Before HKS, he practiced as a lawyer for a few years in Turkey. More recently, he has been working for the Ministry of Foreign Affairs of Turkey as a political officer.