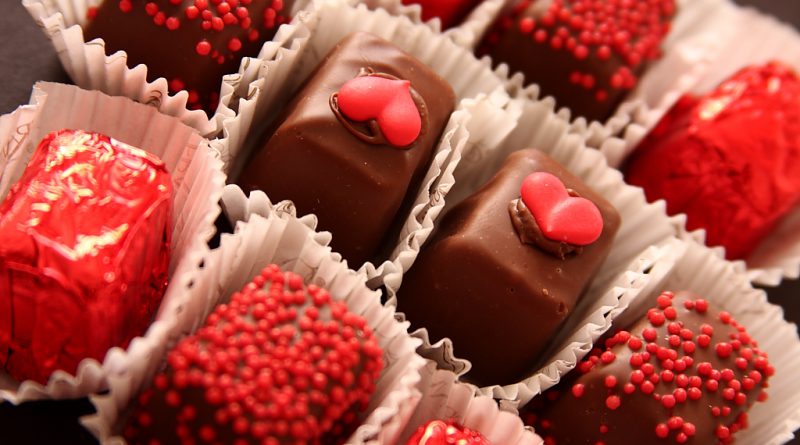 How will Americans say “I love you” this Valentine’s Day? Through $18.9 billion in gifts to our darlings, according to the National Retail Federation. Over half of us will purchase candy, including an estimated 36 million heart-shaped boxes of chocolate. Yet as we hand our honeys that box of tasty morsels, do we pause to think about where our chocolaty gift comes from? Do we know with any confidence that child labor was not an unwelcome ingredient? A new bill, the Business Supply Chain Transparency on Trafficking and Slavery Act, would lead to increased transparency in the chocolate, electronics, and other industries.

Chocolate serves as a helpful case study to illustrate why legislation is needed. Farmers living on small, family-owned plantations in West Africa are the primary growers of cocoa beans, and Ivory Coast farmers provide more than one third of the world’s chocolate. Yet, as global demand for chocolate increases and cocoa prices rise, these farmers do not capture their fair share of the profits. Demonstrated by CNN’s “Cocoa-nomics”, growers in West Africa are likely to receive only around 3 percent of the final value of a chocolate bar, compared to around 16 percent in the late 1980s. Over that same period, the manufacturers’ share has increased from 56 percent to 70 percent and the retailers’ from 12 percent to 17 percent. This squeeze in resources causes some farmers to turn to unsavory labor practices, including the worst forms of child labor as defined by the International Labour Organization (ILO). According to ILO Convention No. 182, child labor “jeopardizes the physical, mental or moral well-being of a child, either because of its nature or because of the conditions in which it is carried out, is known as ‘hazardous work’”, and can be thought of as a form of human trafficking or modern slavery.

Over the past decade, the cocoa industry has faced attention from labor and human rights groups. In documentaries such as “The Dark Side of Chocolate”, filmmakers go undercover to learn if children are enslaved on West African cocoa farms. They find kids as young as seven years old working illegally on plantations where they wield dangerous tools to cut down cocoa, carry heavy loads, and are exposed to harmful pesticides. Most kids receive no pay. The CNN Freedom Project covered the issue in a series entitled “Chocolate’s Child Slaves”. Even Harry Potter fans took on child labor in the chocolate industry, going on to win an advocacy campaign against Warner Bros. Entertainment, Inc. to feature only fair trade certified chocolates in Harry Potter product lines.

As a result, companies have begun to respond to budding consumer demands. The Nestle Cocoa Plan and Cargill Cocoa Promise both include detailed strategies for how the companies intend to improve individuals’ livelihoods in the communities they reach, such as farmer training and increased access to education and healthcare. Non-profit organization Stop the Traffik rates the major chocolate companies on steps they have taken to address child labor. Their conclusion? The biggest companies, Nestle and Cargill included, still do not do enough because corporate social responsibility efforts are voluntary.

We can’t rely solely on the good work of non-profit organizations to alter the hazardous behavior of major multinational corporations. The Business Supply Chain Transparency on Trafficking and Slavery Act would require companies with a minimum of $100 million in annual worldwide gross receipts to report on their efforts to address slavery and child labor within their business operations to the Securities and Exchange Commission and on public websites. A dedicated group of the world’s leading anti-human trafficking organizations under the name Alliance to End Slavery and Trafficking (ATEST) has backed a version of the bill introduced by Representative Carolyn Maloney (D-NY) in July 2014. Since January, the 114th Congress already passed a series of human trafficking-related bills, mostly on domestic minor sex trafficking. The new disclosure bill should be next in line.

This time around, ATEST needs our support. Chris Miller of ATEST member organization Free the Slaves encourages us to join the advocacy campaign. First, the bill needs to be reintroduced. You can contact your representatives in Congress to ask them what they are doing to address child trafficking. Ask if they support The Business Supply Chain Transparency on Trafficking and Slavery Act and if they will commit to co-sponsoring the bill. Let them know you do not support the exploitation of workers, especially children, at the other end of your supply chains.

What else can you do?

–   Donate: The National Retail Federation estimates the average person celebrating Valentine’s Day will spend $142.31 on candy, flowers, and apparel. Why not redirect some of that money to the fight against human trafficking? Check out EndCrowd for opportunities to directly support anti-trafficking projects.

–   Learn: Check out the resources linked throughout this article to learn more about the economics of the cocoa industry and the issue of human trafficking. Or start here.

–   Spread the word: Join the Share the Love Thunderclap to send a personal thank-you note to fair trade farmers. Invite others to join you via Facebook and Twitter.

Finally, use your purchasing power to vote for better practices. When you pick out chocolate for your Valentine this year, think of the price thousands of children have paid to harvest the cocoa we enjoy. Opt for products with fair trade labels, such as Fair Trade, UTZ, and Rainforest Alliance. Show you really care by taking the extra step to give slavery-free chocolate.

Caitlin Ryan (@cryandc) is a Master of Public Policy candidate at Harvard’s Kennedy School of Government. She previously worked as a management consultant at Deloitte, where she advised senior government officials within U.S. law enforcement and Intelligence agencies. In that role, her data analysis efforts led to the identification of 21 traffickers and 15 survivors of sex trafficking. Caitlin helped build the capacity of several non-governmental anti-human trafficking organizations, and now serves on the board of DC Stop Modern Slavery. She hails from Lindstrom, Minnesota and attended Georgetown University’s School of Foreign Service.