Home > Blog > The Criminal Justice System Is Not Broken, It’s Doing Exactly What It’s Meant To Do 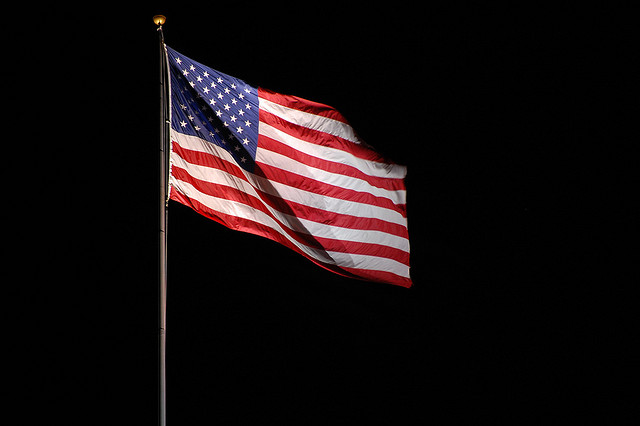 Given the criminal justice system’s racist history, the failures of  grand juries to indict Officer Darren Wilson and Officer Daniel Pantaleo are unsurprising and show the need for dismantling, not reforming.

First, the history: In But They All Come Back: Facing the Challenge of Prison Reentry (Urban Institute Press 2005), Jeremy Travis explains that the first prison, High Street Jail, was built in Philadelphia in 1682, with the intention of rehabilitating prisoners. In the pre-Civil War period, prisons were used to house primarily White prisoners (because the majority of Blacks were enslaved and punished by plantation owners). At the time, the criminal justice system dictated that prisoners who showed repentance through good behavior should be released. In addition, the state believed it should provide resources to support good behavior inside detention centers. Incarceration was once intended to prepare an individual to return to society ready to engage with social norms, not just to protect society from evils.

It wasn’t until after the Civil War, in the midst of Reconstruction—when for the first time Blacks had voting power and Southern White power felt threatened—that we saw our system change to its current punitive form. Following Reconstruction, our prisons transformed from places of rehabilitation to moneymaking institutions through the use of chain gangs, essentially a new form of slave labor. Freed slaves were charged with not fulfilling sharecropping commitments (which was almost never supported by evidence) and hired out as part of a prison chain gang to work fields, mines, or railroads. Today, labor exploitation continues as 37 states have legalized contracting out prison labor to private corporations. The criminal justice system became, and remains, a new way to ensure disenfranchisement of people of color by using them as cheap labor for the powerful. This new American ideology—that prisoners should be punished rather than rehabilitated—created the sturdy foundation for the labor exploitation of people of color and the status quo monopoly of political and economic power.

The 1960s and the Civil Rights Movement brought a second round of desegregation and political voting power to people in communities of color. The fear and threat from this “second Reconstruction” was the precursor to the War on Drugs. This  “war” led to the most dramatic increase in the number of people incarcerated, disproportionately Black and Latino, in our country’s history with little discernible effect on drug usage.

Today when people speak of a broken criminal justice system, we ignore that our current criminal justice system was created to incarcerate Blacks, perpetuate systems of oppression, and maintain political disenfranchisement. Our system is not broken. It does all of that beautifully. Michelle Alexander, author of The New Jim Crow (The New Press 2012), revealed the connections between racial oppression and incarceration in a 2011 speech when saying that there are more Black men in prison now than were enslaved in 1850.

The statistics: Blacks and Latinos make up 58% of all prisoners yet only 25% of the American population.  Despite similar drug usage rates across all communities and races, people of color are more likely to be prosecuted and receive harsher sentences for a drug-related crime. Prosecutorial and jury bias means that 1 in 3 Black men will spend time in prison. In addition, the Sentencing Project in the Criminal Justice Primer found that Blacks serve the same amount of time in federal prison for drug offenses (58.7 months) as Whites serve for violent offenses.

Our criminal justice system continues to live up to its original purpose, racial oppression. And, reforming the criminal justice system enables us to maintain that system once based on, and still resulting in racially motivated disenfranchisement. Reform simply sanitizes the aspects of the system we do not want to see. We feel better, but the system is not better. To change the intention of racial oppression we need a completely different paradigm, such as a restorative justice model.

Reetu Mody is currently pursuing a Master of Public Policy (MPP) at the Harvard Kennedy School of Government and a Juris Doctorate (J.D.) at the University of California, Berkeley, School of Law (Boalt Hall). Reetu has worked on both the rights of those harmed by crime and the rights of those who commit crimes. The realization that the line between those who perpetrate and those who suffer from violence is not black and white, and yet, our criminal justice system is pushed Reetu to enter the criminal justice field. During law school, Reetu worked as a law clerk for the Contra Costa County Public Defender’s Office, the Death Penalty Clinic, and the Capital Post-Conviction Project of Louisiana. She is currently working on a Master’s Thesis examining the best interventions for communities affected by mass incarceration.