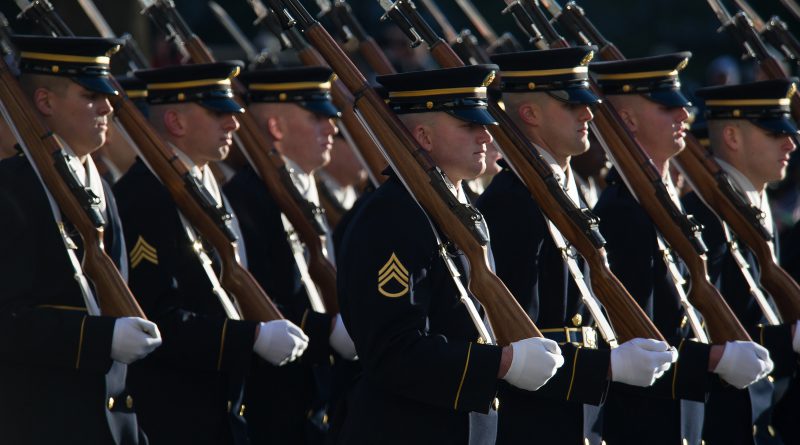 At a friend’s wedding a couple weeks ago, I exchanged introductions with a woman seated next to me. Upon learning that I was an active duty soldier, she said, “Thank you for your service.” She was sincere, but awkwardly confessed that she didn’t quite know what to say when meeting soldiers who had deployed. She asked if it was even appropriate to thank me.

It occurred to me that many Americans engage in similar exchanges, often in the hustle of busy airports where they encounter service members traveling back and forth between deployments or home for the holidays. While many don’t personally know a service member, they do want to acknowledge their appreciation.

Despite such cordiality between military and civilians today, compared to previous wars, something is markedly different. America today is unfamiliar with, even alienated from, the veteran experience. Indeed, this awkwardness certainly reflects that Iraq and Afghanistan have been out of sight and out of mind—little more than statistics every now and then on the nightly news. The veteran experience often remains invisible.

According to the Department of Veterans Affairs, more than 16 million Americans served in World War II, representing about 9% of Americans; practically every American was connected in some personal way to the war. While relatively fewer Americans served in Korea (5.7 million veterans, or 3.6% of Americans) and Vietnam (8.7 million veterans, or 4% of Americans), the military still had an overt presence in American society. There was a draft that affected—or could have affected—every family; the wars led the news daily. The “military” was more of an “us” rather than a “them.”

Today, the “Post 9-11” veteran cohort is an all-volunteer group of 2.5 million Americans, making up less than one percent of the population.  A 2011 Pew Research Center Survey found that 71% of the general public and 77% of veterans believe that the public does not understand the problems faced by those in the military.  This misunderstanding, along with fewer military connections among Americans, illustrates a growing civilian-military gap. Certainly, this growing gap adds to the sense of distance, awkwardness, and unfamiliarity with the veteran experience.

Many other veterans transition to universities and graduate programs across the country, giving back to the nation they served in professions like business, law, health, and education.

Others are like my friend and West Point classmate, Captain Edward “Flip” Klein, who perseveres as a triple amputee due to injuries sustained during combat in Afghanistan. Life is hard (Flip recently lost his home to fire), but Flip and many other amputees advocate nationally for veterans, participate in races and marathons, and lead productive lives with their families.

Meanwhile, the veteran experience is also reflected in the estimated 50,000 veterans who are homeless, 722,000 who are unemployed, and the 300,000 who are coping with traumatic brain injuries. Nearly 22 veterans take their own lives each day. These veterans’ stories are particularly important as our nation grapples with how best to offer veterans the care they have earned.

Veterans never expect to be thanked—we each volunteered for our own individual reasons. I am grateful for the outreach in airports and elsewhere, but sometimes these passing “thanks” can seem obligatory. Both civilians and military often feel that there is something meaningful missing. I, just like my comrades, am defined by my own wartime experience. This, precisely, is what is missing from our conversations: our unique stories. Offering to genuinely listen to, not just hear, these stories is the most intimate way to say thank you.

Today’s post-9/11 veterans, like generations before, are a stoic group. Veterans usually need to be asked before they voluntarily share, but many deeply want to talk about their experiences. To truly show thanks for veterans’ service, ask if they would feel comfortable telling their stories, to better understand what their service and sacrifices mean to them. These stories are important for veterans’ and our nation’s collective healing.

If you don’t know a veteran, there are many organizations that can connect you with one in your area. Groups like Team Red, White, and Blue were created to bring veterans and civilians together through shared common interests of physical fitness. Team RWB recognizes that a component of veterans’ healing and reintegration in American society is the sharing of their experiences.

Giving veterans an opportunity to share their personal stories can highlight the broad range of experiences that characterizes what it means to be an American veteran. This can help bridge that gap of unfamiliarity we all feel. And by bridging that gap, we can truly show the appreciation that this brave group of men and women deserve.

Our country shares a moral responsibility for what we have done in Iraq and Afghanistan, for good and bad. The weight should not be something that our veterans carry alone—sharing this load is the greatest thanks we can give them.

This Veteran’s Day, perhaps we can begin a new dialogue between our veterans and those unfamiliar with their experiences. In this way, military service will not be an isolated experience but may become something from which we all can learn, heal, and grow.

William Denn is an active duty Army Officer, a veteran of Iraq and Afghanistan, and a Master in Public Policy candidate at Harvard University’s John F. Kennedy School of Government. The views in this piece are his own.

Editor’s Note: A version of this piece was published by The Boston Herald on November 11, 2014.