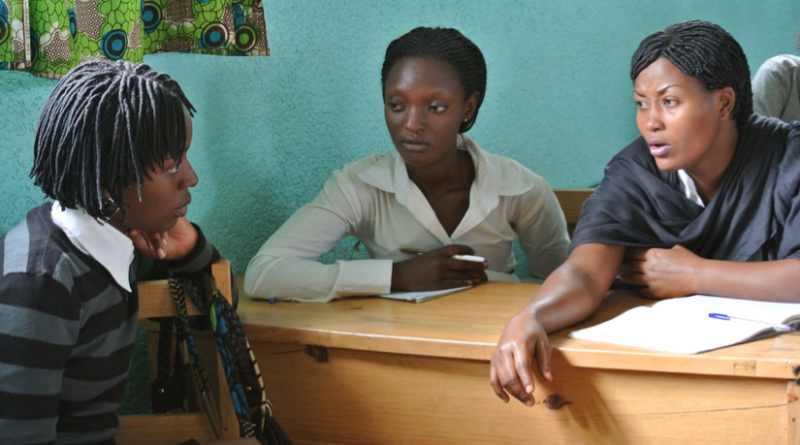 Rwanda is the only country in the world where more women than men serve as elected officials.

For a small, land-locked nation in the middle of sub-Saharan Africa, that’s an impressive distinction. But when you consider how far the country has come over two decades, it becomes downright astonishing.

For Rwandans, the second half of the twentieth century was marked by violence as Hutu and Tutsi groups battled for power. The decades-long ethnic strife culminated in some of the most efficient killing the world has seen. In 1994, Hutu extremists eradicated nearly one million people over the course of 100 days — the vast majority of which were their Tutsi rivals.

In the aftermath of the genocide, Rwanda found itself a country composed of 70 percent women. The violence had been perpetrated by — and largely toward — men. There were simply fewer men due to death, imprisonment, and flight. Killings also targeted civic leaders during the genocide. Out of more than 780 judges nationwide, only 20 survived the violence. Not 20 percent, 20 total.

These skewed demographics resulted in a power vacuum. Prior to 1994, women only held between 10 and 15 percent of seats in Parliament. Out of sheer necessity, and a desire to rebuild their country, women stepped up as leaders in every realm of the nation, including politics.

In the late 1990s, the Rwandan government passed groundbreaking legislation on topics that are typically considered “women’s issues.” These laws gave women the right to own and inherit land, the right to open a bank account without the authorization of a male figure, and afforded special rights and protections to children.

The Start of Quotas in Rwanda

In 2003, the government approved a new constitution that included a quota system for women at all levels of government. The legislation mandated that 30 percent of all representatives, including those in parliament, be women. Rwanda’s quota is different than many other systems in that it’s not a quota solely on candidates, but rather reserves a minimum number of seats for women (often known as Equality of Result quotas). Only women are eligible to vote for the women-only seats.

In elections later that year, women increased their presence in the lower house of parliament from 23 percent to 49 percent. But women’s gains did not end there. When the next round of elections came in 2008, the women’s caucus made a brilliant strategic move. Women who gained prominence in their women-reserved seats decided to use their reputation and experience to run for the non-reserved seats, opening up the women-only positions for a new crop of female leaders.

The result was staggering. Of those elected to the House of Deputies in 2008, 56 percent were women. And in 2013, women’s representation rose even further to 64 percent.

In the era since the quotas were implemented, additional pieces of women-orientated legislation have been passed, including several laws aimed at preventing and punishing gender-based violence, laws granting more extensive property rights to women, and key legislation on women in the workforce.

Implications for Women in Government Worldwide

It’s important to note that Rwanda’s system is certainly not perfect. Their government faces serious accusations of action against opposition parties and of being too strong-handed with many of their policies. These are complicated issues that deserve intense scrutiny.

However, it is clear that a confluence of factors contributed to the rapid progression of female representation in Rwanda and the subsequent passage of women-focused legislation. The distorted gender ratio resulting from the genocide, the implementation of the quota system, and a governmental system that both appoints and supports high-level female officials were each essential to the rise of female leaders here.

But is Rwanda just an extreme case with little relevance to countries that are not experiencing such a dire set of circumstances?

As of today, the average percentage of women serving in parliaments worldwide hovers around 20 percent. It remains at this level, despite the fact that nearly 100 countries have implemented some type of quota system for women in governing bodies. Those who argue in favor of quotas insist that women must achieve some sort of equity before they can achieve equality.

A plethora of research has been conducted on the ways in which female leadership affects the outcomes and attitudes of everyday citizens. Harvard University’s Rohini Pande along with MIT’s Esther Duflo and others have conducted particularly relevant studies. Taking advantage of a randomized natural experiment in India, the researchers found that female leadership has a “role model effect,” which results in increased aspirations and educational attainment for teenage girls.

Using the same policy experiment mentioned above, Duflo and co-author Raghabendra Chattopadhyay found that the reservation of council seats for women significantly affects the types of public goods provided in those locations. Specifically, they choose to invest more heavily in infrastructure for issues that women were concerned about, such as drinking water. While women’s concerns differed between regions, what is notable is that their priorities differed significantly from the concerns of men within their region.

The composition of our representation matters. The events in Rwanda imply that quotas are an effective tool for increasing women’s representation – adding diversity to a country’s leadership and bringing focus to more equitable policy. Evidence from India suggests that the benefits of female representatives are not just relevant in extreme circumstances. As far as women in governance are concerned, there are many lessons to be learned from the Rwandan example.

Elizabeth Bennett is a second year Master of Public Policy student at the Harvard Kennedy School. She is currently spending the summer interning with the Government of Rwanda in Kigali. Previously, she lived in Johannesburg, South Africa where she worked for a small economic development non-profit. She holds a Bachelor of Science in Economics from Vanderbilt University.