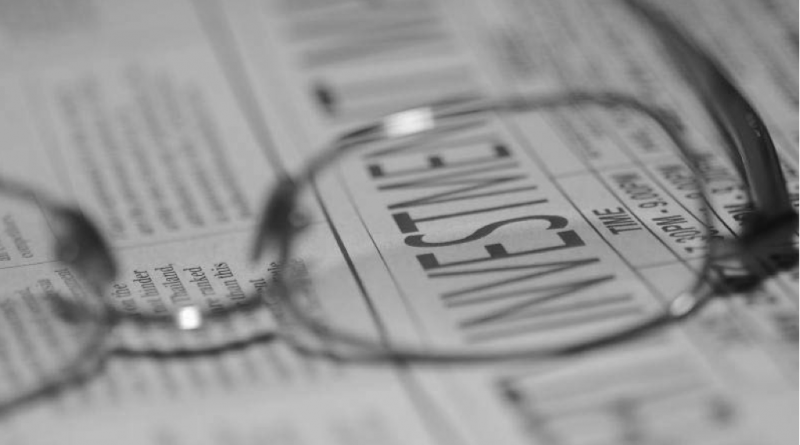 ADAM SMITH WOULD HAVE BEEN mystified by the bankers, government officials, analysts, and activists assembled in the City of London for the inaugural G8 Meeting on Social Impact Investment, a meeting convened at the behest of U.K. Conservative Party Prime Minister David Cameron. Smith, the pioneer of free market political economy, wrote in his 1776 book the Wealth of Nations, “By pursuing his own interest [the merchant] frequently promotes that of the society more effectually than when he really intends to promote it. I have never known much good done by those who affected to trade for the public good.”

The recent enthusiasm for social finance derives from a claim contrary to Smith’s: that by intentionally promoting the interest of society, the merchant or the investor may advance his or her own self-interest as a con- sequence. It has manifested itself worldwide in the creation of dozens of so-called social impact bonds, the establishment of a Social Stock Exchange in the U.K., and in social impact funds inside mainstream investment banks. The possibility that the application of private capital to pressing social needs can generate both a financial return and an improvement in some of government’s most challenging problems is understandably appealing. For governments continuing to feel the fiscal pinch of the global financial crisis, it offers a new source of revenue without an unpopular increase in taxation. For banks seeking to reclaim their place in polite society after the financial crisis, social investment offers a way to “do good by doing well.” For charities weary of the endless cycle of fund- raising and spending, social finance offers the possibility of a sustainable funding stream, in return for rigorously documented achievement against a pre-agreed set of metrics.

Whether social finance deserves, and can live up to, the hype it has generated is the subject of considerably less attention. The sector holds enormous promise—but its promise will likely not be realized as rapidly or as fully as its champions would wish. The sector will face some fundamental challenges to its ability to grow in the coming decade. In particular, investor expectations will need to be better understood and calibrated to likely returns, and subordinate or catalytic capital will need to be created. Additionally, the capacity of the social sector to take on repayable financing will need to grow, and the entire sector will need to learn to tolerate failure when that capacity isn’t enough.

WHAT SOCIAL FINANCE IS—AND IS NOT

This article will proceed with the following definition of social finance: the deployment of private capital (whether investor or philanthropic funds), sometimes in combination with government funding, to address a specified social need, in exchange for a positive expected financial return. This definition includes the work of fully for-profit investment funds, like Generation Investment Management, headed by former U.S. Vice President Al Gore and U.K. financier David Blood.1 It also includes the Rikers Island Social Impact Bond—a joint investment between Goldman Sachs, Bloomberg Philanthropies, and the New York City Department of Correction—to reduce juvenile reoffending at no cost to the taxpayer.2 It includes revenue-generating businesses as well as traditionally grant-dependent charities. The expectation is that social financing will create a positive benefit; it is therefore distinct from the larger category of “socially responsible investment,” which seeks to reduce negative impact by, for instance, not investing in firms associated with the production of tobacco or armaments.

To date, governments have been the major players in the social finance market, but they have been increasingly joined by foundations, dedicated social impact investment funds, and mainstream investment houses. The U.S. Small Business Administration has committed $2 billion to impact investment funds. The United Kingdom capitalized the world’s first social investment bank, Big Society Capital, with GBP600 million (US $1 billion). Those funds are typically available on a matching, or co-investment, basis with money from private investors. Some context to these promising numbers: $2 billion is just less than six-hundredths of 1 percent (0.058 percent) of the U.S. federal government’s 2013 expenditures. None of the U.K.’s social impact bonds have yet reached maturity. Big Society Capital’s chairman acknowledged that the fund would like to be able to make more investments more rapidly than it has been able to thus far.

Investors—including the mainstream investment banks and asset managers—are some of social finance’s most vocal champions. In 2010, J.P. Morgan went so far as to declare impact investment “an emerging asset class,” alongside more traditional asset classes such as debt or equity.3 Investors talk about the possibility of realizing a better-than-market-rate return on a portfolio of social investments. Chairman of Big Society Capital and “grandfather of social investment” Sir Ronald Cohen likens the excitement surrounding social investment to the early days of venture capital in the United Kingdom. Such a comparison is inexact at best—the adrenalin-filled hype surrounding venture capital in the 1970s was fueled largely by the generation of super-normal profits. It is not a given that investors will realize even the risk-free rate from social investments, nor that social finance will create its first billionaire anytime soon.

The quality that will move social finance into the eye-line of mainstream investors and asset managers will be the ability to demonstrate that the sector’s returns are uncorrelated to those of market equities. That quality will allow those investors with a fiduciary duty to maximize shareholder return to invest in social finance projects as part of a diversification strategy, even if the returns are otherwise uncompetitive. Investors and regulators alike acknowledge that proving social finance’s non-correlation to market is the sector’s analytical holy grail.4 Attempts are ongoing but data is limited, and the boundaries of the asset class are still murky. Until the non-correlation condition is satisfied, directors acting without an explicit mandate to invest in social ventures risk being in violation of their obligation to maximize shareholder value.

One of the reasons that investors and governments have been unable to allocate capital as swiftly as they might like is an unsettled debate over the rightful provider of “catalytic capital.” The purpose of catalytic capital in social finance is exactly what it sounds like—to stimulate further investment, either by capping the losses of other investors or providing seed capital to a promising venture or organization. Governments have continually asserted that philanthropic foundations, with their substantial endowments and limited fiduciary obligations of directors and trustees, are the ideal providers of risk capital. Some foundations agree; the Rockefeller Foundation has published extensively on the topic and is also investing significantly. But for many others, the proposition is an unattractive one: they are being urged to switch from their traditional role, a benevolent provider of free money, to effectively underwriting government and corporate investments. It is understandable that they might find such a proposition unappealing. Indeed, by insisting that Big Society Capital funds may not be invested on terms subordinate to any other investor, the government has demonstrated that it finds the underwriter role unappealing for itself. It should not be surprised if foundations agree.

BUILDING THE SECTOR’S CAPACITY—AND ITS APPETITE FOR FAILURE

One place where there is a consensus that both governments and foundations play a role is in building the capacity of the social sector to take on financing. At present, the pipeline of deals (in the United States and the United Kingdom) is relatively thin, and transaction costs remain high. Many social sector organizations are unfamiliar with or unable by virtue of their structure to take on repayable financing. Most nonprofit organizations cannot give away equity, many will not have sufficient collateral for debt financing, and others are simply unwilling to pursue an unfamiliar stream of funding.5

This is changing: the wave of “venture philanthropy” in the late 1990s and early 2000s considerably professionalized the sector and inculcated the notion that the metrics and management styles more common to the corporate sector are also valuable in the world of charitable giving. But just as in the early days of microfinance, investees had to be educated about the power of debt as a vehicle for growth, nonprofits need to be persuaded that a revolution in their fundraising model is desirable—for their organizations and those they serve.

Much of this work is underway and will be tremendously useful regardless of the evolving size and shape of the social finance market. The Global Impact Investment Rating System (GIIRS) is a subscription service that provides data and analysis to investors and firms comparable to the for-profit analyst services. The U.K.’s Social Stock Exchange has been created with a mandate to improve liquidity, reduce transaction costs, and in- crease the availability of information.

One other differentiator between the heyday of venture capital, and indeed of microfinance, and social finance is the sector’s tolerance for failure. One test of the robust operation of a social investment market will be the failure of some deals—some investors will lose their money, some ventures will be permitted to fail. To anticipate such a failure in the context of for-profit enterprises is to believe in the robust operation of market capitalism. To hope for it in the social finance context is to wish greater ill on those to whom the excesses of our competitive, profiteering societies have already been unkind. It is not apparent that governments will have the appetite to allow the costs of failed deals to fall on the disadvantaged young people or the disenfranchised minority groups who are the targets of social finance projects. It is also not obvious that to permit such a failure would be the moral act of a compassionate government. But in the absence of such failures, social finance will remain in a permanent Neverland between charity and the market. It may simply be that patience is the order of the day; the microfinance industry did not turn a profit for the first twenty years of its existence, and even then, returns were modest. Those who insist that social finance holds the promise of better, faster returns would do well to attend to history.

Social finance is tremendously promising. The appeal of deploying private capital in the service of public good—and simultaneously turning a profit—is undeniable. Adam Smith, who suggested that such approaches were “an affectation, indeed, not very common among merchants and very few words need be employed in dissuading them from it,” would be surprised to encounter the CEOs and bankers who have apparently been very thoroughly persuaded. But social finance is not a panacea, nor a replacement for government intervention. It has yet to deliver the results that its cheerleaders say are possible. Few have been willing to assume the role of killjoy in the face of so much enthusiasm. But in the efforts to harness private capital for social good, temperance is a virtue.

Julia Fetherston is a Master of Public Policy candidate at the John F. Kennedy School of Government at Harvard University. She previously worked in consulting, with a focus on public sector projects.