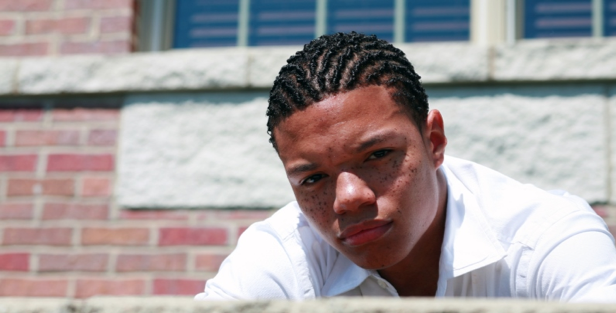 Last fall, I had the opportunity to invite a hero to Harvard’s Center for Public Leadership (CPL). While CPL often features celebrities, dignitaries, and heads of state, resident students rarely hear from community-based practitioners grappling with the poverty we tend to engage with in the abstract.

Steve Gates has spent years leading interventions and mentoring at-risk youth across the South Side of Chicago. Born and raised in the community he serves, he employs a wraparound strategy that accounts for the complex environmental factors claiming the lives of his young neighbors. This evidence-based advocacy model allows Steve and his team to provide individualized, intensive support that prioritizes the most urgent needs of each young person they serve. Over the years, they have worked with thousands of families to reduce violence, improve school outcomes, and save lives.

Last fall, he spoke on a panel at CPL to discuss the root causes of Chicago’s youth violence. The video shows the complete session.

Steve challenged us to think beyond the headlines and reimagine what opportunity looks like in marginalized communities. Advocates for youth may be able to stem the tide on youth violence, he argued, if they integrate institutional resources and surround families with the comprehensive support it takes to rebuild a community. By connecting failed strategies to personal tragedies, Steve’s candid perspective went beyond those typically expressed in policy debates— his impact on attendees was tremendous.

While the event was initially framed as a conversation about gun violence, the panelists barely referenced gun control. Though they acknowledged the long-term importance of keeping weapons off of the streets, their remarks repeatedly returned to the institutions that are not adequately supporting the needs of young people. Steve explained that “we need to get policymakers to understand what’s going on at the ground level, the funding level, and at early educational levels” to tackle these challenges effectively.

Our guests described how firearms remain relatively easy to obtain in the inner city, and as intergenerational poverty persists, the factors driving youth to crime, violence, and incarceration will continue. As another panelist shared, “when you see a lack of access to economic support, you turn to other things to make due.” This perpetuates what many call the “school-to-prison pipeline,” a phenomenon that has been exacerbated by our criminal justice system.

In far too many instances, America’s policing practices and sentencing laws view human beings as problems instead of potential.

In far too many instances, America’s policing practices and sentencing laws view human beings as problems instead of potential. Rather than develop human capital, “tough on crime” policies criminalize young offenders and disconnect them from opportunity before they reach adulthood. This has funneled a generation of potentially productive citizens into a life of deferred dreams and broken promises. As one YAP Program participant has shared, “I’ve been locked up for most of my childhood and now I’m going to college to get my degree in business management… I prefer to be a leader, not a follower.”

Fortunately, there are courageous leaders who are fighting to preserve bright futures and restore communities through bold interventions.

Steve works for an agency called Youth Advocate Programs (YAP), a national nonprofit that’s working on several fronts to reverse this harrowing trend. While publicly funded youth services have declined in the wake of massive nonprofit and government budget cuts, organizations like YAP are pioneering data-driven programs that are less expensive and more effective than traditional, punitive measures.

expensive, more effective community programs that reduce youth incarceration. This means keeping youth in their homes and recognizing the unique strengths and potential inherent in every child. On average, it costs almost $250 a day to keep a child institutionalized, while community-based interventions typically cost about $75 a day. Interventions that keep youth at home can reach three or four children and families for the same price as locking up one child up. Effective programs in this vein accept all kids and adopt “no reject” policies, offer them opportunities to build skills, and empower them to exercise their civic voice.

Diverting youth away from the prison system, YAP’s interventions match youth and families with advocates like Steve who can help them navigate the complex challenges of their communities. This provides an accessible perspective that helps participants navigate obstacles symptomatic of institutional racism and systemic biases. Anecdotal evidence can be powerful, but the data speaks for itself: over 80 percent of participants remain arrest free after participating in the initiative’s community programs.

Every day, 70,000 young people sleep in a locked facility away from their families. Instead of gaining meaningful experiences that can prepare them for academic and career alternatives, they are cut off from their communities with few viable pathways to success. For children and families living with the deadly triad of racism, poverty, and violence, it takes more than just sheer will to climb their way out of poverty.

Instead of wasting untold sums on incarceration, we can improve public safety and promote well-being through culturally competent interventions that keep youth close to home.

Hayling Price is an MBA/MPP candidate at Harvard Business School and the Harvard Kennedy School. He serves on the National Advisory Board for the Youth Advocate Programs Policy & Advocacy Center.