Home > Blog > Martial Metaphors in Political Rhetoric: Why We Should Stop Comparing Politics to War 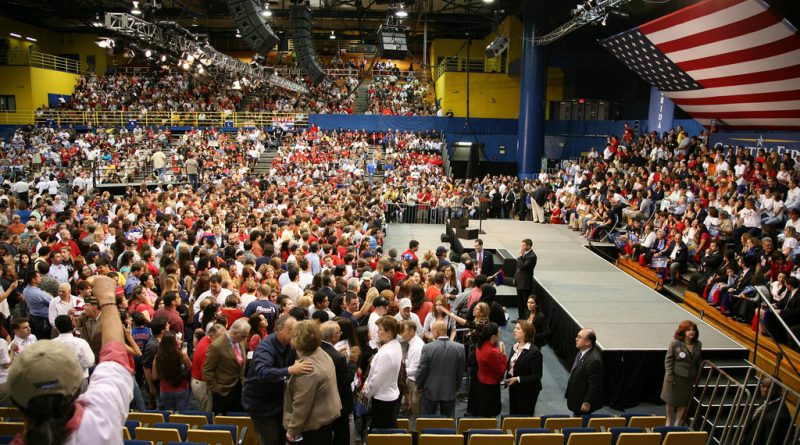 In the United States we are gearing up for another electoral season. Even though we won’t be electing a new president in 2014, candidates for Congress as well as state and local positions are girding themselves for political combat, convening staff for strategy sessions in war rooms and readying salvos for the coming skirmish. Constituents of targeted districts and battleground states will be soon besieged by belligerents from both sides. Political party foot soldiers will carpet bomb policy proposals and ambush opponents with character assassinations to inflict maximum damage. Candidates will be under fire, taking flak, bloodied and wounded until they become decimated in public opinion polls, provoking their shell-shocked supporters to assess potential fallout caused by counterattacking with nuclear options.  In the aftermath of the scorched earth campaign, collateral damage will be assessed, and Pyrrhic victors will shield themselves from continued assault while the conquered will not retreat but re-arm.

Metaphors are figures of speech which compare the known to the unknown for the purpose of illustration. As a ten-year veteran of the U.S. Armed Forces with multiple combat tours in Iraq and Afghanistan, I am familiar with war. The immense disparity between war and political contests necessitates that we must eliminate martial metaphors from our political discourse.

Primarily, war has no place as the known in such metaphors because the violence of war is decidedly unknown to the vast majority of Americans. Comparing the campaigns of elections to the campaigns of war represents the utmost disrespect to the family that waits every night on the other end of a phone, fearing not a call asking for contributions to swell a candidate’s war chest, but a carefully rehearsed voice on the other end of the line explaining that their loved one is coming home with a medal pinned to a chest that will swell no more.

Next, while our country has had its share of turmoil at the ballot box historically, this pales in comparison to the violence known by both fledgling and established democracies around the world. A candidate and supporters were killed in the recent Afghan elections. In India, voters faced extremist violence as they participated in the world’s largest elections. Ethno-religious violence is already being predicted in the upcoming vote in Nigeria. Iraqis remained committed to the democratic process in April despite a year in which sectarian violence rose. What message do we send these countries when the United States of America, a nation whose peaceful transfers of power leave electoral violence virtually unknown, uses a concoction of hostile words to falsely compare a contest to combat?

Ultimately, while it is unknown whether violent rhetoric is causal to an increase in actual violent acts, to dismiss this rhetoric as innocuous ignores growing evidence that an atmosphere of vitriol makes violence more acceptable. At a minimum, language that portrays candidates as combatants is a known corrosive element that achieves nothing but further political polarization and division amongst our citizenry. It is little wonder that the language of conflict has led us to the talking head trench warfare and intractable stalemate of governance we experience today.

As Americans, our very independence protects a myriad of beliefs about governance. In order to renew a genuine debate, we must reject the false rhetoric of violence and restore civility to politics, treating candidates and constituents alike with decency and deference. We must replace the rancor of combativeness with mutual respect and accountability. The Book of Proverbs tells us “as iron sharpens iron, so one person sharpens another”—it is in this collaborative manner that we can forge the best policies, which emerge stronger from the process rather than stripped of all substance. It is in this manner that we can realize the shared success of the democratic process, striving as did the earliest practitioners of democracy, to “tame the savageness of man and make gentle the life of this world.”