Home > Blog > Justice in Mexico: The Mexican Drug War’s Most Important Change that Nobody Noticed 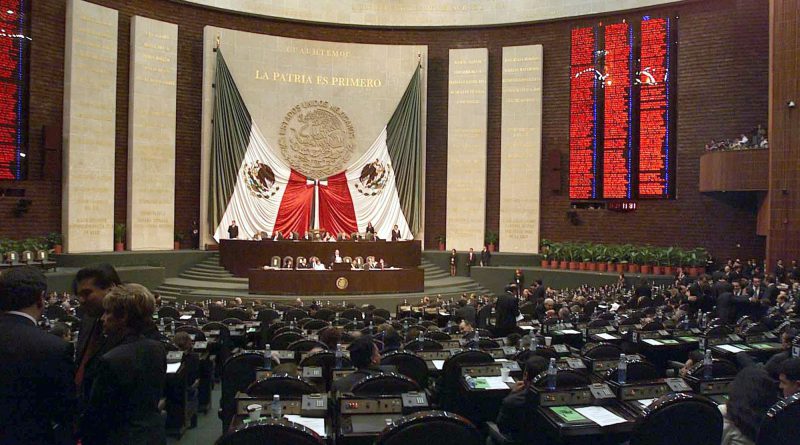 While the emergence of civilian self-defense groups in Mexico has gained the most attention as a strategy to fight drug cartels, the most profound change in that country’s security strategy has largely passed unnoticed. Early on 2014, Mexico approved an entirely new national code of judicial procedures that will transform the way justice is conducted across the country.  This new code signifies the most fundamental change in Mexico’s judicial system since its revolution.

The code obligates states to adapt their laws in order to conduct oral trials, increase police’s investigative tasks, and reduce the use of “preventive prison” – an often criticized measure that allows authorities to imprison legally innocent citizens, sometimes for years, while they are investigated. The code imposes order on judicial procedures that state laws used to determine, thus resulting in varied quality and objectives. The days when Mexico’s police was an entirely reactive force without incentives to investigate crime seem to be coming to an end. The days when trials were conducted hidden from the public eye, thus favoring corruption, will come to an end soon too.

This change will greatly improve Mexico’s ability to provide justice to its citizens. Research has shown that rules like the ones the code will implement are fairer to defendants and reduce wrongful convictions. Furthermore, by homogenizing the processes used to judge criminals across Mexico, incentives for the strategic migration of crime to states with less efficient penal procedures will be reduced. Criminals will have fewer places to hide. Most importantly, new regulations will require that all state judicial authorities have the same training, allowing for more coordination. If qualification programs for prosecutors, public defenders and judges are the same in all states, costs of training will be reduced due to economies of scale.

Detractors’ voices argue that the new judicial code will limit Mexico’s federalism by inhibiting states from having their own judicial procedures. It will. This is, however, not one of the most important concerns we should have about this judicial change. There are three other larger issues: public outcry, money, and confusion.

The new judicial system may not be accepted by its citizens. It tries to avoid costly and long trials by relying more on mediation and justice resolution. These “alternative” judicial procedures are generally perceived as inefficient by Mexican citizens. In a country where preventive imprisonment is the norm, the idea of allowing criminals to leave prosecutors’ offices without being at least temporally imprisoned, is perceived as a lack of justice. In states where such measures had been implemented before, citizens have vociferously protested. Outcry may prevent the implementation of the new code, further weakening Mexico’s fragile security situation.

The second concern must be money. All Mexican prosecutors and lawyers will need to be trained to understand the new rules, and this will be expensive. Mexican authorities estimate that $500 billion will be needed for training and to build adequate physical spaces to conduct oral trials. Getting such a large amount of money may only be possible with the help of the United States.

Finally, we must worry about confusion. Even with the approval of the new code, today’s older state codes and their recent adaptations will be valid until all court cases that started under such laws come to an end. As a result, for an undetermined period of time, Mexico will have up to 80 valid judicial codes, causing much confusion.A country where homicide rates have more than doubled in the last seven years cannot afford such confusion.

Overall, this new code is certainly a step forward in trying to fix Mexico’s broken judicial system. A drug war has caused more than 75,000 deaths in seven years; kidnappings and extortions have spiked, and only two percent of committed crimes result in a sentence. Meanwhile, half of the prison population is still waiting for a trial. But the approval of this new code, perhaps the most important change in Mexico’s strategy to fight its drug war and its criminals, must be carefully followed. Implementation costs will be high. Citizens may react against it. Legal confusions will pervade. Without a doubt, security strategy is changing in Mexico – and the self-defense groups are not the only change that deserves our attention.

Viridiana Rios holds a Ph.D in Government from Harvard University and currently serves as the CEO of México ¿Cómo Vamos? (www.mexicocomovamos.mx).