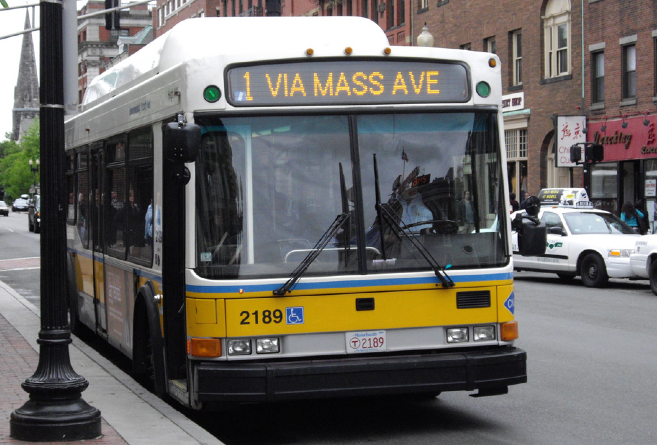 As a female graduate student at the Kennedy School, I use Boston’s public transportation system. Last Wednesday, I wore a skirt. You might ask, was it long or short, loose or tight? Would my answer impact my rights? I consented to wearing an article of clothing and to boarding a bus, not to the deprivation of my rights and respect.

Yet this was effectively the argument of Michael Robertson, who was arrested in 2010 for taking pictures up women’s skirts on the Boston T, a practice known as “upskirting”. On Wednesday, March 3rd, the Massachusetts Supreme Court ruled that upskirting was in fact legal since the language of State law provided protection for only ‘partially nude persons’ – a category that did not encompass women wearing skirts.[1] Facing public outcry, in an unprecedented move the Massachusetts legislature passed legislation the following day that was signed into law by Governor Deval Patrick on March 5th.

The new law is intended to close the gap in legal protection by referring to “another person’s sexual or intimate parts,” which would imply protection for an individual who had certain parts exposed but did not intend to be partially nude.[2] It makes illegal “secret photographing, videotaping, or electronically surveilling of another person’s sexual or other intimate parts, whether under or around a person’s clothing or when a reasonable person would believe that the person’s intimate parts would not be visible to the public.”

But what about when recording is not secret?

If a woman is aware such photography is occurring and protests it, as it continues, is the photography legal? Secrecy indeed implies a lack of consent, but there may be instances where the action is non-consensual but not secret.  This reality is recognized in the voyeurism laws of New York and Florida which explicitly refer to the lack of either “knowledge or consent” [emphasis added] as giving rise to claims. [3]

The question of consent is central to women’s rights, as women are disproportionately victims of gender-based crimes, from street harassment to sexual assault and rape. Whether the same act in different places constitutes ‘rape’ depends on the jurisdiction and the language of local statutes. Key is whether the law or policy understands consent as negative or affirmative; that is, whether rape is confined to instances where the victim said “no” or encompasses all those in which she did not say “yes.”

Negative consent implicitly accepts the presence of women’s bodies as conferring consent. If the woman was unconscious and didn’t say “no,” as in the case of Stuebenville, Ohio, it would not legally be considered rape. This interpretation dangerously risks the blaming of victims for their silence or inaction, heightened when alcohol is involved. Negative consent also denies the reality that silence often has less to do with consent and more to do with the submission or acquiescence to power hierarchies.

The failure of our law to define sexual crimes in relation to consent is reflective of an environment that tolerates a level of gender-based violence. The implications are particularly sharp for college aged women given that one in five is sexual assaulted – a fact that led President Barack Obama to establish a White House Task Force to address the problem. Alongside this disconcerting level of sexual assault, some universities, including Harvard University, continue to maintain a negative consent policy.  As the White House looks at this problem at a policy level, the notion of affirmative consent should take center stage. Confusion around the definition of consent leads to the perpetration of unrecognized rapes. In one study, while 43 percent of college aged men reported using coercion to have sex, only 15 percent recognized their actions as acquaintance rape.

The failure to define consent with regard to a woman’s active agency affects women across Massachusetts and the country. If we truly believe that a woman should have as much sovereignty over her own body as a man does, then our laws, policies, and personal interactions should require positive consent: a woman saying yes.

Rory Gerberg is a Master in Public Policy candidate at the John F. Kennedy School of Government at Harvard University.  She focuses on human rights, gender-based violence, and international law.  Prior to attending HKS, she was a Princeton in Latin America Fellow in Bogotá, Colombia where she worked on cases of torture and extrajudicial killing before the Inter-American Court of Human Rights.
Photo source here.

[1] The law, the judge interpreted, did not protect visible partial nudity displayed by a person, but “a person who is nude or partially nude” [italics added].  In this way, the law – which was intended to guarantee privacy rights – only protected individuals who had apparently chosen partial nudity as a state of being. It denied the application to “a visual image of a person.”  Left unanswered, however, was the standard by which an individual would be determined to be partially nude.

[2] In this sense, the referenced privacy rights are no longer belonging to individuals themselves, but to their private parts over which they exercise sovereignty and can thus bring claims on their behalf.

[3] Appropriately, the Massachusetts Supreme Court ruling recognized that the statutory framing of both New York and Florida would have put in to question the verdict.See Footnote 17, Commonwealth vs. Michael Robinson.