Home > Blog > Should Cities Use Hackathons to Solve Social Problems? Lessons from America’s Datafest at Harvard 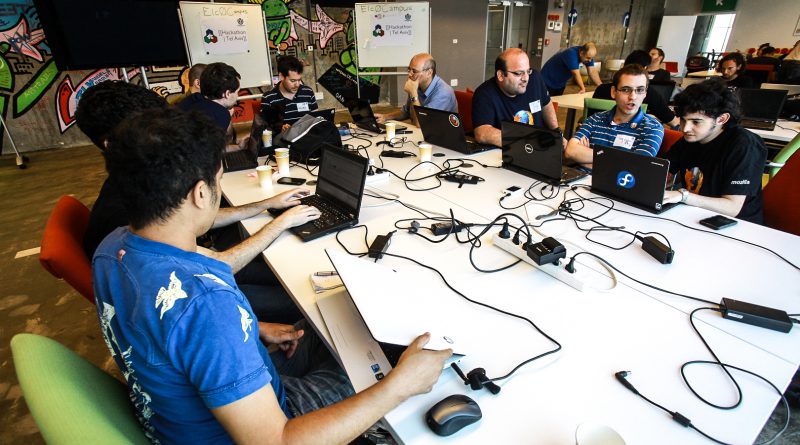 I first learned about hackathons when I saw an ad for an event called Datafest hosted at Stanford University three years ago. Like most people, I primarily associated ‘hacking’ with computer programming. However, this Datafest looked different. It turned out that Teresa Bouza, a Knight Fellow at Stanford, had organized the hackathon to examine campaign finance reform. Partnering with several organizations conducting investigative journalism, she recruited participants with a broad range of backgrounds—not just programmers, but journalists, data analysts, and social scientists.

Originally developed by computer programmers nearly 15 years ago, hackathons typically set a challenge and ask participants to compete in designing the best new product or prototype in a short period of time. While still most common among programmers, hackathons have expanded to include a wider range of subjects and participants. City governments in particular have started hosting hackathons—seeing them as a way to expand their limited resources, engage tech-savvy local residents, and develop innovative solutions to city problems.

Hackathons can create an atmosphere of friendly competition and collaboration across organizations and disciplines. They can also focus and target resources to solve particularly difficult problems. However, prototypes developed at hackathons usually need further development. Critics also argue that hackathons are often too focused on finding short-term fixes that don’t actually solve real problems. Solutions in the public sector need buy-in from city residents and government workers and are not simply technological. Developers might create a mobile application to crowdsource traffic data, but what if people never download it?

Further, even if they successfully develop new ideas for possible new solutions, hackathons may discourage other efforts to drive government innovation by taking attention away from less ‘glamorous’ efforts like promoting open data.

I remembered this great experience with Datafest when I became involved with a student group devoted to technology and policy at Harvard Kennedy School. I emailed Teresa for advice on organizing a hackathon, and she replied with an invitation to participate in a now greatly expanded version of Datafest that she was organizing—America’s Datafest—which would include a series of immigration-focused hackathons in 25 cities and 12 countries around the world. We agreed to host a daylong hackathon at Harvard on November 2nd, 2013—enthusiastic about its promise but also aware of some common pitfalls.

My classmates and I had two main goals for the HKS Datafest. First, we wanted participants to develop meaningful projects that would address everyday challenges faced by immigrants, particularly those who were undocumented. Even if their prototypes were rough, we hoped that some teams would be inspired to continue working after the competition. Our second goal was to bring together participants with different backgrounds—especially those with and without tech experience—to interact and develop solutions. Given the growing role that data and technology play in public policy, it is vital that future policymakers and programmers learn to communicate and work together.

With support from several HKS research centers, we recruited participants from across Harvard University, other Boston-area colleges, and the local tech community, who formed teams at the event. The teams accomplished a remarkable amount in a single day, particularly given that this was the first hackathon for most participants. One of the two HKS winning teams, ImmiGuide, was even a runner-up for the overall “Best Website” award and is continuing to develop their project.

ImmiGuide, winner of the “Most Ambitious” Award, created a self-service online platform to providing documented and undocumented immigrants and their families customized legal resources for preparedness, relief, and human rights:

ConnectENG, winner of the “Ready to Scale” Award, created a dedicated website to allow immigrants to meet up individually with volunteers eager to chat and discover other cultures. The teams also created project pages and Youtube videos describing their projects that have been entered into the global competition:

Many participants had a personal connection to immigration and were sensitive to the utility of their projects and to the challenges of the undocumented immigrant experience. One of the highlights of the event was a discussion between teams and the judges about privacy.  The judges asked nuanced questions about how much information would be stored on the website, and whether the data that immigrants entered would be private. There was also concern about balancing the benefits of providing personal data with the risks that people receive inaccurate information, or use the service to replace more qualified legal advice.

What lessons should a city government take from our Datafest? First, organizers should be thoughtful about how they recruit participants. We found that the teams that were most successful had a mix of people with technical skills and content knowledge – and that personal experience was particularly valuable. We also found that participants’ backgrounds influenced the projects they developed. With more public policy experts than technology professionals, teams developed business plans and websites rather than mobile apps.

Second, ideas or prototypes generated at a hackathon will need further development. Smart organizers will recognize that the prototype is only the first step. The real benefits will come if cities can provide opportunities for partnerships (with city departments, local businesses, and nonprofits) to further develop and help institutionalize what participants develop. For example, the team that is still developing their project is working to connect with a larger nonprofit focusing on immigrant rights.

Alison Flint is a MPP student at Harvard Kennedy School studying urban economic development. She is particularly interested in the intersection between cities, data, and technology.