Home > Blog > He Said, We Said: Breaking Down the State of the Union 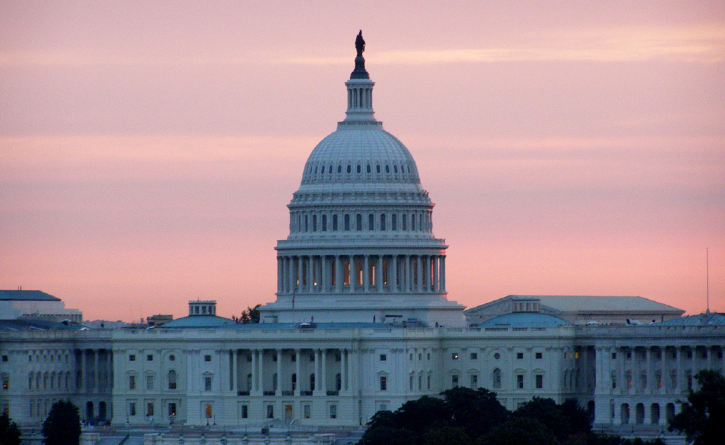 Note: This post assesses President Obama’s State of the Union Address in 4 policy ares: K-12 Education, Higher Education, LGBTQ and Military Affairs. It is a follow up to KSR’s SOTU coverage here and here.

As an education reform enthusiast, I was excited to hear the President kick off Tuesday’s address with a teacher anecdote.  Although the speech did not include any “big reveals” in the field of K-12 education, the President’s emphasis on the importance of early childhood education and raising standards for our nation’s students reinforced his commitment to education issues.

The President, echoing a call first made during last year’s address, appealed to Congress to help states make high quality preschool available to all four-year-olds. However, he also tacitly acknowledged that Congress is unlikely to make this a reality, calling on business leaders and philanthropists to take an active role on supporting the nation’s youngest students.

Despite my predictions, discussion of increasing the rigor of state education standards also figured prominently in the President’s comments on K-12 education.  While he did not mention the new Common Core State Standards by name, he did mention states that have raised “expectations and performance” for students and recalled the importance of “more challenging curriculums.” He also highlighted the need for “new ways to measure how well our kids think, not how well they can fill in a bubble on a test,” a clear jab at those who criticize the administration’s emphasis on standardize testing.

In keeping with the tone of his domestic policy agenda, Obama’s State of the Union higher education platform called on government, educational institutions, and industry leaders to work together to close the opportunity divide. “Opportunity is who we are,” Obama asserted, “and the defining project of our generation is to restore that promise.”

In this ambition, postsecondary institutions and private industry must collaborate to equip students with the skills needed to succeed in a 21st century economy. Obama heralded public-private partnerships that align employer needs with postsecondary curricula, citing the success of Raleigh and Youngstown businesses that collaborated with local research universities. In addition to announcing the expansion of this model to six additional sites, Obama announced that Vice President Biden would oversee “across-the-board reform of America’s training programs,” including on-site job training, structured apprenticeship, and community college workforce development programs.

While Obama failed to mention reauthorization of the Higher Education Act, he did mention two potential provisions for Congress’ consideration. First, he called for increased allocations to federally-funded research. “[T]he nation that goes all-in on innovation today will own the global economy tomorrow,” he explained. Second, Obama called on Congress to “help even more Americans who feel trapped by student loan debt” by further restructuring debt repayment.

With respect to college access and student success, Obama made brief mention of increased transparency about college affordability, and value, as defined by student outcomes. He also referenced a need for additional supports for vulnerable low-income and first-generation college student populations. He referenced the 100 commitments that non-governmental organizations recently announced at the College Opportunity Summit, as well as the work of the Boys and Men of Color Initiative.

In contrast, the Republican rejoinder called for a personal responsibility approach to these issues. Cathy McMorris Rodgers evoked this narrative in recounting her days working at McDonalds and saving her 4H county fair earnings to become the first in her family to graduate from college. While this feel-good story sounds nice, it shirks the role that government, industry, and institutions have in promoting student outcomes and success.

Juana Hernandez is a first-year MPP student concentrating in social and urban policy. She has focused her professional career on expanding post-secondary access to low-income students and strengthening minority-serving programs and institutions. At HKS, Juana serves as the Managing Editor for the Harvard Journal of Hispanic Policy and as Coordinator of the Public Policy and Leadership Conference.

LGBTQ advocates are rightfully disappointed in President Obama’s surprising omission of ENDA (the Employment Non-Discrimination Act) in his State of the Union address. Many, including myself, expected the President to comment on the employment insecurity faced by many LGBTQ Americans—especially in a speech so focused on economic justice.

It is all the more surprising because many see ENDA as an easy win for the President. In a historic vote, the Senate passed ENDA 64-32 last November, but the legislation has stalled in the GOP-controlled House. LGBTQ advocates were hopeful that President Obama would at least call on the House to take up the issue, but he did not.

We were not entirely left out of the address, however. In addition to a quick mention of “marriage quality” he extolled the virtues of “the inherent dignity and equality of every human being, regardless of race or religion, creed or sexual orientation.” While I appreciate the shout-out, LGBTQ Americans deserve better—we deserve to work without fear of termination based on sexual orientation or gender identity.

Bryann is a second-year Master in Public Policy student at HKS. He is the president of the LGBTQ Caucus and focuses on Business and Government Policy. His past experience in the LGBTQ community includes work on HIV/AIDS, student organizing, and political activism. Prior to HKS, he worked with the White House Office of Presidential Personnel.

In Tuesday’s State of the Union address, the President renewed his commitment to significantly drawing down the troop levels in Afghanistan in order to complete large combat missions there by the end of 2014. He also reminded Americans of his part in the withdrawal of U.S. forces from Iraq. While he mentioned that a Status of Forces Agreement with Afghanistan would allow for U.S. troops to remain in small part, he did not explicitly describe what a failure to achieve a mutually acceptable SOFA might look like.

The President stated that despite a tenuous future relationship with Afghanistan, America will continue to pursue Al Qaeda and combat new terrorist threats both abroad and by strengthening defenses at home.

In order to do this, the President said, the nation must “keep faith” with military members and veterans. Focusing his remarks on providing medical care to wounded veterans, there was mention, if only slight, of the myriad of problems returning veterans face outside of medical care.

Spending an unexpectedly large portion of the speech on the America’s diplomatic efforts, the President made an effective case for our foreign policy strategies in Syria, Iran and elsewhere.  He endorsed Unmanned Aerial Vehicle (UAV) usage and voiced strong U.S. support for Israel despite the current administration desire for a two-state solution.

In perhaps the best moment of the speech, the President reiterated what our long-term domestic policy ought to be:

“To promote justice, and fairness, and equality under the law, so that the words set to paper by our founders are made real for every citizen.”

Our long-term foreign policy ought to mirror this promotion, through diplomatic and humanitarian means, so that these ideals are also applied to citizens of the world.