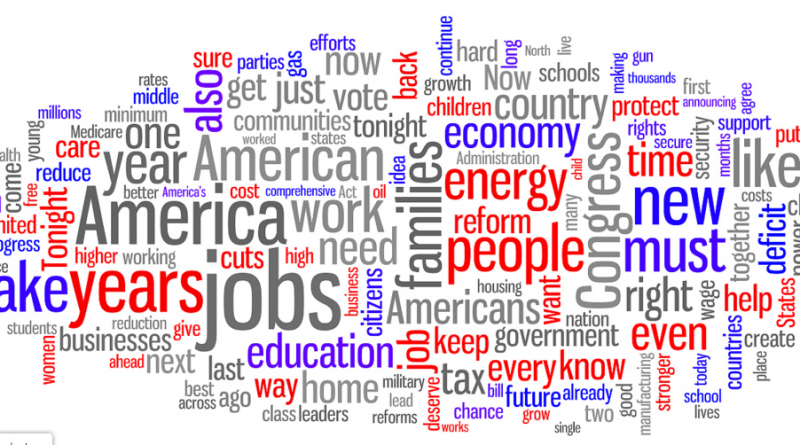 A Note of Explanation: For the first time, the Kennedy School Review has tapped into the policy expertise of students across the Harvard Kennedy School of Government to collect their perspectives on President Obama’s 2014 State of the Union Address.  For two days, HKS students are providing their analysis on a broad range of policy issues from healthcare to higher education to military affairs. Our hope is that the background shared leaves you feeling more prepared for and engaged with President Obama’s remarks this evening.

Climate change is the United States’ most pressing environmental problem, and yet the most substantial federal climate policy to date is a subsidy to the wind industry that expired four weeks ago. Tired of waiting for Congress to act on climate change, this year the President used executive powers to move towards regulation of carbon pollution. In June, he unveiled his Climate Action Plan aimed at cutting carbon pollution in America, preparing the country for the inevitable impacts of climate change, and making the U.S. a leader in international mitigation efforts. In October, the Environmental Protection Agency (EPA) announced emissions limits for new fossil fuel-fired power plants, and it is currently developing limits for existing plants. Both will be authorized by the Clean Air Act.

It could be that the Clean Air Act regulation has enough legal momentum (thanks to the Supreme Court) and economic momentum (thanks to the natural gas boom) to be pushed through Congress. Or it could be that the credible threat of executive-branch regulation eventually forces Congress to rekindle its pursuit of cap-and-trade or a clean energy standard (these are long shots, but both would likely be more cost-effective than Clean Air Act emissions limits). Either outcome would be a breakthrough for climate change policy, and the President should focus his words on encouraging that breakthrough in Tuesday’s address.

The President should focus on a responsible and effective drawdown of forces in Afghanistan. Despite unexpected overall support for a Status of Forces Agreement (SOFA) from the loya jirga, President Hamid Karzai remains, at best, an irritating partner in the process. Future assistance to the Afghan National Security Forces is dependent on an acceptable agreement. Any thoughts that America would be better off without a SOFA – giving us an excuse to completely withdraw without providing continued support to Afghan forces – should be tempered by Al Qaeda’s recent revival in Fallujah. The resurgence of Al Qaeda in Iraq is a result of the lack of an acceptable SOFA and a complicated policy in Syria.

The President should also focus his remarks in the SOTU on taking care of America’s military veterans at home. Though less than 1 percent of Americans today have served in the armed forces, the number of combat affected veterans has grown due to decade-long wars in Iraq and Afghanistan.

While “doing more with less” has long been a mantra in the military, the effects on our military veterans have resounding ramifications. While military entitlements deserve scrutiny in budget conversations, America cannot renege on promises to service members, especially as they face greater challenges with increased suicide rates, physical and mental disabilities, homelessness, and high unemployment rates. A country without robust investment in its veterans risks being content with supporting sacrifice but not paying for it and endangering the long-term viability of an all-volunteer force.

While the President will likely mention a SOFA with Afghanistan and the importance of supporting our veterans, complicated strategic and economic concerns are difficult to address in a speech this broad. Potential future demands on our military in Syria and Iran are equally sensitive subjects. Our efforts in these negotiations are also complex and difficult to encapsulate in the State of the Union, making any in-depth mention beyond positive spin unlikely.

President Obama will likely seek to build confidence in the Affordable Care Act (ACA) during his State of the Union address after the botched rollout of the health care marketplaces in 2013. He may apologize again to the American people who struggled to enroll and who had their insurance plans cancelled. However, he should quickly move the conversation forward to recent successes. National enrollment reached three million in January, and the web site has improved significantly.

The State of the Union address is also an opportunity for President Obama to highlight popular provisions of the ACA as we move toward midterm elections.

He is likely to reference the many who have benefited from insurance coverage for dependents until age 26, prevention screenings without copayments, and the elimination of pre-existing conditions from coverage decisions.

President Obama is also likely to address the twenty-four states blocking the expansion of Medicaid coverage to low-income adults. He will likely call on those Governors to put aside politics to expand health care access to the estimated 5.4 million uninsured Americans in these states who would benefit by 2016. He will likely highlight GOP Governors who have accepted the significant federal funding available for expansion, including Governor John Kasich (OH) and Governor Jan Brewer (AZ). Expansion would be 100% federally funded for the next three years, and over 90% of costs for these enrollees would be federally funded in future years.

While expanding coverage will be central to President Obama’s discussion on health care, he should also acknowledge the need to improve quality while containing costs. The Center for Medicare & Medicaid Innovation has made strides by establishing key pilot programs that focus on quality and efficiency. President Obama should build on this progress by continuing to lay the foundation for a health care system that provides the right care for the right patients at the right time.

President Obama’s upcoming State of the Union address will stress the need to rejuvenate the economy after another tepid year of job growth, and there is perhaps no better starting point than to confront the obstinacy of long-term unemployment.

The two defining features of the post-crisis labor market have been the decline in the labor force participation rate–the ratio of those with jobs and the unemployed to the total population that is 16 years or older–and the remaining four million Americans who have been unemployed for six months or longer. Both are linked, as those battling long jobless spells are at heightened risk to become discouraged and drop out of the labor market, which in turn threatens to lower potential growth in the U.S.

The unemployment rate has long been viewed as among the most comprehensive indicators for the health of the economy. Recently, however, it has become misleading, diverging from other measures of economic health. Last month, the unemployment rate stood at 6.7%, above its post-war average but far below its peak during the financial crisis of 10.0%. Typically, lower unemployment would be cheered, but data suggests that much of the reduction has been driven by lower labor force participation, which has fallen by 3 percentage points since the financial crisis, to its lowest point since the late-1970s. Some of the lower labor force participation can be attributed to the stream of retiring baby boomers and adults delaying job searches to pursue more education, but a Chicago Fed study from 2012 estimated that only two-thirds of the decline in labor force participation since 2000 can be attributed to demographics. The remaining portion can partly be blamed on long-term unemployment leading to labor market detachment.

I anticipate President Obama will argue for reinstating the recently expired emergency unemployment insurance benefits, greater transfers to state and local governments, and infrastructure spending to bolster the economy. But those requests, even if granted in full, would be unlikely to ameliorate the unemployment crisis. A complete solution, as the MIT project to aid the long-term unemployed is underscoring, still appears more elusive.

Alex Jutca is a second-year Master in Public Policy candidate at the John F. Kennedy School of Government at Harvard University. Prior to attending the Kennedy School, he worked as a research assistant at the Federal Reserve Board in Washington, DC.