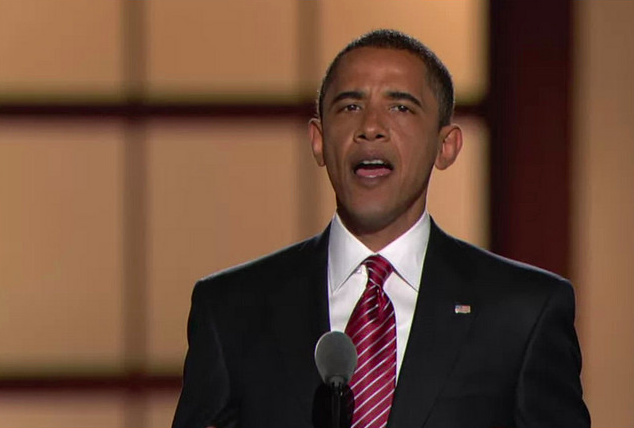 A Note of Explanation: For the first time, the Kennedy School Review has tapped into the policy expertise of students across the Harvard Kennedy School of Government to collect their perspectives on President Obama’s 2014 State of the Union Address. Over the next two days we will share student analysis on a broad range of policy issues from healthcare to higher education to military affairs. Our hope is that the background shared leaves you feeling more prepared for and engaged with President Obama’s remarks this Tuesday evening.

Elements of the President’s K-12 education platform are almost sure to make an appearance in Tuesday’s State of the Union Address.  Likely to figure most prominently is the administration’s commitment to early childhood education. One year ago, the President introduced his “Preschool for All” initiative, which proposed a new federal-state partnership to ensure that all low and moderate-income four year olds can access high-quality preschools. Congressional Democrats have introduced legislation in support of the initiative, and Congress increased funding for Early Head Start programs by more than $1 billion in this month’s omnibus appropriations bill. Building on this momentum, the President will likely capitalize on the bipartisan support for early childhood programs to promote his “Preschool for All” initiative in Tuesday’s address.

President Obama may not mention one of the more contentious issues in K-12 education: the implementation of the Common Core State Standards. While the President may make vague mention of increasing the rigor of our education system or holding all students to high standards, there will not likely be direct reference to the Common Core by name. With opponents maligning the Standards as a federal intrusion in state affairs and disdainfully referring to them as the “Obamacore,” the The President may choose to avoid any direct reference to the Standards in his address.

Overall, do not expect any “big reveals” during the address in the area of K-12 education. With states across the country already working to implement the new Common Core State Standards and various elements of their Race to the Top waivers, the nation is already humming with reform.

If President Obama is to spur economic recovery and build out the middle class, he must pay greater attention to expanding higher education access, strengthening public post-secondary institutions, and bringing college and workforce development programs into better alignment.

As a sign that college access may be at the forefront of his 2014 agenda, the President convened over 140 university presidents, nonprofit executives, philanthropy and business leaders at the White House last Thursday. The daylong event focused on expanding college opportunity for low-income students through greater investment and cross-sectoral collaborations to boost low-income students’ college readiness.

The summit also echoed the President’s previous calls for increased transparency and accountability in higher education, which was most notable in last year’s proposal to tie federal student aid eligibility to college scorecard rankings. While the responsibility of reigning in tuition and providing student support services falls on institutions, the federal government has an important role to play in both areas.

In his State of the Union address, President Obama should call on Congress to reauthorize the Higher Education Act (HEA), which has not been renewed since 2008. Part of Johnson’s domestic policy agenda, the HEA of 1965 sought to strengthen post-secondary institutions through federal investment and increase student access through the creation of robust federal student aid programs.  However, the President will likely not push Congress to increase allocations to minority-serving institutions (including historically black colleges and Hispanic-serving institutions). Collectively, these institutions function as critical access points for low-income students, but have historically received less federal dollars.  For example, Hispanic-Serving Institutions receive $0.66 per dollar per student when compared to other post-secondary institutions.

We can further expect President Obama to allude to increasing federal student aid and restructuring student debt under Title IV of HEA. Lastly, in the middle of all the “college for all” rhetoric, Obama may underscore the importance of investing in associate degree and vocational programs at the community college level in order to meet the demands of a 21st century economy.

Juana Hernandez is a first-year MPP student concentrating in social and urban policy. She has focused her professional career on expanding post-secondary access to low-income students and strengthening minority-serving programs and institutions. At HKS, Juana serves as the Managing Editor for the Harvard Journal of Hispanic Policy and as Coordinator of the Public Policy and Leadership Conference.

By constitutional design, the President delivers the State of the Union address to Congress. By tradition, Supreme Court justices join the occasion as silent spectators (albeit with less than perfect attendance and stoicism).

References to the robed guests and their decisions are infrequent. The Supreme Court has been mentioned in less than a quarter of State of the Union Addresses – 51 out of 223 – since George Washington’s first address in 1790. In recent history, references to the Court are even more rare, occurring only five times in the last 85 years.[1] When they do occur, it is sometimes to greet the justices, to thank Congress for confirming nominees or urge them to do so, and in some cases to encourage Congress to implement or work around a Supreme Court decision.

President Obama, in his only mention of the Supreme Court during a State of the Union address, famously criticized the Court’s 2010 decision in Citizen’s United v. FEC, which opened the door for unlimited independent corporate expenditures in elections, and he recommended Congress pass laws to mitigate its negative impact.

Despite their rarity, three issues involving recent or upcoming Supreme Court decisions merit reference to the Court by the President and could appear in this year’s update to Congress.

In this groundbreaking case from last June, the Supreme Court struck down part of the Defense of Marriage Act that restricted federal recognition of marriage to heterosexual couples. The Obama administration declined to defend the law and President Obama has referenced LGBT rights in each of his last four State of the Union addresses. The President should use this victory in the courts as a way to set the agenda for LGBT rights going forward.

In another landmark case from last summer, the Supreme Court struck down the coverage formula for the 1965 Voting Rights Act, eliminating the requirement for states with a history of discriminatory voting practices to preclear changes to their voting laws. Within hours of the decision, several previously covered states announced they would pass stricter voting laws. President Obama discussed the importance of protecting the right to vote in his State of the Union last year, and should do so again this year by calling on Congress to pass a new coverage formula to protect voters from discriminatory practices.

This case involves a challenge to the spending limits that an individual can make in federal elections – if successful, a result that would inject even more money into politics. Reducing the amount of money in politics is critical for the health of our democracy and is an issue that President Obama has mentioned in half of his State of the Union addresses thus far.  While President Obama is unlikely to comment directly on McCutcheon since a decision by the Court is still pending, he should urge Congress to enact comprehensive campaign finance reform to limit the influence of money in politics.

Patrick Kibbe is a joint degree candidate in public policy and law at the Harvard Kennedy School and at Harvard Law School.

In keeping with the expected theme of income inequality and economic competitiveness, the President should address the unique challenges that LGBTQ Americans face in the workplace. While many states, counties, and municipalities have various laws banning workplace discrimination on the basis of sexual orientation (and sometimes also gender identity), many do not. There are 29 states without statewide protection for LGBTQ people in the workplace. For example, LGBTQ people in states from Mississippi to Ohio to Wyoming must constantly conceal important aspects of their personal lives from their employers or risk losing their jobs. This undermines the economic potential of both LGBTQ Americans and the communities in which they live.

Last November, the Senate made history by voting 64 to 32 to pass the Employment Non-Discrimination Act (ENDA), which would ban workplace discrimination on the basis of gender identity and sexual orientation. The House has failed to put the bill up to a vote. The President should call on the House to act in Tuesday’s address.

The President should also comment on the recent expansion of marriage equality – about 40 percent of the U.S. population now lives in a state that license same-sex marriage. In 2013, states from Hawaii to Illinois enacted marriage equality. The President should highlight the implementation of the 2013 repeal of DOMA – the law that barred same-sex couples from being recognized as spouses by the federal government.

Of each of the issues above, it is most likely that the President will focus on the ENDA. Its historic passage in the Senate in 2013 is a positive sign of change to come, but executive leadership is a necessary catalyst to keep marriage equality and the elimination of workplace discrimination on the national agenda.

Bryann is a second-year Master in Public Policy student at HKS. He is the president of the LGBTQ Caucus and focuses on Business and Government Policy. His past experience in the LGBTQ community includes work on HIV/AIDS, student organizing, and political activism. Prior to HKS, he worked with the White House Office of Presidential Personnel.

Tomorrow on the State of the Union: Military Affairs, Environment, Economy & Jobs, and Healthcare.