Home > Blog > When Too Much Remains the Same: Women’s progress in America has farther to go 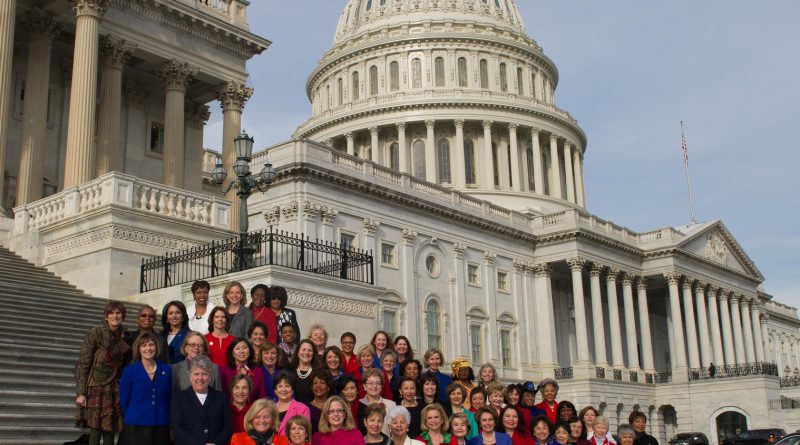 BY ELIZABETH A. KISLIK

In a lecture at Harvard University in mid-October, New York Times columnist Gail Collins discussed how fundamentally women’s roles in American society have changed over the past half-century. Her talk reflected the theme of her 2009 book, When Everything Changed. Collins recalled the days of “executive flights,” on which young, unmarried stewardesses served steaks and cigars to a cabin of exclusively male passengers. She told of a woman who worked for the postal service in frigid Alaska and who was permitted to wear pants to and from the office, but had to change into a skirt before sorting mail. She spoke of a time when virtually every woman’s credit card was in her husband’s name.

It is hard to believe these occurrences were commonplace as recently as the 1960s.

Collins observed that, in general, the men with whom she’d spoken in recent years appeared unhappy, while the women were happy. The men thought they would grow up to become the president of Harvard, and now they’re (just) professors. On the other hand, the women thought they would grow up to be manicurists, and now they’re professors—and one is even the president of Harvard.

Women may indeed have surpassed even their own expectations. However, Collins seemed to be saying something more. She seemed to imply that women had “arrived”—that our time had finally come. She instructed her female audience members to “luxuriate” in what our gender had achieved. I was surprised to hear this tone of celebratory complacency from a woman who, through her columns, I have come to admire for her biting humor and hard-hitting critiques of the status quo.

Throughout her lecture, Collins overlooked the reality that traditional gender roles still bind women (and men).

Undoubtedly, barriers to success for female professionals are diminishing. Nevertheless, Pew Research Center’s 2010 Global Attitudes Project reported that “while egalitarian sentiments are pervasive, they are less than robust; when economically challenging times arise, many feel men should be given preferential treatment over women in the search for employment.” Women may no longer be legally discriminated against in the job market, but one in seven Americans believes they should be second in line for employment during a recession.

Collins also noted how men are now seeking as spouses women who can contribute financially. But that is only true to a point. A recent paper by researchers at the University of Chicago’s Booth School of Business shows that the marriage rate sharply declines right at the point where the wife makes more than the husband. Although men are looking for wives with earning potential, they don’t want wives with too much earning potential.

On gender relations, Collins prided America over other countries, saying, “Our men are better.” But the U.S. is hardly leading the world in its acceptance of egalitarian gender roles. A quarter of American respondents to a twenty-two-nation Pew Global Attitudes survey reported that marriages are more satisfying when governed by traditional gender roles — in which the husband supports the family financially and the wife tends to the house and children. Contrast this with Spain or France, where fewer than one out of ten respondents prefer the male breadwinner model over one in which both husband and wife have jobs and share domestic responsibilities.

Gaining financial power appears to have backfired for some women. The “evidence suggests that while men tend to applaud their spouses when they help to bring home the bacon, husbands aren’t always as enthusiastic when women start bringing home the filet mignon,” wrote economist Richard Thaler in The New York Times. Social norms and preferences have to evolve before we can truly celebrate gender equity.

When Nancy Pelosi spoke at Harvard a little more than a week after Collins’s lecture, Pelosi implied that she’s not satisfied with the current status of women. As Pelosi pointed out, in the twenty-four years between 1963 and 1987, women gained only five more seats in Congress. In 1987, when Pelosi joined Congress, there were twenty-three women in the House, with still just two in the Senate. Now there are eighty-two women in the House and twenty in the Senate, about which she is “happy but not very happy.” Across both parties and both houses, women today constitute nineteen percent of Congress—fewer than one out of every five members. Whereas Collins portrayed women’s progress as impressive, Pelosi characterized it as insufficient.

Unlike Collins, I am contrasting the status quo not with where we’ve been, but with where we could be. I grew up wearing a shirt my mother gave me that read “A Woman’s Place is in the House… and the Senate.”

Like Nancy Pelosi, I think we—women and men—should be happy, but not too happy, about how far women have come.

Elizabeth A. Kislik is a Master in Public Policy candidate at the John F. Kennedy School of Government at Harvard University. Prior to attending the Kennedy School, she worked in communications for The William and Flora Hewlett Foundation, a private philanthropic foundation.