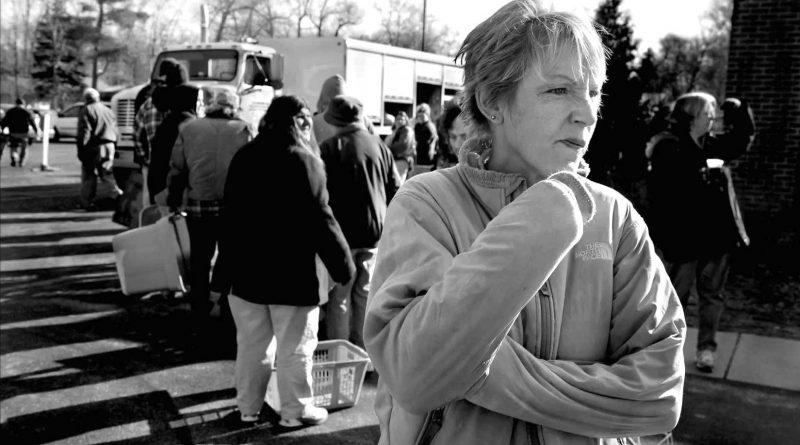 Note: This is part 2 of a 2 part series. Read Brian’s first post here.

Yesterday, we introduced the concept of the Great Decoupling – the idea that middle class income growth is no longer connected to the growth of the broader American economy.

In short, we can uncover the true causes of the Great Decoupling, closely study the responses of states and communities, and, in the meantime, tell the stories of those who have been unhitched from the American economic engine.

There are many proposed explanations for the Great Decoupling – from the decline of organized labor in America to the offshoring pressures of globalization, from onerous regulatory policy to the growth of technology. Andrew McAfee, for example, in his recent ebook co-authored with MIT professor Erik Brynjolfsson, Race Against the Machine: How the Digital Revolution is Accelerating Innovation, Driving Productivity, and Irreversibly Transforming Employment and the Economy, argues that even globalization is subservient to the trends of the technological age. The manufacturing jobs that were stripped from United States workers and outsourced to cheap foreign labor have now been stripped from foreign laborers and given to machines.

Others, like Tyler Cowen in his ebook, The Great Stagnation: How America Ate All The Low-Hanging Fruit of Modern History, Got Sick, and Will (Eventually) Feel Better, argue that the close relationship between GDP growth and the wage growth of the middle class was an anomaly driven by cheap land, a wealth of immigrant labor, and the explosion of new technologies. Now that these shortcuts to growth are gone, he argues, so too is the consistent growth of the middle class.

There have been further discussions on how to measure the Great Decoupling. Read Slate’s Matthew Yglesias here on the accuracy of measuring standards of living, and a response here.

But as of yet, we have not isolated a single cause of this economic shift. More research needs to be done.

The confusion around diagnosing the problem has not stopped states and communities in economic crisis from packaging together their own responses. Examples abound in the former manufacturing hubs of the United States – examples like Martinsville, Virginia’s Harvest Foundation, which invests in educational opportunities for residents living in the shadow of closed factories. Or next door in Danville, the Institute for Advanced Learning and Research. Both of these organizations work alongside community colleges to respond to the growing need for workforce training. Educate your workers, these organizations argue, and they’ll be ready to adapt to whatever shape the economy takes next.

These policy responses are admirable. They should be studied further and states and the federal government should heavily fund those that are successful. But we shouldn’t forget that they constitute a basic concession that the conventional idea of stability – of one adult training to do a single job well for his or her entire life and supporting a family on that trade – is slipping out of reach.

The data too often can anesthetize the real pain of this decoupling. It has been a brutal, violent process for the past three decades, and authors like Beth Macy and the intrepid duo of Columbia journalism professor Dale Maharidge and Washington Post photographer Michael S. Williamson have brought pictures, names, and faces to this very human crisis.

In their book, Someplace Like America: Tales from the New Great Depression, Maharidge and Williamson continue their seminal work from the 1980s (Journey to Nowhere) on the decline of American manufacturing told through the stories of various American workers and their families.

As these authors show, the toll that poverty and unemployment takes on the men, women, and families in these pages is similarly devastating whether the family was interviewed in the 1980s or the 2000s. But what has changed is their setting. The poor of the 1980s were found in rural communities, hiding in the trainyards of the West, or on the streets of major cities. Poverty today has slipped down the road, beyond the city slums to the highway, and crawled into what used to be the bastion of middle-class lifestyle. For the first time in American history, there are more poor families in our suburbs than our cities (making below $22,314 for a family of four).

George Packer in a recent New Yorker article covered the legacy of this reporting – both during the Depression and today – and our responsibility to tell these stories:

Today, few leading novelists, poets, or critics have devoted serious effort to recording economic conditions in obscure corners of America. Books of documentary reportage on the new depression have come and gone without much notice. That’s a shame, because, separately and together, they create a portrait of the country that is deeper, more disturbing, and, finally, more persuasive than tales of great men flying too close to the sun.

Public policy is a deeply human enterprise, unable to function effectively without the stories captured by Macy, Maharidge, Williamson, and others. While we try to diagnose and resolve America’s Great Decoupling, we cannot expect to do so without understanding the people and communities caught in its wake.