Home > Blog > Parsing the Foreign Policy Experts: Five Tips for Separating the Wonks from the Wannabes 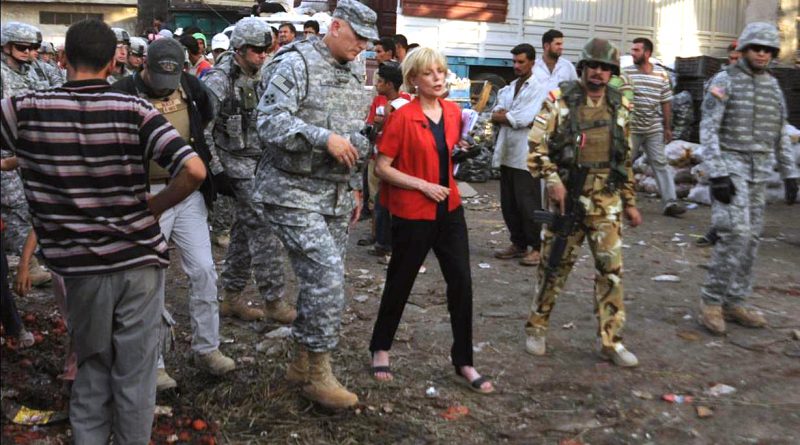 Would you ask an ophthalmologist to remove your gall bladder? Would you pay a traffic cop for legal advice? Probably not — unless you happen to be that dashing, danger-seeking Dos Equis guy. Yet when it comes to U.S. foreign policy, Americans seem content accepting counsel from dubious sources. Who can blame them? There’s no Angie’s List for the U.S. foreign policy business.

Thankfully, not all foreign policy experts stayed at a Holiday Inn Express last night. Here are five tips for separating the wonks from the wannabes:

From time to time, foreign policy commentators approach topics like second graders swarming a soccer ball. Before fighting erupted in Libya, for example, who knew there were so many “experts” on the intricacies of no-fly zones? In a sense, this is a basic case of supply and demand. The media wants more talking heads for its 24/7 coverage, more money is made available to research pressing issues, and the experts are happy to oblige. Like anyone else making a living, foreign policy experts have to stay relevant. Still, it’s safe to say that when news is breaking, some people are faking.

It’s impossible to ignore the swarm, since they’re often crashing into the most pressing issues. Sometimes, the frenzy even produces a good debate. Too often, though, camps quickly separate and entrench at opposite ends of an issue. To escape the echo chamber, look for someone who was writing on the topic before it was en vogue. Hunting down the foreign policy grandmasters can take some time, but it’s worth it for anyone growing tired of the flavor of the month club.

2.     Not All Think Tanks Are Created Equal

Check your trust in authority figures at the door when you read that someone is affiliated with the Great Institute for New Things in Foreign Policy. There are almost 2000 think tanks (foreign policy-focused and otherwise) in the United States alone, and plenty of them exist to pursue ideological agendas. These organizations don’t always cook the books, but their facts shouldn’t be taken at face value. A select few think tanks operate around the center of the political spectrum, housing fellows whose beliefs might put them in one group or another, but lacking any overriding ideological agenda. The Brookings Institution, the Council on Foreign Relations, the Center for Strategic and International Studies, the Carnegie Endowment for International Peace, and a few others are recognized by both sides of the aisle as offering smart, sober analysis.

For thinking outside of the U.S. foreign policy establishment, look to experts whose once-unpopular positions have been vindicated by history. It takes a lot of gusto to go against the establishment grain, but a few academics and former policymakers have proved their mettle by doing just that. In the lead up to the Iraq War, for example, a group of scholars united to publicly caution against a U.S. invasion. They even bought a full page ad in the New York Times, in which they warned presciently, “Even if we win easily, we have no plausible exit strategy. Iraq is a deeply divided society that the United States would have to occupy and police for many years to create a viable state.” If anyone was keeping score, these experts would have made the U.S. foreign policy All-Star Team and their subsequent advice on similar issues would have been elevated over those who were dead wrong.

Many of the best U.S. foreign policy experts write memos, not op-eds. These are the professionals working for three-letter agencies and in U.S. embassies around the globe. They’re fluent in foreign languages and focus on specific issues and areas. Not only do they have deep experience in their specialties, they also benefit from access to classified information. When you hear about them, it’s usually because something went wrong. For the other 364 days out of the year, they are the unsung heroes of U.S. foreign policy. For those of us without a top-secret clearance, recently retired intelligence officers and diplomats are often the next-best option.

You can’t learn a country’s culture or history in a day, especially not when you’re flying business class and staying at the Ritz. Indeed, there’s a real difference between living abroad and traveling abroad. U.S. politicians have a habit for confusing the two, especially during election season as they try to establish their foreign policy bona fides. On the other end of the spectrum, and often overlooked, journalists often have some of the deepest experience out there. A fact-finding mission isn’t a weeklong trip to the Green Zone, it’s what James Fallows did when he moved to China for three years.

Jonathan E. Hillman is a Master in Public Policy candidate and Presidential Scholar at the John F. Kennedy School of Government at Harvard University. A former research associate at the Council on Foreign Relations, he has written on U.S. foreign policy and national security issues for the Wall Street Journal, the Los Angeles Times, and the National Interest.