Home > Blog > Is It Becoming Harder to Vote? A Closer Look at Voting Rights In the South Over 50 Years 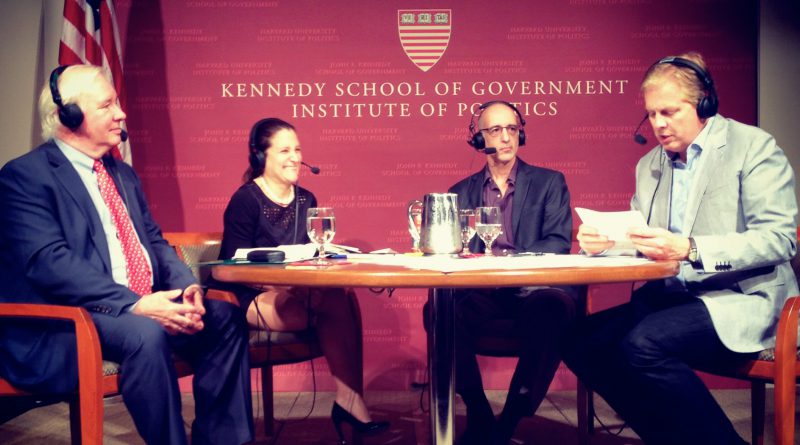 The nation’s political system was designed as a counterweight to economic inequality, but what happens when inequality enters the democratic sphere that we perceived to be immune? Alex Keyssar, professor of history and social policy at the Harvard Kennedy School, posed this question last week during the taping of WBUR’s On Point.

“Our country has changed.”

That’s what Chief Justice John Roberts wrote earlier this year when the Supreme Court struck down one of the main sections of the Voting Rights Act of 1965, which, among other things, required many Southern states to gain approval from the Department of Justice before making any changes to voting procedures (i.e. legislative redistricting or voter ID requirements).

Chief Justice Roberts is right. America has changed. Before the Voting Rights Act (VRA) passed in 1965, outright voter disenfranchisement of minority groups permeated the South. In Mississippi, for example, only 6.4% of eligible African Americans were registered to vote because “literacy tests” required prospective voters to interpret sections of the state constitution as a prerequisite for participation.  Informal, sometimes violent, barriers also were very real for registrants and advocates alike. In Mississippi, during the summer of 1964, there was a strong collaborative effort to register African Americans to vote – often called Freedom Summer. Many civil rights activists, including Medgar Evers, and potential voters were killed.

While our country has changed (literacy tests and poll taxes no longer exist in the South), there are still serious concerns about voting rights today. Soon after the Supreme Court handed down its decision on the Voting Rights Act this summer, Texas and Mississippi announced that their recently passed voter identification laws would soon take effect. Meanwhile, North Carolina passed a bill this session that requires voters to show a photo ID at the polls, shrinks the pre-election window for early voting, and eliminates same day registration altogether.

State legislation mandating voters to bring photo identification to vote may risk moving us backwards by putting up barriers to voting. This spring I spent many days in a public library going through election records and adding up the number of votes cast in all state and regional elections during the tenure of a former Mississippi Secretary of State. Over 12 years, 13 million votes were cast without a single incident of someone casting a vote in-person by impersonating someone else.

Alex Keyssar verifies this finding nationally in an HKS PolicyCast by noting that voter fraud on its own is rare, and, in the United States, the kind of voter fraud that photo ID requirements seek to prevent is extremely rare. Nationally, there have been incidents of people mailing in absentee ballots on behalf of others, but photo identification policies have no effect on this behavior. Laws that require a photo ID to vote are often labeled as a solution in search of a problem.

Yet, legislators and Governors continue to push for tightened voter regulations in many states, and these policies disproportionately put up barriers to voting for already disenfranchised communities that may not have birth certificates, driver’s licenses or other photo IDs. These communities include elderly, African American, and low-income residents. Even before photo ID requirements had taken effect in Mississippi, the confusion over what was required likely already deterred many individuals from heading to the polls.

Which brings us back to Keyssar’s question. Certainly our political system has not been immune to inequality in the past, but do the current movements on the federal and state level put us at risk of moving backward rather than forward with regard to democratic equality?

In her response to the Supreme Court’s VRA decision, the New Yorker reports that Justice Ginsburg feels that requiring Southern states to get permission before enacting new voting laws is effective and that striking down the law carries substantial risks: “Throwing out preclearance when it has worked and is continuing to work to stop discriminatory changes is like throwing away your umbrella in a rainstorm because you are not getting wet.”

So, will we get wet? The next year should tell us quite a bit, as several important cases will be argued and decided that could affect the landscape of campaigning and voting in America.

Across the country, officials and the public are pushing back against curbs on voting access.  On September 30th, the Obama Administration filed a lawsuit against a series of voting laws passed in North Carolina this legislative session– among them, voter identification requirements, cutbacks in early voting, and the elimination of same day registration. The administration believes that these changes disproportionately prevent the state’s African American residents from voting. In 2012, African-Americans made up 23 percent of registered voters but represented 29 percent of early voters, and 41 percent of those who used same-day registration.[1] This suggests that North Carolina’s changes to its voting policy will reduce the number of African Americans who make it to the polls. Even before the Obama administration announced its suit, hundreds of North Carolinians were gathering in the state capitol to protest voter ID legislation. In July, over seventy people were arrested as the public came together to protest the issue.

Even with the Obama Administration pushing back, state-level decisions threatened to limit voting access for too many individuals – many of whom, Keyssar says, belong to communities with low baseline levels of voter participation. We live in a nation that has taken great strides to make voting more accessible over the last 50 years. As we move forward, Congress and state legislatures must continue to craft policies and laws that encourage voter turnout – not discourage it.

You may want to pack an umbrella.

Sarah Allin is a Master in Public Policy candidate at the John F. Kennedy School of Government at Harvard University. Prior to attending the Kennedy School, she conducted policy analysis on issues affecting low-income families in Mississippi.