Home > Blog > Who is Medicaid Missing? What I learned in “Introduction to U.S. Health Care Policy” shocked me 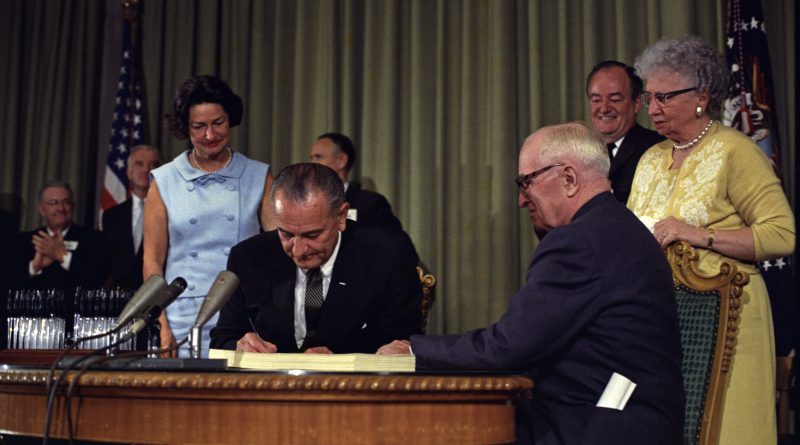 With a historic overhaul of our health care system underway, I felt like a good public policy student should understand the basics of American health policy. Dutifully, I enrolled in “Introduction to U.S. Health Policy,” a semester-long course co-taught by Sheila Burke and Richard Frank. I knew there would be new vocabulary and acronyms, some economics, and a lot of charts.

I was not prepared for the shocking nature of the first class lectures.

My basic understanding of our health care system included an embarrassingly simple pneumonic to distinguish Medicaid from Medicare. We “care” for the elderly. We give “aid” to the poor. Simple, right?

No, not really. I learned that a male – let’s say he is 27 years old – is not eligible for Medicaid in most states no matter how poor he is, unless he fathers a child or has a severe disability. The same is true for most childless adult women.

My professors went on to explain that Medicaid is actually only for select groups: children, parents, pregnant women, people with disabilities, and seniors. This leaves millions of low-income Americans with no insurance. If you are poor and childless you’re likely out of luck.

I wasn’t the only bewildered student; several of my peers also seemed stunned.

“Wait — so even if you’re making just $100 a year and you do not have a child, you don’t qualify for Medicaid?” one student blurted out.

“That’s right. Not unless you are disabled or elderly,” explained Professor Burke.

She went on to explain that since its enactment in 1965, Medicaid has always been designed as a program for families and the disabled. The system was never set up to cover all low-income Americans.

Even if you fall within one of the eligibility categories, the availability of help is limited. Each state establishes its own eligibility standards. Many have adopted income cutoffs so low that the working poor are virtually prohibited from receiving this government assistance. In 16 states, parents with earnings of just 50 percent of the federal poverty line do not qualify for Medicaid.

The 2013 federal poverty line (FPL) for a family of four is $23,550. For individuals, $11,490 puts you below the line.  But in many states, you must earn much less than that to be eligible for health insurance through Medicaid. If you are an individual working in Alabama (and you fit nicely into one of the categories mentioned earlier) you have to make less than 24 percent of the FPL—less than $3,000 per year – to qualify. A single mother in Rhode Island has to earn less than $5,500 to qualify. And a family of three in Illinois can only qualify if its total household income is below $5,000 a year.

But the most shocking part of the story is what came next.

For decades, officials in Washington have been fighting for measures to expand coverage for low-income people—both parents and non-parents alike.  Finally, it seemed that the Affordable Care Act (ACA) offered an answer to the limited nature of Medicaid, but many states have chosen not to accept this solution.

Initially, the ACA required all states to expand their Medicaid programs. All low-income Americans – including childless adults – under 138 percent of the FPL were to be eligible for a basic set of health care services. But in 2012, the Supreme Court ruled that states did not have to agree to this expansion. Many have not.

To entice states to join the expansion, the federal government is promising to pay the entirety of the newly eligible patients’ Medicare costs the first few years and 90 percent of these costs thereafter. Sounds like a pretty good deal, right?

Twenty-five states seem to think so. This is a huge win for childless adults who, before ACA, were not eligible for any Medicaid service in forty states.

But we can’t forget the politics behind it all.

In acts of defiance against “Obamacare,” twenty-six states have refused the federal money and decided not to expand their current Medicaid thresholds. So if you are poor, even extremely poor, and live in one of these states – the rules about having a dependent child or being disabled still hold.

Governors are saying “no thanks” to a nearly free program to provide care to their neediest citizens. They claim that their state budgets are too vulnerable for the five percent cost share they will be required to pay in 2017 or the 10 percent they’ll bear as of 2020. It seems a 90 percent payment from the federal government isn’t convincing enough.

My classmates and I were shocked.

We aren’t even at midterms yet, and I’m already moved by three stunning truths about health care in America: Many of our poorest citizens aren’t eligible for Medicaid, the ACA ostensibly solved the problem, and more than half of our states have turned down the solution.

Karly Schledwitz is a Master in Public Policy candidate at the John F. Kennedy School of Government at Harvard University. She serves as chair of the Electoral Politics Professional Interest Council and served as a research assistant for the Shorenstein Center last spring.