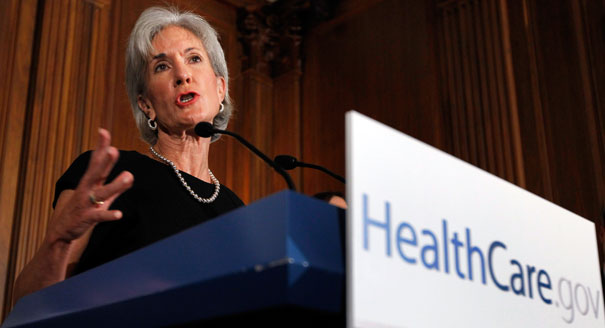 On the bright, sunny morning of Thursday, July 28, 2012, a group of reporters and interns could be seen in their best work outfits and most comfortable running shoes sprinting out of the regal, marble halls of the Supreme Court to the legions of cameras situated just beyond the front steps. In their arms they carried one of the most anticipated Supreme Court decisions in decades, the 5 to 4 decision by the Court to uphold the Affordable Care Act. Writing in concurrence with the Court’s judgment, Justice Ruth Bader Ginsburg cited an article written by Washington Post health policy reporter and WonkBlog contributor Sarah Kliff. With good reason. From the moment of the law’s passage, Kliff has reported daily on the policy implications of U.S. health reform – covering its effect on state health experts, federal officials, and industry groups ranging from community health workers to doctors to breast pump manufacturers.

In less than one month, health reform in the United States faces yet another test. The Health Insurance Marketplaces – state-run or federally-run websites and offices that allow people to shop for health insurance and apply for subsidies to afford coverage – will open for enrollment on the first of October. With this deadline looming over the health policy landscape in the United States, the Kennedy School Review was fortunate to get some of Sarah’s insights on the road ahead.

KSR: After October 1, 2013, where should we look to see whether Open Enrollment succeeded or failed?

SK: While there will no doubt be a wave of stories in early October judging how well open enrollment is going (I might even write one!), I’d say it’s really best to wait until the end of open enrollment in March to make any determinations of success or failure. It’s completely plausible to me that a lot of people might wait until their very last chance to buy health coverage on the marketplaces, much like we do with filing our tax returns.

One additional thought here: It’s also a bit squishy what metric we’ll use to define “success.” The White House has repeatedly said it hopes 7 million people will sign up on the marketplaces for 2014, so that will certainly be one way. But I think success will also have a more qualitative sense to it as well, in terms of how good or bad the enrollment experience is.

KSR: Many of your interviews and stories focus beyond Washington and reach state policymakers. What do you think has been the biggest disconnect between the conversation around health reform in Washington and in the states?

SK: One of the biggest disconnects I’ve seen in my reporting has to do with expectation setting, for what Americans should think will happen when the new marketplaces open next month. When President Obama compares the process of shopping for health insurance under the ACA to buying an airplane ticket, that can frustrate state leaders, who think the first few months will be a whole lot bumpier than shopping on Kayak. When I talked to Kevin Counihan, who runs Connecticut’s marketplace, he told me that “A lot of what I do right now is manage expectations. I was with the Connecticut Medical Society recently and a lot of what I was doing was calming the waters, telling them that it’s not going to be perfect. It’s going to be clunky.”

The White House is, admittedly, in a tough spot on this issue. This is obviously one of President Obama’s major accomplishments, and it likely will lead to a major expansion of health insurance. So they want to tout the things that it will do, and it will be interesting to see how all of this plays out next month.

KSR: Opponents of the law argue that community rating, essentially basing premiums on the health of a population rather than an individual’s health status, will raise premiums in the individual market and convince healthy young people to forego health insurance. You’ve reported on the prices some states are reporting for health plans sold through their health insurance marketplaces, and on the Administration’s efforts to counter this effect. Based on what you’ve seen, is this a major hurdle for implementation?

SK: Young people are definitely the focus of much of the outreach work happening now, both from health law supporters and opponents. I think what will matter most is whether young adults think that premiums are affordable under the health care law, and that’s something that’s hard to predict in advance.

The Kaiser Family Foundation put out a report last week that’s super helpful in thinking about this issue. It showed the price that a 25 year old who earns $25,000 would pay for the very cheapest health plan in the new marketplaces. It showed that in Vermont, the prices were low enough that this person wouldn’t have any premium at all; their subsidies would cover it. But in Oregon, they would face a $116 monthly premium.

Is $116 per month affordable to a 25-year-old earning $25,000? I think that’s a hard decision to predict, and going to have a lot less to do with efforts out of Washington than it will with actual people making budgeting decisions about their lives.

KSR: You’ve spent the past few years reporting nonstop on a law that has had some historic political and policy challenges. As a reporter, how do you manage to focus reporting on the policy details of a law that is so politically-charged?

SK: One of the blessings and curses of covering the Affordable Care Act is that it’s really complicated. This isn’t necessarily a bad thing; when you pass a law that dramatically overhauls our country’s largest industry, it will near certainly be quite complex. A lot of my writing focuses on understanding those complexities, which often don’t have a political angle to them at all. I’ve written about how one health law provision increasing insurance coverage for breastfeeding dramatically increased breast pump demand  and another quirk of the law that united tobacco companies and anti-smoking groups in lobbying for repeal. When there’s so much policy to write about, it actually makes it easier to focus on the substance of the law rather than the politics.

KSR: If you had a chance to interview Sarah Kliff of the future twenty years from now, what parts of the Affordable Care Act would she say most transformed American health care?

SK: There are two changes that have the potential to transform American health care, although its hard to say right now how exactly they’ll play out. The first is the expansion of coverage. From everything the CBO projects, there are going to be significantly fewer uninsured people 10 years from now than there are today (their projections only go out a decade).

The second transformation, which isn’t quite as certain, would be one in how we pay doctors. While the health care law is largely known as an insurance expansion, there’s a whole other section of the law that aims to move health care from a system that pays for value, rather than volume. By one report’s count, there are 45 different payment reforms scattered throughout the law.

Most of these are experiments that are just now getting started, so its hard to know how transformational they will be. Check back with me in 20 years.

KSR: Each state is obviously going to move at a different pace and implement the law in slightly different ways. Which states have been the most interesting to cover?

SK: I think the states are really fascinating, for exactly the reason you mention: They’re all handling the law totally differently. I had a really great experience writing about Connecticut’s marketplace a few months ago, mostly because their staff was so open about the difficulties of setting up the exchange. Even in a state that really wanted Obamacare to succeed, it was refreshing to see a frank discussion of the obstacles that could stand in the way.

Nevada has been another interesting one to cover, since they’re one of the few state-based marketplaces that has a Republican governor. They’ve done some really interesting things, like making the prices of health insurance really accessible in advance of their launch.

Last, California has been a focus of mine as well. It has one of the largest uninsured populations in the country, and was the first state to pass legislation creating a marketplace. The state has really positioned itself as a leader on the law, and since its so big, I know that the White House is watching it closely. If the law can’t work in California, it might signal troubles for the health law elsewhere.

KSR: If you had to pick one for the WonkBlog Zoo – red panda or family of otters?

SK: You saved the hardest question for last! While I hate, hate to chose between two fantastic zoo animals, I’m going to have to go with otters. I recently learned that otters have the densest fur of any animal, as many as 1 million hairs on one square inch, so that’s pretty awesome! And, they’re just generally adorable, quite social and hold hands when they sleep, as to not float away from each other. When I don’t write about health policy at Wonkblog, I often posts videos such as this one, which I titled “Seven minutes of pure, unadulterated otter.” You’re welcome!

Sarah Kliff is a reporter with the Washington Post covering health policy and a regular contributor to the Post’s WonkBlog. She previously covered health policy for Politico and national politics for Newsweek. She has written for National Geographic, the BBC, Humanities Magazine, and St. Louis Magazine, and has received fellowships from the Kaiser Family Foundation and the University of Southern California Annenberg School of Journalism.