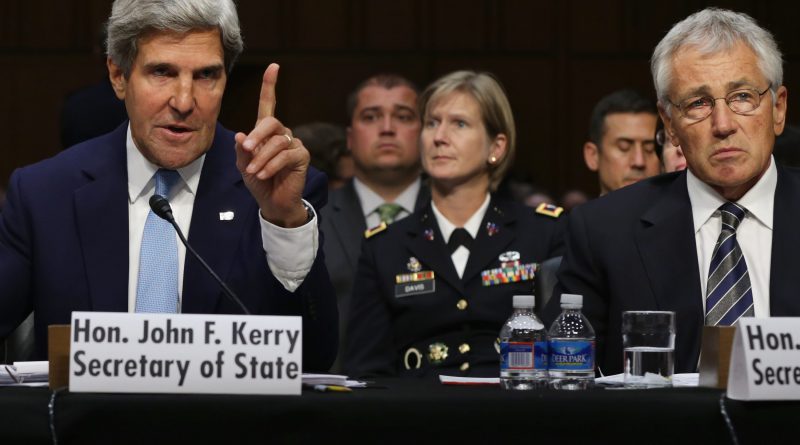 As President Obama made the case for military action in Syria Sunday, he was clear that such actions would be proportional in scope, reiterating, “What we are envisioning is something limited.” Now that the President has placed the onus for a decision on the legislature, it is at least as important for the Congress to agree on how to pay for military action as it is to authorize it.

Despite skepticism from lawmakers on both sides of the aisle, the White House maintains that the President does not require an authorization from Congress to intervene in Syria. However, as Obama makes his case for presidential power at the bully pulpit, he may be showing his hand as he launches a lobbying campaign on Capitol Hill this week and indicates openness to negotiating new language for the authorization.

Is Obama indeed prepared to act should Congress reject authorization? If not, the President will likely need to make concessions to both sides of the debate.

Lawmakers who oppose the President’s plan claim the language is too vague and could drag the nation into another protracted war for which it has no appetite. This may be one area where Obama is willing to negotiate as he emphasizes, “it does not involve boots on the ground. This is not Iraq and this is not Afghanistan.”

To those hawks on the right who fear his plan is not enough, he again appears flexible. To win their support, he may be willing to increase both the quality and quantity of arm shipments to the Syrian opposition. After outlining a plan to upgrade the opposition during a meeting with Senators McCain and Graham, McCain remarked that, “before this meeting, we had not had this indication.”

What would a politically feasible strategy look like? Such a strategy is sure to underscore that there will be no American boots on the ground. Furthermore, such a strategy will likely feature increased assistance for the Syrian opposition.. Finally, such a strategy bears a mounting resemblance to the 2011 US intervention in Libya in terms of costs to the American taxpayer. Before committing US taxpayers’ dollars, Congress should not only be debating the authorization of military action, but also debating how to appropriate such funds with the lessons of the Libyan intervention in mind.

Despite similarities to US strategy in Libya, several questions are strikingly absent from the current debate on Syria: how much will military action really cost and where will Congress find the money to pay for it?

Following operations in Libya, Vice President Biden celebrated the fact that “America spent $2 billion total and didn’t lose a single life.” The successful use of military force in Syria for the relatively small price of $2 billion might seem appealing to the administration as it attempts to persuade Congress to authorize action. As the White House appears to court both side of the aisle with a strategy of increasing support to the opposition while maintaining no boots on the ground, the result for action in Syria may appear more similar to US operations in Libya than Obama had anticipated, at a cost that amounts to less than 1% of the Defense Budget.

In the years since the US intervention in Libya, US government spending has been burdened under sequestration and the current budget crisis in the Defense Department makes any defense spending much more difficult than when Qaddafi was ousted from power.

Just months after the US ended major operations in Libya, Congress enacted the Budget Control Act of 2011, which effectively forced the Defense Department to cut its budget by $250 billion over five years. Moreover, the recent impact of  sequestration could further reduce Defense spending by 10%. The summer of 2013 was filled with many unresolved debates between the Pentagon and Congress on how to reign in defense spending while still maintaining readiness. One unfortunate consequence of Congress’ inability to agree on a way to end sequestration was the furlough of Defense Department civilian employees.

To maintain a minimal level of readiness under the effects of sequestration, in July the Pentagon enacted furloughs on 680,000 civilian employees in order to save $1.8 billion. Although the furloughs had damaging effects on the Defense Department, there was no other choice due to Congress’ unwillingness to allow the Pentagon to find savings elsewhere in the Defense budget such as through compensation reform or base closings.

If the cost of military action in Syria approaches the cost of the US intervention in Libya, the Defense Department will again be forced to find a way to find savings just as they did last summer. It is for that reason that if Congress chooses to authorize military action in Syria, it is also incumbent upon Congress to responsibly appropriate the funding for such actions to avoid a situation similar to last July.

In making a case for military intervention, Secretary Kerry made it clear that “it’s important to ask the tough questions and get the tough answers before taking action, not just afterwards.” Unfortunately, the question of how to pay for military operations in Syria is not seriously being considered. And if, by chance, we ultimately engage in an operation as costly as Libya, Syria could impact our security far more in the future than it may threaten our security now if Congress fails to make strategic decisions upfront to responsibly fund military action.

Dan McConnell is a Master in Public Policy candidate at the John F. Kennedy School of Government at Harvard University. A former Army Captain, he has deployed in support of multiple operations in Iraq, Afghanistan, and Haiti.