Home > 2013 Issue > Winning the War on Corruption: The Six-Step Solution 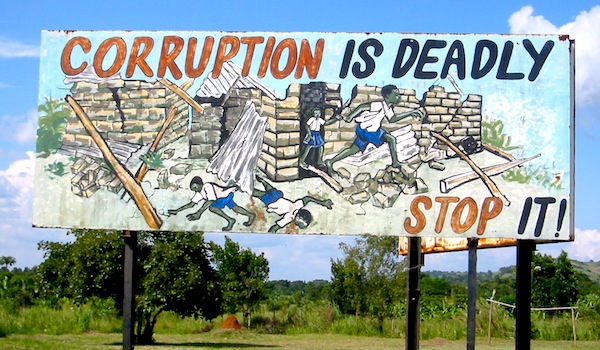 If you are a child in India under the age of five, there is a 42 percent chance you are suffering from malnutrition. According to Reuters, every day across India, three-thousand children your age will die as a result.

The reason is that 58 percent of food in the Public Distribution System (PDS) is lost before it reaches India’s children, mainly due to a form of corruption known as “leakage”: the diversion of public resources for personal gain. PDS distributors divert rations for sale on the open market, and the food that eventually reaches the village level is often of poor quality. PDS leakage in India reflects the challenges that many countries face in dealing with corruption.

Is corruption always a problem? The question may sound rhetorical, but to correctly diagnose corruption and mobilize constituencies to address it, one must critically reflect on if and how a particular instance of corruption impedes progress in that society. We define corruption here as “the breaking of a rule by a bureaucrat or elected official for private gain.” For some, this breaking of a rule is intrinsically bad: an abuse of authority and challenge to the rule of law. But many other citizens and bureaucrats around the world judge corruption in context, evaluating the extent to which they will tolerate or even admire corrupt officials based on the impact of their deeds. Leakage has become a political concern nationally because of its intolerable impacts: the poor are deprived of their legal right to food, and massive malnutrition persists.

This article explores the phenomenon of corruption and considers possible policy interventions to address it. Four prevailing policy approaches are presented: law enforcement, economics, moralism, and cultural relativism. The article then draws on the four frameworks to offer a context-specific approach to diagnosing and intervening in cases of corruption. Throughout, the example of corruption in India’s PDS serves as a useful case study. While the frameworks below are each more complex than could be captured in a single article, this attempt to bridge the main intellectual silos in the anticorruption field will hopefully enable practitioners to better address corruption in a multifaceted and localized manner.

From a legal perspective, corruption occurs when the law is violated, regardless of the context or consequences of the act. According to Black’s Law Dictionary, corruption involves being “inconsistent with official duty,” not simply acting out of self-interest. This legal approach is embodied by national anticorruption agencies, the International Bar Association’s Anti-Corruption Committee, and legal conventions such as the Organisation for Economic Co-operation and Development’s (OECD) Anti-Bribery Convention.

The legal paradigm offers clear boundaries for a messy topic. However, the framework depends on the legitimacy of the rules in a given system. Some may view corporate spending in U.S. elections as “corrupt,” enabling undue private influence on public decisions, but under the legal framework, if the spending does not violate U.S. laws, then it is not corrupt. From this perspective, the ability of law enforcement agencies to control corruption is constrained by the extent to which they have the right laws on the books to enforce.

Legalists typically combat corruption by ramping up the resources of law enforcement agencies and promoting their political independence. This can involve establishing an anticorruption ombudsman, hiring more prosecutors, or training anticorruption investigators. Success is typically measured by an increase in prosecutions, convictions, or penalties. Ultimately, law enforcement aims not only to punish wrongdoing but also to deter future acts of corruption.

The law enforcement approach to PDS leakage is to investigate and punish those guilty of diverting resources or conspiring to permit leakage to continue. This approach has had limited success, as evidenced in the state of Uttar Pradesh, where it is widely known that $14.5 billion in PDS food was stolen over the last ten years. Nonetheless, the corruption has gone unpunished legally. According to a news report: “A state police force beholden to corrupt lawmakers, an underfunded federal anti-graft agency and a sluggish court system have resulted in five overlapping investigations over seven years—and zero convictions.”

Abigail Bellows, a 2013 Master in Public Policy candidate at the John F. Kennedy School of Government at Harvard University, specializes in U.S. foreign policy, governance, and South Asia, building on five years of experience as a community organizer and leadership consultant.

Education in French: A Harmful Colonial Relic or Beneficial Endowment?

June 1, 2020 Comments Off on Education in French: A Harmful Colonial Relic or Beneficial Endowment?