Home > 2013 Issue > The Changing Face of Higher Education: The Future of the Traditional University Experience 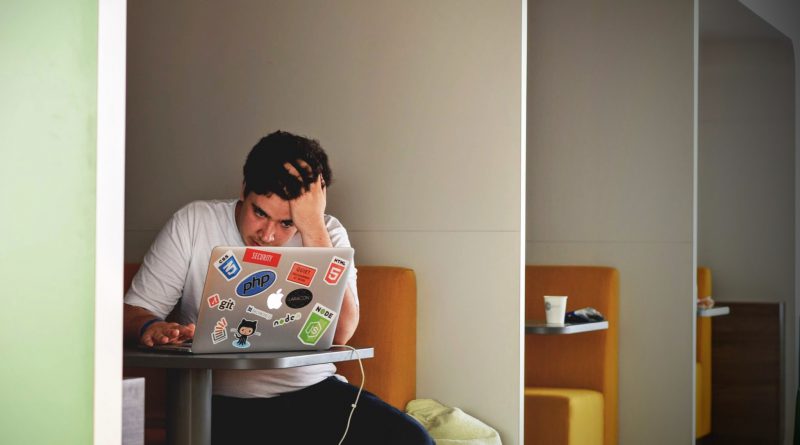 Sarah Cummings sat at the kitchen table, her Web browser open and a handful of graduate school brochures strewn about. A senior manager at an education firm based in Cambridge, Massachusetts, Cummings was wrestling with idea of returning to school. “People have always told me that you need a master’s degree,” said the twenty-eight-year-old California native. “But given the business climate, I am just not sure it is worth it.

Cummings is not alone in her hesitation: enrollment in graduate school programs has dropped for the second year in a row, according to the Council of Graduate Schools. Experts say the decline is a result of rising tuition (since 2000, there has been a 49 percent increase at private universities and 73 percent rise at public universities) coupled with a struggling economy.

But there’s a third factor that may be affecting enrollment figures.

Today, more so than ever, digital course offerings are becoming a valid alternative. Prospective students no longer need to leave their jobs or forgo a salary to pursue higher education. This is supported by the recent entry of the so-called elite colleges into the space, which is giving online learning greater credibility.

In fact, the rush to stake a flag in the online higher education movement led the New York Times to label 2012 “the year of the MOOCs” (massive online open courses): “MOOCs have been around for a few years,” the Times wrote in a November 2012 article, “but this is the year everyone wants in.”

In the fall, Harvard University and the Massachusetts Institute of Technology teamed up to release their first seven courses as part of a not-for-profit venture called edX. The online platform extends the elite academic experience to the general public—tuition free. Those who complete the courses receive a “certificate of mastery,” though no degrees are awarded.

Then there’s the more well-known Khan Academy, a five-year-old nonprofit with bite-sized videos and mini-tutorials directed at secondary school students; Coursera, a private, fee-based, certificate-issuing platform launched in 2011 and used by thirty-five universities around the world, and Udacity, a computer science–focused, free online system that introduced its first two courses in February 2012.

With so many video-streaming online platforms, learning analytics, and interactive exercises delivered at a fraction of the cost (or sometimes free), a crucial question arises: are higher education programs putting themselves out of business?

Stephen Carson, external relations director at MIT OpenCourseWare (one of the first MOOC projects), says no. “It’s going to be a long time before a graduate school experience can be replicated online,” he said. “Some of the best experiences [at least at MIT] are in labs, using the equipment, designing and creating things, and that is not going to go online very easily or very quickly.”

The Impact on Campus-Based Education

The academic fields that may suffer most from this movement online are education, management, and arts and sciences. Unlike medicine or science, where you need a lab, you don’t need a physical infrastructure to learn in humanities-based courses. Despite edX’s “Introduction to Biology” or Coursera’s “Fundamentals of Electrical Engineering,” training the nation’s doctors, scientists, and engineers entirely through virtual spaces—when so much of their work is hands-on—seems a far way off.

But beyond displacing fields of study, there is some concern that the rise of online learning will purge institutions. While it certainly will not threaten an MIT or a Harvard, it may put pressure on lesser-known institutions. When you can learn from the so-called elite universities for free and without going through the rigorous application process, will there still be interest in a $40,000 degree from a lesser-known college?

“There is a lot of anxiety in the higher education community about people and jobs and academics being supplanted by these tools,” Carson says. “I think they are going to challenge schools at the middle of the pack to better articulate the value that they bring to the table.”

These middle-of-the-road institutions have one thing going for them: most of the interest in online courses is not coming from the United States but from areas that may not necessarily have access to campus-based learning. For example, according to self-reported statistics from both MIT OpenCourseWare and edX, 60 percent of each venture’s traffic is international, stemming from countries such as India and Colombia.

Within the United States, there has yet to be a massive movement toward supplanting campus-based education. But if online learning continues on its current trajectory and students exchange their pricy campus-based education for an online degree, the universities that have thrived on low-cost tuition, night classes, and low entry barriers may see their enrollments taper off.

As far as learning at the undergraduate level, the ivy-covered brick towers, dorm-room keg parties, and large lecture halls still have their place. Experts agree that campuses serve as an important venue for the transition from adolescence to adulthood. It is a rite-of-passage for the nation’s youth and a safe environment in which young minds can experiment.

That is good news for disciples of campus-based education, who say there is nothing like sitting around a small table with a handful of students and discussing the merits of Immanuel Kant’s “Transcendental Aesthetic” or John Rawls “Veil of Ignorance.” The four-year undergraduate experience—though it may be transformed—is not going anywhere.

The Changing Face of Higher Education

But while campuses still serve a role in educating the nation’s young people, the structure of their classes is much different from those who graduated just ten years earlier.

Not only is online learning allowing students to more easily study abroad or take time off due to personal issues, it is also tailoring the learning experience to an individual style or pace. Concepts not grasped immediately can be relearned through programs online or processed through a variety of formats (online questions and answers, brief summaries, and additional readings or videos). By offering greater flexibility in teaching mechanisms, students are better equipped to take their learning in stride.

Surfacing alongside the online education movement are new ideas about how to use classroom time. Today, fewer courses are being taught in the traditional lecture style; many are moving toward a discussion-based seminar or are adopting the notion of the “flipped classroom.” According to Allison Pingree, director of professional pedagogy at the John F. Kennedy School of Government at Harvard University, a flipped classroom is a new teaching method in which lectures are moved outside of class (in the form of online videos or readings) and class time is spent on problem sets with the professor serving as a guide.

“So much of our educational model in the past has been to sit and be passive recipients,” Pingree said. “Today, we are recognizing that how we spend that face-to-face time is a really precious resource, and technology can help us enhance student learning by having students get caught up to speed outside of class.”

Online learning is also changing the relationship between student and teacher. Rather than the instructor serving as the sole source of knowledge in a classroom, professors are increasingly encouraging information sharing between students.

In fact, online platforms have cited situations of “massive meetups” where students enrolled in a particular class will meet for a coffee in Argentina, a tutoring session in Germany, or class discussion over beers in India: instead of all learning being done between a professor and a student, peer-to-peer guidance is becoming increasingly important.

“The idea that learning revolves around one central figure disseminating expertise was already on its way out,” Pingree said. “Technology has sped that up exponentially.”

Higher Education Is Changing the World

As state and federal policy makers wrestle with higher costs of public institutions and shrinking budgets, many are exploring digital platforms as a tool to keep tuition costs low.

In the spring of 2013, forty public universities offered credits for online courses through the MOOC2Degree/Academic Partnerships. A central idea of the platform is to ensure that those high costs and low budgets don’t threaten academic quality or enrollment rates.

The Florida state legislature recently discussed online education as a means to grow a more educated workforce and keep pace with high demand for a university education. Already the state has a virtual K-12 school with a 122,000-student enrollment.

California legislators are considering a bill that gives students at state universities credit for courses taken online. The credits would only be offered to students who were denied access to oversubscribed courses, and the online classes would have to be pre-approved by faculty. According to bill sponsors, the change is one way to answer challenges of funding and over-enrollment in the state’s higher education institutions.

In November 2012, edX announced it would partner with the Massachusetts Community Colleges for open access courses. Beginning in spring 2013, both Bunker Hill and MassBay Community Colleges will offer a computer science and programming course from the edX platform that will be complimented by in-class exercises and discussion.

“The growth in student borrowing and student debt levels has been of great concern both to the general public and to the federal government,” said James Honan, a senior lecturer at the Harvard Graduate School of Education. “There is a gigantic push toward online resources … Can [digital tools] be deployed to reduce the cost of traditional higher education or tuition even in a marginal way? That is of great interest to policy makers and to leaders.”

But the real opportunity for online education is in developing countries. Today, even the daughter of a farm laborer in rural Thailand can access the classrooms of an Ivy League school, provided the local Internet café connection is fast enough and she has the patience to learn English. No longer does an eight-hour bus ride to the closest urban center stand as an obstacle to greater learning. And no longer do the hurdles of poverty keep all determined learners on the sidelines of higher education.

Perhaps it’s a bit idealistic to think that online offerings could lead to scholarship opportunities, employment opportunities, or the development of new industries in emerging markets. But the tools are there and enough institutions are working to facilitate access that it does not seem so far-fetched anymore. For anyone who has traveled to developing countries and interacted with Internet-savvy youth, the aspiration of global equality does not seem so far off.

Governments and universities around the world are experimenting with online education as a means of reaching their more rural populations and overcoming infrastructure challenges, where the number of classroom seats is not enough to meet demand. Though questions of quality of education arise from a heavy dependence on online platforms, university administrators are simultaneously re-examining accreditation standards and ways to internalize new technology.

So while a Coursera and Udacity will never replace the bricks and mortar of centuries-old universities, they are offering access to elite education in many corners of the world. They are reshaping how classes are taught and how students learn. And they are leading graduate students to rethink the hefty price tag of campus-based learning.

For now, there is still a need for ivy-covered towers, large campus quads, and wood-paneled lecture halls. But how those spaces are used and how students learn is changing. Largely because universities and academics are now embracing the Internet, higher learning will never be the same.

Chrissie Long is a freelance journalist who covers higher education for University World News. Her work has appeared in the Christian Science Monitor, the Miami Herald, and the Latin Trade Magazine. Most recently, she directed a nonprofit focused on health and education in Central America. She is a Master in Public Policy candidate at the John F. Kennedy School of Government at Harvard University.