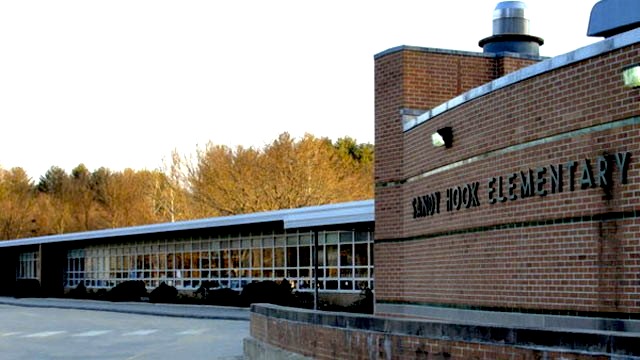 I heard about the Connecticut shooting early in the day, but the full effect of it didn’t hit me until I got home late on Friday night. It was too much to process, too close to the Oregon shooting on Tuesday that left two dead and one wounded at a Happy Valley mall, too close to the Ohio shooting in February that left three dead and three injured at Chardon High School. Too close to Columbine.

The weight of the shooting settled in when I caught up on the news via Facebook. Pictures of teachers running from the school, hand-in-hand with police officers, their workday a nightmare. The SWAT team outside the school, armed to the teeth but impotent in the face of madness. The tears of a President known for his extraordinary calm. The faces of distraught parents who will never see their children again.

The grief, digital and delivered, was too much for me. I wept.

With the grief came the calls for action—for us to ban assault weapons; to arm teachers so that they could shoot back; to finally address the awful state of mental health care in this country. The debate was raw and painful. Everyone wants answers, but no one can give them in this moment. No solution is powerful enough for us to turn back the clock, to bring back these innocent lives that were so needlessly stolen. We are all together in our grief, and there is no immediate path forward.

Yet, there are good thoughts in these solutions about the need for gun control, if for no other reason than the fact that our laws are so permissive, so ill-conceived that no rational person could sit back and claim that we have done our due diligence as a country. The man who shot more than a dozen elementary school students would not have been permitted to rent a car if he wanted one; why should it be so easy for him to access guns?

Even more persuasive is the case for expanded mental health care. We don’t do enough for the people in our community who are ill; we shame those who need mental health services, and then make it difficult for them to get help when they are brave enough to ask. Any country in which guns are cheaper than mental health care has bigger problems than the guns.

That said, the simple plea for gun control or mental health care isn’t enough. Fewer guns might help reduce violence and better mental health services could save lives, but this man did something so unspeakable, so evil, that it must say something about our society and our culture. It is too easy to write him off as “crazy,” or to insist that he would have killed fewer kids if he had only been able to use a knife.

There are deeper questions we have for this man that lay far outside the debates on gun control and mental health. Why? Why kill children? Why tear apart the fabric of our lives? Why throw away your own life for so little?

When I watched President Obama’s short remarks, I was struck by the fragility of our systems. We build up men and women to protect us, to speak for us, to govern our society in productive ways. We entrust them with enormous power. And in the face of this problem—the specter of young men who purchase weapons to do violence against the innocent—they are helpless. I cannot imagine President Obama’s grief last night. He is the leader of the free world, the most powerful man on the globe, and he could do nothing to undo what had been done last night. None of us can.

In the next few weeks, we will have to move forward to action on this issue. But we should be clear that it is not solely an issue of gun control or mental health. It is not solely an issue of concealed carry laws or school safety. It is an issue of violence, the kind we carry in our cultural DNA. The cancerous love of death that has been with us since we glorified the struggle of World Wars, since the days of the Wild West, since the origins of our American Revolution.

There is no single solution to this crisis, no silver bullet that would have stopped this massacre. We should take steps to limit gun ownership and increase mental health services. But there is deeper work that must be done in creating community structures that can hold and support the young men—and it is almost always young men—who continue to choose this path.

Mark Diaz Truman is a 2013 Master in Public Policy candidate at the John F. Kennedy School of Government at Harvard University. After spending the last five years working in for-profit education, Truman is now committed to community development and organization.