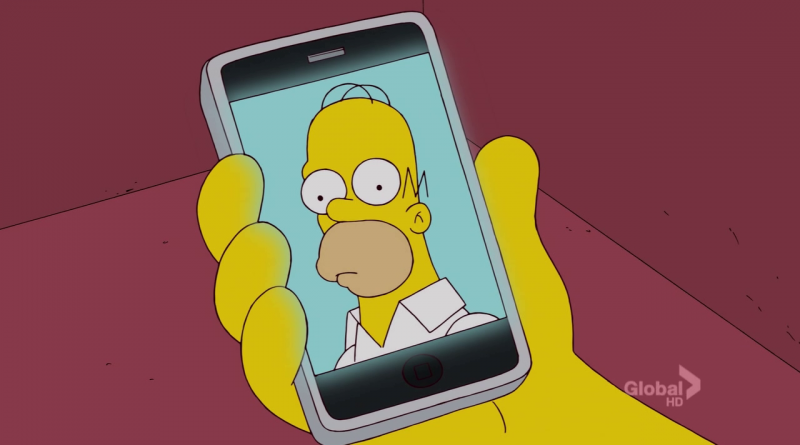 In the English-speaking world, I have seen it written, the two most widely quoted sources are the King James Bible and the collected works of William Shakespeare, two Elizabethan corpora that together helped crystallize English into its present form. In the past four hundred years, no other works have had anything close to their effect on the written and spoken English language.

But in the 1990s, The Simpsons came awfully close. It was virtually universally quotable, especially among Generations X and Y. “D’oh!” “Mmm… donuts.” “Hi, I’m Troy McClure.” And for the ad-men, there were ubiquitous Bart Simpson catchphrases like “Ay caramba” and “Don’t have a cow, man” and “Eat my shorts.”

The Simpsons was everywhere. Now it isn’t. Yet Shakespeare and the Bible endure. What happened?

As the internet grows at an astonishing rate—according to CNET, “Facebook processes more than 500 TB of data daily”—existing characters and known properties are worth their weight in gold. It is very hard for a new character to gain traction. Theoretically, The Simpsons should be well-positioned to benefit from the increased traffic of the web without being lost amid the content produced by that traffic.

But The Simpsons has not done nearly as good a job as they might have at benefiting from the social web. The potential of their web presence can’t be underestimated—the first decade of The Simpsons is some of the greatest television that has ever been produced. It may justly be considered, without hyperbole, as one of the crowning artistic achievements of the 20th century. The show was constantly quoted because it hit the right cultural moment at the right cultural time, updating the working-class family tropes of The Honeymooners and The Flintstones with biting social satire, cultural parodies, and occasional surrealism.

So why can’t I watch my favorite Simpsons clips on YouTube?

Actually, the show wasn’t always internet-phobic. Originally, The Simpsons was a digitally savvy property. The show debuted in 1989, a couple of years before the birth of the Web, and on early dial-up internet, Simpsons audio clips were ubiquitous. Video files took forever to download over a phone line, so five-seconds-or-less audio clips were tremendously popular.

The Simpsons has also been featured in numerous successful video games. According to Wikipedia, there have actually been 27 licensed Simpsons games so far, the last two of which were developed for iOS.

But YouTube and other video-sharing sites have completely disrupted the entire industry, upending revenue models and threatening the very foundation of TV as a business. In the history of the internet, we are in a transitional era: each television network and content producer is free to choose how they will handle copyright infringement on sites like YouTube. The Simpsons is on the more aggressive end of that spectrum. To watch Homer and Marge on YouTube, you have to pay $1.99 per episode, or $37.99 for a season pass. By contrast, many off-the-air shows are offered for free on YouTube’s “Classic TV” channel.

Presumably, the owners of the The Simpsons simply don’t like the unlicensed use of their intellectual property—they believe that free Simpsons on the internet will cost them money, or that it will harm their brand.

Both of those assertions are testable, and both strike me as dubious. I’m not sure The Simpsons would see a drop in its television audience if it permitted clips to be shown on YouTube and shared on Facebook and Twitter. And I’m not sure that sharing those clips out of context would truly harm the overall brand of the show; at least, not more than it has already been harmed by being on television for 24 years.

Free internet advocates tend to cast the argument in moral terms: content wants to be free, should be free, and it’s unreasonable to keep content from people without good reason. I am not making that argument. I do not think that The Simpsons has a moral obligation to make it easier for me to share it online. Instead, I think it would be better for the show’s business and its longevity as cultural content.

I’m going to keep quoting the Simpsons regardless, of course. But it would be nice if other people got the references.­­

Alex Remington, a second-year Masters in Public Policy student at the Harvard Kennedy School, studies journalism strategy and blogs about baseball at Fangraphs.