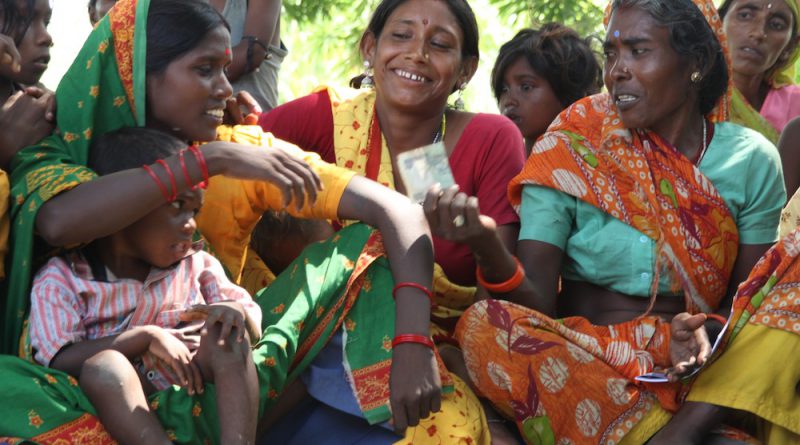 Driving from Rae Bareli to Amethi, two districts in the northern Indian state of Uttar Pradesh (UP), you will be hard pressed to find evidence of India’s strident economic progress. Everywhere you turn, roads are terrible, electricity is sparse and poverty and destitution run deep.

With more than 200 million people, UP is on its own. The state represents the world’s fourth biggest democracy and fifth biggest country behind China, the rest of India, the US and Indonesia. It is bigger than Brazil, Mexico, Russia or Japan.

UP is also, however, the poster child for many of India’s social and economic challenges. It contributes less than one-tenth of India’s GDP, despite accounting for one-fifth of the population. Once-proud textile factories have shuttered, nearly two-thirds of the state is rural, and the average person lives on less than $2 a day. The state alone accounts for 20 percent of India’s poor and an estimated 9 percent of the global poor. The social order in UP is also deeply hierarchical; poverty is superimposed on one of the most deeply-ingrained caste systems in all of India, and gender based exclusions are a pervasive fact of life.

This is why Argava, a tiny hamlet in Amethi district, will surprise you. Littered by mud huts and populated mostly by minorities and “backward” castes, Argava is also home to the flagship poverty alleviation program of the Rajiv Gandhi Charitable Trust (RGCT). While RGCT is one of many non-profit institutions working on poverty reduction and women’s empowerment in India, it has in recent years unleashed a quiet but profound revolution. Its innovative program, the Rajiv Gandhi Mahila Vikas Pariyojna (RGMVP), has had notable success in poverty-stricken towns like Argava.

Forty-something, with a mischievous smile and bursting with pride, Shabnam didi (sister) is recounting a story about bribes. At a local clinic where baby deliveries are meant to be free, the nurse had been asking poor mothers-to-be for bribes. The practice continued until the day a group of women banded together, stormed the clinic, and asked for receipts for the baby deliveries.

“Now all the women in my village know they must not pay these bribes,” says Shabnam didi, “because we are financially literate and we stand together. We help each other as a group.”

The organization of poor women into a microfinance-linked Self Help Group (SHG) is the entry point for the RGMVP’s programs aimed at financial inclusion and livelihood enhancement.

SHGs are village-based financial intermediaries. They consist of up to 20 women each, who are taught basic financial literacy and how to save every week. After 6 months, once the SHG has matured and a significant corpus is accumulated, it receives a revolving fund of Rs. 25,000 ($456) from the bank. This loan amount can be accessed by the SHG members whenever required, and is subsequently repaid. As the SHG demonstrates that its members are pursuing income-generating activities, it is linked to larger and larger loan amounts without collateral, ensuring the poor access to funds for perpetuity.

The idea of SHGs is not a new phenomenon; more than 3 million SHGs currently exist in India. Their growth was spearheaded by a bank nationalization strategy in the 1970s to expand credit flow to neglected sectors—especially poor, rural women. What is unique at the RGMVP, however, is that access to credit is bundled with income enhancement; the women are instructed in everything from basic livelihood creation, sustainable agricultural practices, community driven education, as well as access to public healthcare.

SHG meetings are where advocacy efforts take place, and where members can raise awareness of the importance of issues like primary education for children. The SHG movement has led to the establishment of community learning centers by local groups of women. For livelihood creation such as livestock management, the RGMVP provides training in best practices as well as access to these sources.

Already the RGMVP is prevalent in twenty-one districts of the UP, with 26,000 SHGs that have raised more than 1 million dollars and leveraged nearly 8 times that amount of credit from banks, assisting more than 3,000,000 families across the state. The ultimate goal is to reach all 10 million poor of UP in the next five to seven years, ensuring that every poor household takes up at least two to three income generation activities with a monthly income of at least Rs. 3,000 ($54) to rise above poverty.

Traditionally, SHGs have faced criticism for their inability to scale, largely due to the fact that they have been top-down federally organized groups. RGMVP, however, is doing things differently. They have chosen a grassroots approach where the women largely aggregate themselves; existing SHGs mobilize new groups in adjacent villages, making this very much a “bottom-up” approach.

The benefits are not just economic. SHGs are ripping apart “ecades of social subjugation and repression in UP. In the words of Shabnam didi, who at one time never left her house: “Today I fear no one else, but God.”

Shloka Nath is a former broadcast journalist with the BBC and correspondent for Forbes. She is currently pursuing a Masters degree at Harvard’s Kennedy School of Government.