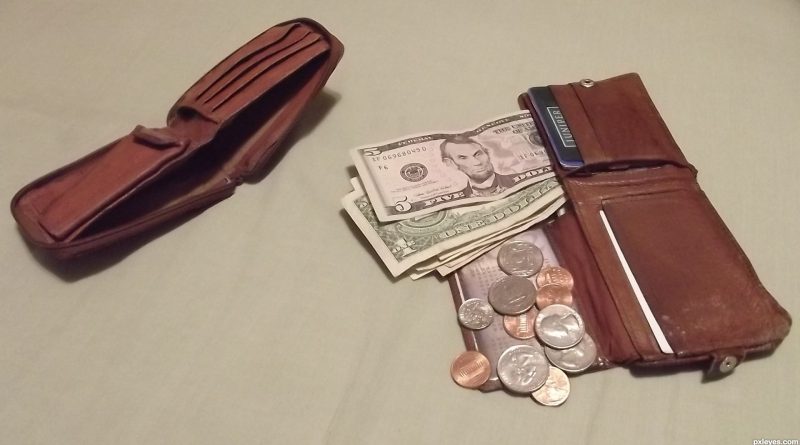 One of the painful lessons of the Great Recession has been that markets do not operate in a vacuum. They are influenced by a variety of external factors, including socioeconomic dynamics, norms of behavior, and institutions. Conversely, the market also has the capacity to shape our politics and society by creating and directing financial resources toward lobbying and campaign donations. The complex interplay between the market and society becomes evident when examining the relationship between economic inequality and the Great Recession. Though many economists dismiss equality as a normative concern outside their discipline, the recession demonstrates that chronic inequality can contribute to macroeconomic inefficiency. As such, today’s deepening levels of inequality should be a concern not only to Occupy Wall Street sympathizers but also to all economists.

Media attention has focused on the United States’ extraordinary inequality in the wake of the Great Recession. Less attention, however, has been devoted to inequality in the lead-up to the crisis. Recently, an increasing number of people have started to explore this connection between inequality and economic stability. From disenfranchised activists to prominent economists, there is growing support for the idea that the deeply unequal economic environment in the United States helped to facilitate the reckless behavior of the financial sector that ultimately led to the financial collapse in 2008.

David Moss, a professor at Harvard Business School, has graphed the association between market deregulation, financial instability, and income inequality in the United States over the past century (2010). As he notes, financial crises and bank failures were commonplace in the United States until 1933, when Congress passed the Glass-Steagall Act establishing strong federal financial regulations. For the next fifty years, financial instability was effectively eradicated. But after anti-regulation philosophy became increasingly pervasive in Washington during the late 1970s and deregulatory policies were adopted in the early 1980s, financial crises began to reemerge.

Income inequality in the United States has followed a broadly parallel trend. It increased in the years prior to the Great Depression before falling rapidly in the years immediately after. For almost forty years, it remained relatively low, then in the early 1980s it began to balloon once again. Remarkably, income inequality peaked both in 1928 and 2007, the years immediately preceding the Great Depression and the Great Recession.

Of course, this extraordinary correlation between income inequality and financial crises does not necessarily spell causation. A causal relationship requires a convincing story of how inequality led to the crisis.

Mortgages: Escape Valves for the 99 Percent

Raghuram Rajan, an economist at the University of Chicago and former chief economist of the International Monetary Fund (IMF), tells this causal story as one of populist government failure caused by the rising income inequality that began in the 1980s (2010). He argues that the stagnant real wages that marked this era created political pressure to increase incomes. Responding to demands for cheap credit from their low-income constituents, politicians eased housing credit restrictions, allowing millions of low- and middle-income workers to buy homes for the first time and pay for increased consumption through the equity in their homes. The end result was the illusion of rising living standards.

As a result of this policy, home ownership rose significantly. This politically appealing solution not only appeased popular angst over flattened incomes but also fit America’s narrative as a property-owning democracy. Moreover, it helped boost the economy by stimulating demand in the construction sector. Policy makers thought that the costs of expanding access could be reasonably delayed for years to come.

A core facet of this strategy was to use financial innovation to facilitate lending to people who had previously been unable to quality for certain kinds of credit. This laid the seeds for the notorious NINJA (no income, no job, no assets) loans, mortgage-backed securities, and collateralized debt obligations so strongly associated with the Great Recession. Thanks to these credit-easing tools, subprime lending proliferated in the years leading up to the crisis. Lending from the quasi-public financial institutions Fannie Mae and Freddie Mac “accounted for 54 percent of the market across the years [2003-2004], with a high of 70 percent in 2007” (Rajan 2010, 38). By the time of the crisis, financial institutions were buying and selling enormous quantities of packaged subprime mortgage liabilities with little information about the value of these assets.

Ultimately, the consequences of this deregulation were devastating. In their influential article, Atif Mian and Amir Sufi (2009) link these lending practices directly to the crisis by showing how the rapid expansion in mortgage credit to subprime ZIP codes was followed by substantial default rates.

However, while stagnant real wages likely increased demand for credit amongst lower-income individuals, it is unlikely that such demand alone was a sufficient catalyst for mortgage deregulation. If lower-income individuals had as much political power as Rajan claims, they would not have sought easier access to credit but instead demanded government interventions that were actually redistributive and genuinely rectified inequality. Part of the answer lies on the supply side of deregulated mortgages.

Deregulation: A Business Plan for the 1 Percent

Daron Acemoglu (2011) and Robert Reich (2010) offer the clear alternative to Rajan’s consumer-driven explanation for unchecked risky lending: pressure from above. As Reich contends, “The real reason . . . had to do with power. . . . With hefty campaign contributions, and platoons of lobbyists and public relations flacks, the rich helped push through changes that enabled them to accumulate more and more wealth [through] deregulating Wall Street” (2010, 58).

For high-income financial firms, lobbying practices intensified throughout the precrisis period. IMF economists Deniz Igan, Prachi Mishra, and Thierry Tressel find a worrying association between risky behavior and access to the political system in their 2011 study of the crisis. They write:

We find that lobbying was associated with more risk-taking during 2000-07 and with worse outcomes in 2008. In particular, lenders lobbying more intensively on issues related to mortgage lending and securitization (i) originated mortgages with higher loan-to-income ratios, (ii) securitized a faster growing proportion of their loans, and (iii) had faster growing originations of mortgages. Moreover, delinquency rates in 2008 were higher in areas where lobbying lenders’ mortgage lending grew faster.” (Igan et al. 2011, 1)

What implications do these claims have for our understanding of the cause of the Great Recession? This is best understood by considering the counterfactual. If Americans’ median real wages had been rising rather than stagnating, would there have been as much demand for cheap credit? Probably not. Second, had the financial sector held less influence over the American political system, would there have been as much deregulation? Again, probably not.

The arguments of Acemoglu and Rajan are not mutually exclusive. Together, they suggest that stagnant wages from below fueled demand for risky credit, while lobbying from above fed the supply. The common source of both dynamics was inequality. Had families in the lower-income brackets seen their real incomes rise during the 2000s, they would not have depended as much on mortgages to finance increasing consumption levels. Had corporate wealth not become so concentrated, financial firms might not have had such a pervasive influence on Capitol Hill. Had economic inequality not climbed to historic highs in 2007, we might have avoided much of the economic fallout of 2008.

Efficiency Versus Equality, or Efficiency via Equality?

The trend toward increasing inequality has not abated. After dipping slightly during the recession, income inequality today has reached its prerecession apex and continues to climb. If the Great Recession teaches us anything, it should be that inequality and efficiency are fundamentally intertwined. We cannot continue the policies of the past. To build a stronger economy, we must at the same time build a more equal one.

James Walsh is a 2013 Master in Public Policy candidate at the John F. Kennedy School of Government at Harvard University, focusing on institutions and economic development. Prior to attending the Harvard Kennedy School, he ran the world’s oldest student debating society.