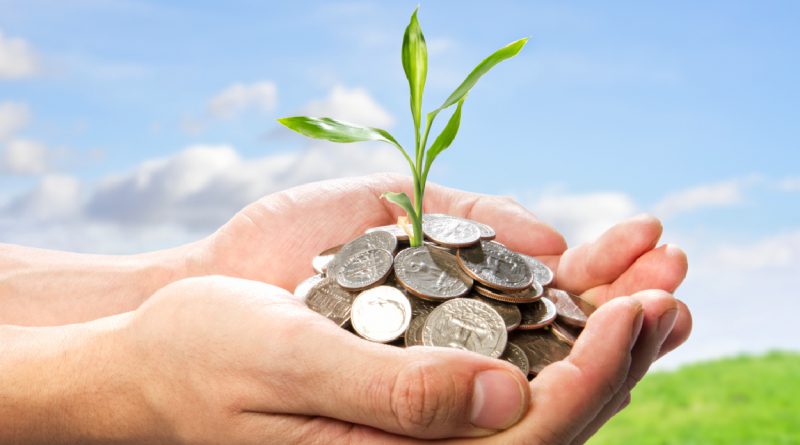 Entering 2012, the world finds itself in a precarious financial position. In January of this year, the World Bank released its new economic outlook, warning of a global, double-dip recession. “An escalation of the crisis would spare no one,” Andrew Burns, manager of global macroeconomics and lead author of the World Bank report stated in a press release, matter-of-factly, before continuing: “Developed- and developing-country growth rates could fall by as much or more than in 2008/09. The importance of contingency planning cannot be stressed enough” (World Bank 2012). The report lists several key risk factors, including the sovereign debt crisis in Europe; the global spread of risk aversion resulting from the European crisis; and stifled economic growth resulting from inflation-motivated tightening of monetary policy in developing countries.

But the World Bank may have forgotten a critical fourth concern: the snail-paced economic recovery of the world’s leading generator of global demand and output—the United States. The United States still faces constrained economic growth and an unemployment rate of 8.5 percent, according to the U.S. Bureau of Labor Statistics. With an already expanded U.S. money supply and all-time low interest rates, monetary policy is no longer an effective tool—even in the short term—to stimulate growth. Meanwhile, record high debt levels and a self-imposed debt ceiling have severely limited the possibility of any fiscal expansion funded by borrowing.

How then can the U.S. government expedite a recovery? I propose a new form of fiscal stimulus, financed by future-flow tax credits rather than government borrowing. Similar tax credit programs have been used on a small scale to promote low-income real estate development and small business investing. I suggest a large-scale, federal stimulus plan that is financed in a similar manner—as a budget-neutral engine of job creation.

Many prominent economists argue that stimulating small and medium-sized business employment is critical to rehabilitating the U.S. economy. During the past two decades, small and medium-sized businesses have been the workhorse of U.S. economic growth, accounting for more than 65 percent of net jobs added (U.S. Small Business Administration n.d.). Recognizing the importance of small businesses, the Obama administration created Startup America in 2011 to provide resources to entrepreneurs and, in January 2012, elevated the Small Business Administration (SBA) administrator to a cabinet-level post.

Such approaches are not without their problems. Josh Lerner, Harvard Business School professor and venture capital expert, highlights a core concern with many state-sponsored funds that invest in small businesses: the funding tends to be managed by politicians who direct capital to politically convenient investment opportunities (Lerner 2009). This results, almost inevitably, in poorly performing funds and an inefficient and corrupt allocation of public capital. For example, a late 2011 Republican presidential primary debate revealed that 47 percent of investments from the state-run Texas Enterprise Fund went to companies affiliated with Texas Governor Rick Perry’s political donors.

One solution, already implemented in several small investment programs, is the creation of public-private partnerships. In such partnerships, the government incentivizes authorized private investment funds, which bring investment expertise, to raise and place capital in underinvested areas. The incentive comes through a tax credit match, paid out to fund managers over time, on the amount of capital raised and placed. (This mechanism explains the “future-flow tax credit” moniker.) By requiring investment within a certain time frame and in certain sectors or geographies, the government can effectively stimulate job creation in periods of illiquidity or risk aversion and in struggling areas or industries. By creating a floor on potential losses for fund investors, the tax credits improve the funds’ risk/reward profile in times of risk aversion. At the same time, fund managers retain a significant equity ownership in the investments, ensuring their incentive to make quality investments.

Compared with deficit-funded fiscal spending, future-flow tax credit programs do not increase public debt levels. In many current state-level initiatives, the government allocates the tax credits to authorized private funds over the course of ten years, yet requires the funds to invest the majority of the targeted capital within just a few years.  This structure offers an expedited positive impact on business investment and job creation but a delayed impact (if any) on deficit levels. If investments are properly targeted to spur growth, increasing tax revenues can offset the delayed tax credits, yielding a neutral or even positive impact on public budgets (see Figure 1).

Another distinct advantage of tax credit–incentivized investment pools over traditional consumer stimulus programs (e.g., tax rebates) is that such investments fuel the capital stock appreciation necessary for longer-term economic growth. The job creation potential of consumer tax rebates fades within months of mailing the rebate checks. Similarly, while employer grant programs (when the government offers businesses a subsidy per job created) produce new jobs, employers often lay off the new workers after the minimum required duration to receive the subsidy. Tax credit–incentivized business investments spur longer-lasting jobs but carry the tradeoff of not having as immediate an effect as either tax rebates or employer subsidies. As such, if short-term growth is needed, future-flow tax credit programs should be used in combination with more direct consumer stimulus mechanisms.

Certified Capital Companies (CAPCOs) are one of several prominent models of future-flow tax credit–subsidized investment funds currently in use in the United States. CAPCOs currently operate in the District of Columbia and seven U.S. states: New York, Texas, Louisiana, Florida, Missouri, Colorado, and Alabama. State governments offer certified CAPCOs a dollar-for-dollar tax credit match on the amount of capital raised and invested in small businesses. Some states target high-tech, venture investing by requiring that a minimum percentage of the capital be invested in high-tech startups. Others, such as New York and Louisiana, target economic development and job creation in rural or impoverished areas. State legislatures have decided to use a specific type of tax credit—insurance tax credits—as insurance companies are regulated and taxed by states, pay significant levels of state tax, and manage more investable capital than all other sectors except banking. To attract capital from risk-averse insurance companies, CAPCOs structure the government-provided tax credits into bonds, which are then insured by financial guarantors to raise the bonds’ credit quality to investment grade (see Figure 2). To date, the CAPCO model has raised and placed more than $3.5 billion in small business investments.

Meanwhile, the federal New Market Tax Credits (NMTC) program has allocated more than $29.4 billion in capital to date, offering 39 cents on the dollar in federal tax credits for capital raised and invested in low-income census tracts throughout the United States. While the overwhelming majority of this financing has been invested in low-income real estate development, a limited amount of funding has also flowed into business investment. A panel of administrative judges chooses how to allocate NMTC tax credits to private funds, based on their past low-income investment experience, investment track record, and fund-raising track record. Unlike the CAPCO model, qualifying funds can only pass the tax credits through to equity investors, not insurance companies or other debt investors.

Taking the Model to Scale: A National Stimulus Plan

To surmount the inertia of current recovery efforts in light of record low interest rates and the federal debt ceiling, I propose a new, multibillion dollar, federal-level, future-flow tax credit program that builds on the success of the CAPCO and NMTC programs. This small business–focused stimulus program should take the following general form:

Herein, I would like to acknowledge the direction and feedback provided by Professor Andrew Metrick (Yale University and Presidential Council of Economic Advisers).

William Werkmeister, a Midcareer student, is a concurrent degree candidate at the John F. Kennedy School of Government at Harvard University and the Yale School of Management. Prior to the Harvard Kennedy School, Werkmeister was an investment banking analyst with Salomon Smith Barney and a partner in two CAPCO venture funds. He currently serves as an advisory partner and board member to Calton Hill Capital Markets, a holding company of socially beneficial businesses.