Home > 2012 Issue > Don’t Give Up: Rekindling our Relationship with Iran 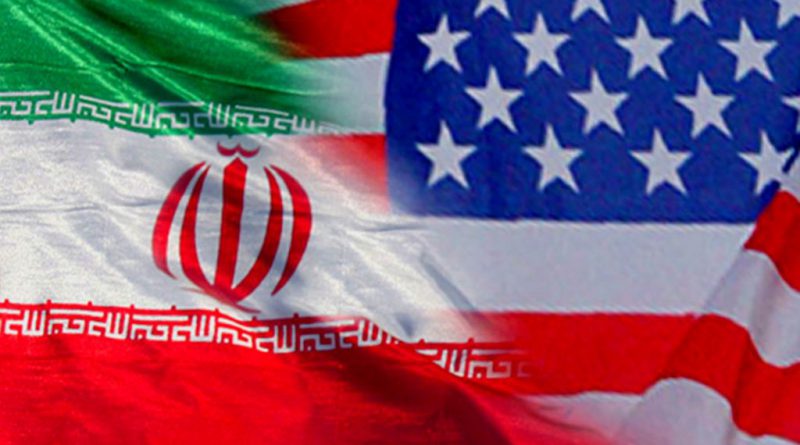 After the 1979 Iranian revolution and subsequent Iran hostage crisis, the United States ended its diplomatic relationship with Iran. In the period since, veiled threats and economic sanctions have become the American government’s primary mode of engagement with the Islamic Republic of Iran. This strategy has further entrenched the Islamic Republic and undermined U.S. objectives in the region; far from aiding political reform efforts within Iran, U.S. and UN Security Council sanctions have consolidated the regime leaders’ economic power and further strengthened the Islamic regime. If the United States is to effectively promote American interests in the region, it must fundamentally alter its foreign policy approach.

Current U.S. policy on Iran is ineffective because it does not utilize all of the instruments available to the American government. Typically, U.S. policy makers rely on three types of sources to inform foreign policy decisions: the military, the intelligence community, and diplomats on the ground. According to one U.S. Department of State official’s account, military and intelligence information accounts for only 10 percent of the decision-making process while data gained through diplomatic channels, coupled with open source information, constitutes the remaining 90 percent. By removing its diplomatic presence from Iran, the United States has severely undercut its ability to gather information about Iran and made it more difficult to resolve a variety of crucial issues, such as Iran’s support of Hezbollah and Hamas.

In his 2007 book, Statecraft and How to Restore America’s Standing in the World, Dennis Ross, a former State Department and National Security Council official who was a special assistant to President Barack Obama for the Middle East, Afghanistan, and South Asia from 2009 to 2011, describes the importance of statecraft in the context of U.S. foreign policy. He writes that effective statecraft requires “our understanding, effective assessments, the ability to match our objectives and our means, the know-how to wield influence well and to get others to do what we want, and the skillful application of all the policy instruments at our disposal.” Yet the United States has not fulfilled the requirements of statecraft in its relations with Iran. In his 20 January 2009 inaugural address, for instance, President Obama made the seemingly conciliatory overture of offering to extend a hand to Iran but only after chastising the country: “To those who cling to power through corruption and deceit and the silencing of dissent, know that you are on the wrong side of history, but that we will extend a hand if you are willing to unclench your fist.” Even though this statement did constitute a real shift in the American approach, this opening was largely missed by the Iranians who saw it more as a backhanded insult wrapped in thin rapprochement clothing due to the condemnatory tone. To achieve real results with Iran, the United States must show much greater sophistication in its approach.

The center of U.S. foreign policy strategy toward Iran has long been a policy of economic sanctions. But these sanctions have not helped the United States achieve its goals. Although sanctions may have successfully served as a warning to other would-be proliferators, they have not persuaded the Iranian regime itself to change its behavior. Take, for instance, the most crucial fear of the United States with regard to Iran: the acquisition of a nuclear weapon. According to the International Atomic Energy Agency, the Iranians have been pursuing a nuclear energy program since the early 1970s, and the United States has imposed economic sanctions on the country since the 1980s. But thirty years of sanctions have not stopped the Iranians’ pursuit of a nuclear program.

Threatening military action is similarly counterproductive. The current Iranian regime responds to coercive measures with reciprocal boasts and takes advantage of every opportunity to demonize the United States. If the United States were to actually follow through with a military option, the result would be even worse. Many experts predict that a strike would further unify the Iranian people against the United States, extend the life of the Islamic regime, and cause Iran to withdraw from the International Atomic Energy Agency.

Ironically, both sanctions and military action strengthen the Islamic regime. Every time the United States threatens Iran or imposes economic restrictions, the Iranian leadership is given more fodder to use in its effort to convince the Iranian people that Iran needs the current leadership and regime to avoid being dominated by the West. Since economic sanctions primarily hurt Iranian civilians, it is not a far stretch to blame the country’s economic difficulties on the United States. The Islamic Republic of Iran was built on a foundation of anti-Western rhetoric; American policies over the last thirty-three years have bolstered the regime’s claims and foothold on power in Iran.

How can American policy makers formulate a successful Iran policy strategy that mitigates these concerns? Here are four ideas. First, ascertain better information about the Iranian government, economy, and population; second, renew diplomacy efforts in order to foster collaboration efforts in areas where the two nations can work together; third, make the president the primary spokesperson on Iran and disavow all alternative messages from both within and outside the government; and fourth, utilize creative strategies to shift the debate. One idea would be to run a public relations campaign with survivors of the Iranian hostage crisis.

It is difficult to develop a clear strategy given how unfamiliar Americans are with today’s Iran. To repurpose Winston Churchill’s 1939 words, Iran remains “a riddle wrapped in a mystery inside an enigma” to most American government officials who work on Iran. These policy makers are as unfamiliar with Iranian communication styles and culture as they are with Iranian history and economic interests. Most top policy makers cannot even identify, with a significant degree of certainty, the key leaders and influential individuals in the Iranian political system. By not engaging diplomatically with Iran in a consistent and serious manner, the United States ultimately confounds its ability to achieve what it claims to be its most important goal: the prevention of a nuclear-armed Islamic Republic of Iran.

The process of redressing the informational deficit can be undertaken alongside renewed efforts to deploy America’s diplomatic tools. Many experts have recommended that the United States should work with Iran on counter-narcotics campaigns and regional security measures in Iraq and Afghanistan, among other projects. At a basic level, Washington should at least renew the direct line of communication with Tehran. The United States maintained communication with the Soviet Union during the Cold War, and some cite the existence of the “hotline” between Washington, DC, and Moscow as a key reason the Cuban Missile Crisis did not, in fact, end in catastrophe. We cannot afford to forsake or snub the tools of statecraft at this critical juncture in the U.S.-Iranian relationship.

The president should become the primary U.S. spokesperson on Iranian issues, and anything said by anyone that is contrary to the president’s statements should immediately be disavowed by the U.S. government. This reform would remove a great deal of the ambiguity that exists between the two nations and help both sides better understand the signals and messages that are sent and received between the two countries on a near-daily basis. In a similar vein, the Department of State and Executive Branch should find ways to moderate the tone and rhetoric utilized by members of Congress and the media on Iran.

Use Creative Strategies to Shift the Debate

U.S. tensions with Iran began so long ago that many have lost sight of what sparked the current tension: the 1979-1981 U.S.-Iranian hostage crisis. Much of the American perception of Iran today was shaped in 1979 by the hostage ordeal. Yet it is striking to find that a significant number of the former hostages, such as John Limbert, Barry Rosen, and L. Bruce Laingen, are in favor of real engagement. Tapping into this group’s stories and perspectives might represent a powerful, political, and public relations resource for changing the discourse about Iran. A focused and unified media and public relations campaign could be conducted that highlights the perspective of former hostages who, in spite of being held captive for 444 days by members of the current Iranian regime, still believe in discourse and diplomacy with Iran.

There are of course difficulties with all of these strategies. There is currently no domestic appetite—in the United States or in Iran—for serious engagement and rapprochement. Such action would take a great—and synchronized—show of political courage on the part of these nations’ leaders that we simply cannot expect at this time, especially considering that 2012 is an American presidential election year and 2013 is an Iranian presidential election year. Whatever plan of action is decided upon, it must be implemented without delay. A foundation must be set, confidence must be built, and trust must be established so that when an opportunity to sincerely engage and improve relations arrives, the United States and Iran are prepared.

The difficulties of reform are far less than the difficulties that will result from maintaining the current status. Without dialogue and diplomatic ties with Iran, the United States is crippling its own power and ability to formulate effective policy. The United States must expect that establishing this relationship will take time. The breakup was more than three decades ago, and a lot has happened since then. Change does not come quickly or easily, but the process of change must be initiated. There is no short-term domestic appetite for real engagement, but there is room for foundation building. There will be wrinkles and setbacks, but as Algerian mediators of the U.S.-Iranian hostage crisis advised the Carter administration in 1980: “Don’t give up.”

Sherry Hakimi is a 2012 Master in Public Policy candidate at the John F. Kennedy School of Government at Harvard University. At the Kennedy School, her academic focus is on diplomacy and negotiation, with particular emphasis on Iran policy. Prior to graduate school, she worked in marketing in the corporate and nonprofit sectors.