Home > 2012 Issue > Beginning the End of Slums: How Micro-Mortgages Serve the Poor 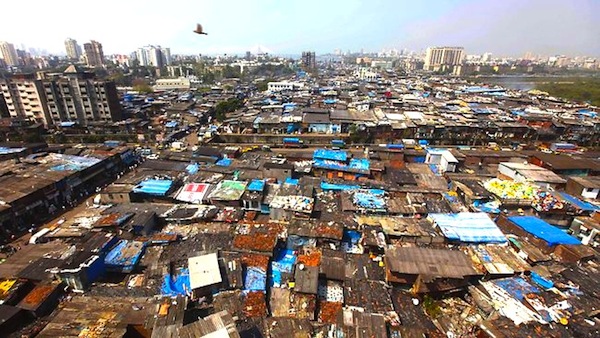 It’s a hot Saturday morning in Ahmedabad, India—the last before the monsoons start—and Leeladhar Bhatt Hall is packed with visitors. Hundreds of people have gathered here to attend a two-day customer evaluation session by the Micro Housing Finance Company (MHFC). MHFC has partnered with a builder that is constructing apartments on the outskirts of the city that will sell for as little as US $7,000, and MHFC hopes to provide mortgages to these prospective first-time homebuyers.

Narendrabhai, MHFC’s first customer of the day, is a rickshaw driver. He earns between $150 and $200 a month—just $5 to $6 a day—but he has no proof of this income. He has no income tax returns and certainly does not issue himself salary slips. In fact, he does not keep any accounts of his income or expenditure, and while he does have a bank account, he barely uses it. He has about $1,000 of savings and is applying for a loan of $5,000 but has no proof of his current address.

Most housing finance companies would have sent him back out to the street before you could say “bad asset,” but MHFC is not one of those companies. MHFC has recognized the critical housing finance need among the urban poor and is attempting to serve it. Although the task is difficult, it is an important one; it holds the potential to change the structure of the mortgage finance industry while also transforming hundreds of millions of lives.

Mortgages for the Urban Poor

At first glance, Narendrabhai may seem like an unusual candidate for a loan. He is similar to hundreds of millions of urban slum dwellers across the world who live above the abject poverty line in that they earn enough to eat and pay for shelter but are still poor and have no feasible way to leave the slum. But he is also a lot like the vast majority of middle-class homeowners who require outside financing to buy their first homes. Narendrabhai has a regular income that will more than cover the cost of his monthly mortgage, and he is ready to make a down payment worth 20 percent of the cost of the total loan. The only identifiable difference between him and his middle-class counterparts is the amount of money on the line. Yet time and time again, banks say yes to middle-income customers and no to people like Narendrabhai.

Peruvian economist Hernando de Soto has argued that securing property rights is a critical and foundational step for poor communities to fight their way out of poverty and get into the mainstream financial and legal systems of their respective nations. Without a legitimate address, it is nearly impossible to have a legal identity or gain access to the vital economic markets that are prerequisites for services like personal credit. It is ironic that those individuals who most need housing finance—the urban poor—are the very citizens who are excluded from mortgage markets, while those who need it least—the rich and upper-middle classes—often secure the lowest interest rates from lenders.

Historically, housing finance companies have been geared toward people with higher incomes. This is in part explained by transaction costs: it is more expensive to issue lots of small loans than a few larger ones. But since processing fees tend to cover these costs, this cannot explain the entire reason behind the high-income skew. A more important reason for why lower-income customers have remained underserved is that a significant proportion of people in this group do not have documentation of their financial income or assets. This documentation is a prerequisite for every conventional mortgage company’s loan application process. As the chief managing director of a large Indian bank told me in a research interview, “my staff can only interact with paper, not people.”

A New Way of Making Loans

How does MHFC overcome these barriers?

Ashish Kothari, a loan officer at the company, begins his assessment of Narendrabhai’s application by “storyboarding” his life. Kothari asks him questions about his family, living situation, income, previous loans, and assets, while taking copious notes. While the output of this process is always the same—focused on understanding the customer’s ability to meet his or her monthly mortgage commitment—the process itself must be tailored to each applicant. But Kothari has interviewed rickshaw drivers like Narendrabhai before and asks all the right questions: How much are your fares on average? Do you work at night? Do you own your rickshaw or do you rent it?

Even more important than gathering this customer information is verifying that the information is true. Unlike most mortgage loan officers, who rarely leave their branches, Kothari will spend a full day on the street corroborating the data Narendrabhai has provided MHFC. He will visit Narendrabhai’s house, speak to his family, and check the condition of his rickshaw. He will go to the road junction where Narendrabhai usually keeps his rickshaw parked and talk to his fellow drivers, investigating whether their average income is in the same ballpark. He will call up the three references that Narendrabhai has given him, including the auto-rickshaw garage where he has his vehicle repaired (to check whether Narendrabhai pays on time). Kothari has similar but distinct procedures to assess the loan applications of customers involved in trade (e.g., grocery stores), the service industry (e.g., tailors), and informal-sector jobs (e.g., domestic servants). MHFC employs many loan officers like Kothari who work in several different cities across India.

The risk associated with Narendrabhai has not decreased as a result of the storyboarding and verification process; it has simply been better understood. Although low-income individuals who work in the informal sector are usually considered “high risk” by conventional mortgage companies, it would be more accurate to consider them as “unknown risk.” The process of documenting and quantifying facts about a low-income customer—as MHFC regularly does—helps fill in this information deficit and make it possible for financial companies and others to more accurately evaluate the risk of low-income individuals.

Documenting the incomes and financial status of this group takes time, of course. And it is true that low-income customers may be associated with greater risks in some areas. But usually any extra risk can be accounted for through appropriate pricing. Companies like MHFC often charge rates that are 2 percent to 4 percent higher than conventional mortgage companies that serve primarily higher-income and formal-sector customers.

There are certainly some challenges associated with this model. The possibility of default is a long-term risk that is difficult to predict, and there will be little data to aid this assessment until ten or twelve years from now, when the first cohort of micro-mortgage recipients have completed their loan repayments. Another risk is that slum dwellers, unlike most members of the middle class, rarely have financial buffers. In the event of family illness or business problems, the urban poor are likely to be put under significantly greater stress than their middle-class counterparts. Additionally, much of the low-income population earns and saves its income in cash; consequently, converting these customers to the formal banking system and setting up electronic repayments are additional responsibilities for the mortgage company. Nevertheless, several innovative micro-mortgage companies in India have taken on these risks and have now signed on tens of thousands of customers in cities like Mumbai and Ahmedabad for their first housing loans.

Despite the viability of the micro-mortgage model, relatively few established mainstream mortgage companies with operations in emerging markets have adopted it. This is largely due to the fact that in most sizable developing world cities, large financial institutions prefer to serve the large (and often growing) middle-class market rather than populations at the bottom of the economic pyramid.

How Governments Can Help

The role of policy makers in markets with high rates of urbanization (e.g., India, Brazil, Indonesia, the Philippines, Kenya, South Africa, and the like) should be to encourage the further development of specialized low-income housing mortgage companies while also enticing large financial institutions into the bottom end of the mortgage market through economic incentives. Of course, the unique political, social, and economic contexts of these countries may mean that the best way to foster the development of low-income housing will differ by region. But as a general rule, governments can help make micro-mortgage transactions less risky and more profitable for private companies. A variety of policies can help achieve this goal, including interest rate subsidies for customers, mortgage guarantee funds for lenders, and low-cost wholesale funds for loans that specifically target the poor.

Interest rate subsidies for low-income customers make loans cheaper to the end user and thus expand the proportion of the market that can afford them. Moreover, by attaching the subsidy directly to the mortgage, it can be assured that if the home is sold, the benefit of the subsidy is lost. This keeps the benefit from being lost through arbitration, which could otherwise happen if eligible homebuyers purchase and then sell their home to make a quick buck.

Establishing financial instruments like mortgage guarantee funds that pool the risk of engaging low-income borrowers is another positive intervention governments can make. Such policies may encourage mortgage companies that are worried about high default rates to experiment with lending to the poor. As lenders gain more data about this segment, their ability to gauge real risk will increase, eventually rendering mortgage guarantees unnecessary. If they go down this path, governments would need to structure the guarantee conditionally and share losses in a way that prevents risky or subprime lending.

Lastly, central banks in emerging economies should provide low and submarket cost loans to mortgage companies to use as capital for loans to low-income households. India’s National Housing Bank has done this to good effect, and many mortgage companies rely on this source of funds in order to keep loan prices at an affordable level without having to sacrifice profits.

All of these measures will encourage mainstream mortgage companies—or start-ups like MHFC—to enter the low-income market. This, in turn, will result in a large base of customers and a greater understanding of the risks and transaction costs associated with slum-dwelling borrowers. More information and more competition will lead to lower prices for customers, gradually making these loans more affordable.

As urbanization in emerging markets increases at near exponential rates, it will be critical for governments to support the private sector in housing the tens of thousands of low-income migrants who arrive in cities on a daily basis. Without housing finance, owning property is unaffordable, and without property, the poor remain marginalized and vulnerable. At a macro level, instigating and fueling local micro-mortgage markets should be a priority for policy makers who want to prevent the growth of slums while also promoting the growth of cities. For the low-income individual, the opportunity to move out of a slum and own a home represents a rare opportunity to create wealth. Equally important, such a transition will also mean the end of shared toilets, illegal rentals, and constant anxiety about government intervention. Micro-mortgages from companies like MHFC do not lead to the eradication of slums, but they do provide a viable and permanent alternative.

Nishant Lalwani is an MBA candidate at Harvard Business School, where he is a Fulbright Scholar. He spent eight years working as a consultant in the field of social enterprise in the UK, Africa, and India. Lalwani also sits on the board of directors of Shivia, an Indian microfinance institution.