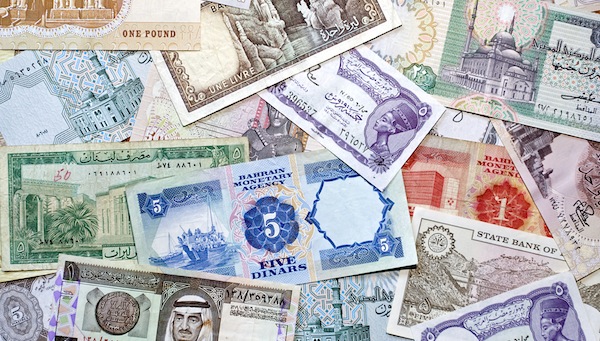 Walking down the street with a friend one day, you spot a $20 bill lying on the sidewalk. You stoop down gleefully to pick it up when your friend, who happens to be an economist, grabs you by the shoulder.

“If it were really there, someone would have picked it up already,” he answers, before strolling on.

It’s an old joke, one that traders and investors particularly like. The problem with economists, those folks often complain, is that they have their heads so far in the clouds that they fail to see the reality of everyday life. And they have a point.

There was certainly more than a little head-in-the-clouds behavior in the run-up to the recent global financial crisis, causing the reputation of economics to suffer a collapse as dramatic and painful as the financial system.

In particular, economists are derided for providing intellectual fuel for the credit bubble. In the United States they are under attack by the Tea Party, some of whom would like to dismantle the Federal Reserve. In the European Union they are witnessing the slow-motion implosion of the euro—the biggest economic experiment in postwar history. It is all a far cry from even five years ago, when former Federal Reserve Chairman Alan Greenspan was still regarded as a hero, when we seemed to be on course for ever-increasing prosperity, and when economists were the invisible men who ruled the world.

There are plenty of people to blame for the financial crisis and the euro’s existential crisis. Bankers, politicians, homeowners, and Chinese savers are all, in their own little way, responsible for what went wrong. But no one has an overarching responsibility in quite the same way as the economics profession. This crisis—a defining socioeconomic collapse that has impoverished millions and sharply sped up the geopolitical transfer of power from West to East—was a failure of the international monetary system and the regulation of the financial system. And both of these areas were in large part run, or at least influenced, by economists. It is hardly a surprise, as such, that in his book Griftopia journalist Matt Taibbi dubs Greenspan (whose job straddled the two) “that once-in-a-billion asshole who made America the dissembling mess that it is today.” Britain’s economics profession, for its part, owned up in a letter to the Queen a couple of years ago, copping to a “failure of the collective imagination of many bright people.” (They appropriately left out the adjective “humble.”)

But tempting as it is to consider the crisis as a genuine collapse in economic orthodoxy—as a moment when the conceit that markets were always efficient and consumers always rational was proven wrong—that analysis is far too simple. I prefer a two-part explanation.

The first premise is that the field of practical economics became unhealthily dominated by some rather niche economic ideas, such as the efficient markets hypothesis (EMH). EMH, if you haven’t come across it before, is effectively the parable of that $20 bill: markets (particularly financial markets) are hyperefficient, so the price of goods and instruments reflects supply and demand. In other words, that $20 bill must be an apparition, because if it isn’t, someone else in this efficient marketplace would have picked it up. To be fair, EMH is more complex than that, but this core idea is the one that practitioners fixated on, serving as a neat rejoinder to anyone who tried to ask awkward questions such as, “Aren’t house prices too expensive?” or “Why is everyone borrowing so much?” All you had to do was say that the price must be right because that’s what people were paying and fob them off with an EMH equation and an out-of-context quote from 1700s Wealth of Nations author and economist Adam Smith.

And this brings us to the second premise: practitioners—whether in financial markets, central banks and ministries, or university faculties—lapsed into oversimplification. Like millions of subprime borrowers taking out mortgages that would surely bankrupt them, everyone ignored the small print. That small print, to paraphrase Adam Smith, is that usually the price is right—but sometimes it isn’t. Or as economist Avinash Dixit put it in a 2010 International Monetary Fund profile, “People actually swallowed some of the simplistic views about the wonder of markets too much without recognizing the hundreds of qualifications that Adam Smith and a number of others have told us about, and we should all have known about.”

It’s rather like the difference between the television series The Wire and, well, most other TV. In The Wire, the world is deeply complex: no one is entirely right or wrong. Most people mean for the best but feed their actions into a chaotic, unpredictable web of decisions and interactions, and the net result is often the polar opposite of what they intended. Most other television drama is far simpler: some people want good, others bad, and the denouement is all too predictable. It is ironic that at precisely the same juncture that many American TV viewers were choosing The Wire, their economic guardians were choosing the simplified version of analysis over the reality.

Unfortunately, life is like that—not because we are lazy, but because we are human. As any epistemologist will tell you, understanding stuff involves simplifying it and digesting it piece by piece. For instance, this article necessarily simplifies the explanation for the crisis. When it talks about “economics,” it conflates a multitude of sins and virtues and lumps the clear-sighted with the dull-headed. Journalism and popular books on economics and science are nowhere near the complexity of the peer-reviewed research papers.

This is fair enough when it comes to physics or chemistry, where there are definitive answers. Anyway, few households are likely to spend their time splitting atoms or constructing new compounds. Economics, on the other hand, has barely any definitive answers, but it underpins the everyday actions of millions of financial practitioners and billions of households.

The biggest sin committed by economists in the past century was not missing the financial crisis nor indeed the collapse of the “euro zone”; it was endorsing the view that economics was a predictive science.

For physics, the moment in 1678 when Robert Hooke devised the first scientific equation was a genuine watershed, converting science from a descriptive into a deductive and prescriptive discipline. By contrast, the moment economics turned from being a descriptive discipline (measuring the way people interact) into a prescriptive “science” (the “Eureka” moment is less clear-cut, happening somewhere between David Ricardo and Paul Samuelson) was the beginning of the road to ruin.

There was a fascinating paper in the Winter 2008 Journal of Economic Perspectives by Robert W. Hahn and Paul C. Tetlock that found that when governments attempted to use economic analysis to work out how better to regulate their economies, they failed again and again. Now, you might be tempted to dismiss this as crying over spilled milk: public policies are likely to get a subpar outcome regardless of whether they are based on economics. The problem, however, is that people are historically far more likely to trust a decision based on “economic” analysis than one taken on a whim; they invest more money in it and tie more peoples’ fates to it.

Were they to realize that economics is not really a prescriptive science, they might think twice. Yet this reality still eludes us. Economics still holds a firm grasp on policy making, whether to determine financial regulation or to set monetary policy. There is no point in pretending that it could be otherwise. The notion that economics is a science makes it electorally acceptable to delegate decision making to officials at the Federal Reserve or U.S. Securities and Exchange Commission without becoming panicked that we have descended into an unelected dictatorship. Plus, it is only human to crave certainty: imagining that humankind trundles along on a more or less predictable path helps us get on with daily life without spending most of the day in palpitations.

But more needs to be done to underline the risk of trusting economic models and predictions. Why not make it law to plaster grim warnings on the front of most economic policy documents? Just as cigarette packets are emblazoned these days with explicit warnings (and sometimes photos) of the health consequences of smoking, one should do the same with economic reports, GDP figures, and interest decisions.

I can see it now: at the top of each economic newspaper report, each federal budget, or each set of forecasts, a message in bright red reads: “Economics seriously harms you and others around you.” Or: “Believing economists can be hazardous to your wealth.” Or: “These forecasts will not come true”—a warning that has the virtue of both brevity and absolute accuracy. None of this will prevent a future crisis, but it is at least a start.

This article was originally published in the 2011 edition of the Kennedy School Review.

Edmund Conway is a 2011 Mid-Career Master in Public Administration candidate at the John F. Kennedy School of Government at Harvard University. He was formerly Economics Editor of the Daily Telegraph and is author of 50 Economics Ideas You Really Need to Know.