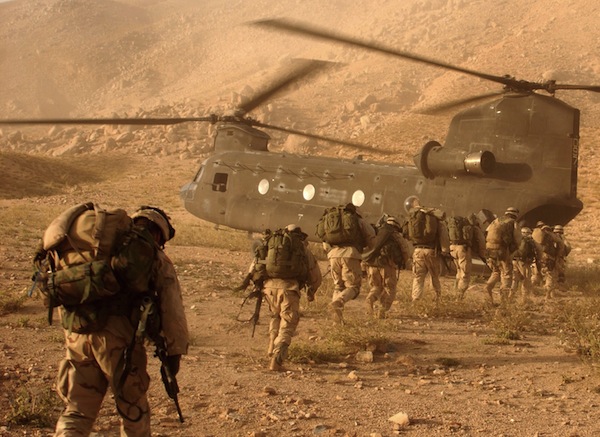 “Tell me this,” Mohammad says. “Why, when NATO has the best technology in the world, does it allow its bombs to kill innocent Afghan civilians?” I do not get the chance to answer. He continues, “Why does NATO go into people’s houses at night? Why does it kill people when they are cultivating their land or attending a wedding?” Mohammad is charismatic, articulate, persuasive, and Taliban.

But as a low-level member, he is a prime candidate for release from the notorious Pul-e-Charkhi prison, where I spoke with him, if the Taliban, Afghan government, and international community can come to some form of peace agreement. The problem is that incarceration has potentially made him more, not less, committed to his cause. The Afghan government and the international community are already talking about “rehabilitating extremists,” but if they truly want a sustainable and inclusive peace, they must rehabilitate the justice system itself.

Across Asia, Pul-e-Charkhi prison is second in size but first in infamy. Until recently, its reputation for torture, summary execution, and inhumane living conditions seeped through its reinforced walls. Frequently, gangs of prisoners would take over whole sections of the prison, lying in wait to slash guards with razor blades.

Today, international attention and investment have substantially improved the situation, but concerns persist that prisons across Afghanistan are incubators for violent extremists. U.S. General Stanley McChrystal, then Commander of the International Security Assistance Force in Afghanistan, warned in an August 2009 assessment to Secretary of Defense Robert M. Gates, “There are more insurgents per square foot in corrections facilities than anywhere else in Afghanistan. Unchecked, Taliban/al-Qaida leaders patiently coordinate and plan, unconcerned with interference from prison personnel or the military” (McChrystal 2009). Afghanistan’s intelligence service, the National Directorate of Security, recently admitted that Talib Jan, the jailed Taliban commander, was able to run a cell of suicide bombers active in Kabul from Pul-e-Charkhi for three years. Most recently, Jan claimed to have organized the January 28, 2011, suicide bombing of a Kabul supermarket popular with foreigners that killed fourteen people (Nordland and Sahak 2011). Yet, to date, attempts to tackle fundamentalism in Pul-e-Charkhi and elsewhere have remained limited and ad hoc—an “enlightened” mullah here, an exercise program there. While visiting the prison over the summer of 2010 as part of my work with the United Nations, the captain of the volleyball team at the prison explained to me that murders, thieves, suicide bombers, and Taliban fighters continue to mix with each other, providing ample opportunity for radicalization.

But there is a bigger problem. While international and Afghan politicians laud a democratic Afghanistan and praise the virtues of rejecting the Taliban, many prison detainees experience only abandonment and corruption. I met many prisoners who had waited more than a year to have their day in court, while some of the international prisoners told me that their living conditions in the maximum security wing were dependent on how much bribe money they paid the prison guards.

Concerns regarding the radicalizing power of prisons—and their ability to undermine a peace deal by creating more Taliban supporters—are not new. In 2009, Hekmat Karzai, director of the Centre for Conflict and Peace Studies in Kabul and cousin of Afghan President Hamid Karzai, argued, “If we are going to move towards a reconciliation strategy with the Taliban we are going to have to deal with the prison issue” (Boone 2009). However, little attention is paid to the increasing role played by the ineffective justice system in the radicalization process. As Mohammad told me, “Prison is a good opportunity for education but I have not seen any justice. Justice only exists in name.”

I remember someone else I met at Pul-e-Charkhi. He did not want to give me his name since he was a former government official. He told me he had been apprehended by the British army and accused of corruption. It had taken a year for the justice system to process his case and realize that the local drug trafficking ring had framed him in order to get him removed from his post. He was about to be released. At the time, I was suddenly very conscious of my British accent. He smiled, “I have no problem with the British people.” I asked if his attitude toward the Afghan government had changed. He would not reply.

Yet experience in Iraq and other post-conflict countries shows that an effective justice system can substantially contribute to the reconstruction of society. A recent report from King’s College London states, “Much of the current discourse about prisons and radicalization is negative. But prisons are not just a threat—they can play a positive role in tackling problems of radicalization and terrorism in society as a whole” (Neumann 2010). The report argues for better staff training, specialized resources like translators, and more ambition in promoting positive influences inside prison. In Afghanistan, such measures should be supplemented by skills-based training to address the economic and financial needs that often drive individuals into the arms of the Taliban. Most importantly, however, significant steps must be taken to improve the delivery of justice and ensure greater use of alternatives to imprisonment and conditional release to reduce pretrial detention. These options exist on the statute books but are rarely utilized by Afghan judges. Without such improvements, Pul-e-Charkhi and other prisons in Afghanistan will remain a hindrance to, rather than a facilitator of, peace.

Boone, Jon. 2009. US to tackle breeding ground for insurgents in Afghan jails. The Guardian, October 14 (www.guardian.co.uk/world/2009/oct/14/afghanistan-prisoners-radicalise-insurgents).

This brief was originally published in the 2011 edition of the Kennedy School Review.

Natalie Black is a British Fulbright Scholar and a 2011 Master in Public Policy candidate at the John F. Kennedy School of Government at Harvard University, where she is also a Fellow with the Program in Criminal Justice Policy and Management. She spent last summer with the United Nations Office on Drugs and Crime in Afghanistan.