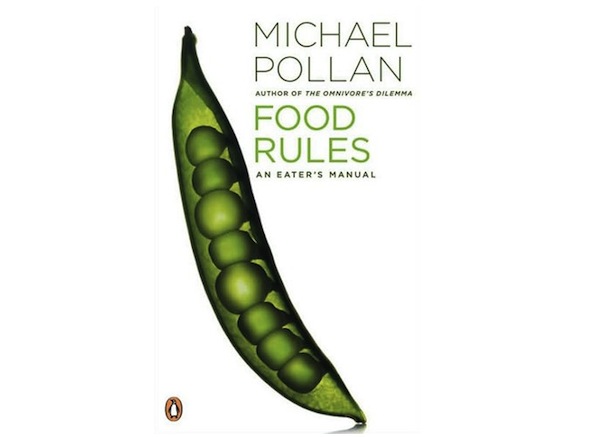 Reinhold Niebuhr, Obama’s favorite theologian-philosopher, wrote that decent health care is the monopoly of the very privileged or the very poor. It is a testimony of previous administrations’ remarkable underachievement that Niebuhr wrote this in 1935 and two generations came and went without any progress until now.

The U.S. health care system remains broken. Despite the fact that more people will be covered now, many still remain without health insurance. The National Academy of Sciences reports that the United States is the “only wealthy, industrialized nation that does not ensure that all citizens have coverage.”

Those with health care coverage have little reason to be exuberant. The United States ranks last in the quality of health care among the nineteen countries analyzed in a 2008 report by the Commonwealth Fund. According to the report, the premium for an average family insurance policy costs $12,680, making it the most significant consumer outlay after housing. Costs continue to outpace wage growth, so consumers have less to spend on other necessities. Premiums have increased 78 percent since 2001, according to the report, while wages and our ability to pay for health care have hardly risen, only 2 percent after inflation.

And there appears to be little that markets can do to solve this problem. Market economies are based on the freedom of choice and function well across a wide range of products and services. But markets, so effective across so many sectors, have failed miserably when it comes to health care. This is because suppliers of health care have considerable incentives for people to become and stay sick. The more people who get sick and stay sick, the greater are the profits. There is no incentive for prevention, let alone cure, but lots of reward for excessive treatment. In addition, consumers are often in a state of duress when they need health care and lack the knowledge and risk tolerance to discern across the range of options. These two factors coalesce to create a sort of “moral blindness” within our health care system, and it is unrealistic to expect any relief unless the model is set right.

The health care bill that just passed was two-thousand pages, longer than Leo Tolstoy’s epic War and Peace. During a forum at the John F. Kennedy School of Government at Harvard University in November 2009, a brash undergrad asked Nancy Pelosi, the speaker of the U.S. House of Representatives, whether she really had read the entire bill. Her response that she read it all was unconvincing.

I propose a simple and cost-effective remedy to this country’s health care troubles. Scrap the voluminous and cumbersome two thousand- page law and replace it with a straightforward 139-page book called Food Rules by Michael Pollan. Pollan is the Knight Professor of Journalism at the Graduate School of Journalism at the University of California, Berkeley and author of highly praised books like The Omnivore’s Dilemma and In Defense of Food.

For $11 and one hour’s worth of time, you can breeze through the paperback edition of Food Rules and get a good summary of the “dos and don’ts” of eating and, ultimately, health. This compares to a lofty $860 million that will be spent over the next ten years for the new law.

Pollan argues that some 80 percent of our health care costs can be traced to poor eating and lifestyle habits and, therefore, can be prevented. It is our bad habits that lead to chronic diseases like diabetes, stroke, heart failure, and cancer. These four ailments, which are four of the top ten killers of Americans, are proven to be linked to diet, according to Food Rules.

Pollan draws his insights from Homo sapiens who first roamed the savannahs of Africa 200,000 years ago. This was the formative period for the development of our organs, immunity system, hormones, and organs. Ironically, the surest way to good health, according to Pollan, is to mimic dietary conditions of this time. Get lots of exercise and fresh air, eat raw nuts, plants and fruits, and hunt the odd wild fish or fowl.

The problem is that our eating habits, Pollan argues, are at radical variance with our natural engineering tweaked over countless generations.

Today, 60 percent of Americans are overweight, and 20 percent are obese, Pollan claims. The average man is 17 pounds heavier and the average women 19 pounds heavier than in 1970. And the trend is getting worse with projections that obesity will reach epidemic proportion by 2025. Obesity is among the most accurate leading indicators for a whole host of chronic diseases such as diabetes, kidney failure, heart attacks and cancer.

Evolution has, in some ways, betrayed us. Our appetites are remarkably elastic so we can store energy necessary to survive long periods of hunger. A genetic disposition towards obesity is, so far as survival is concerned, a heroic trait. But we live in a world of caloric abundance, rather than scarcity. So what can be done?

Pollan feels that avoiding “eye candy” is one of the key elements to maintaining good health. When presented with large portions of food, humans (and animals) will eat up to 30 percent more than they would otherwise. Smaller portions disguised on smaller plates are Pollan’s remedy.

And avoid falling for the “supersizing” sales techniques, like the recent promotion from Taco Bell to try its new “full-sized” burrito – advertised as “the size of your head.”

Evolution has also tilted our taste buds in favor of sugar and fats because they offer the densest form of energy and, therefore, taste much better. A normal portion of French fries has more than twice the number of calories as a baked potato. This may be fine for those wandering the savannahs in search for food, but it doesn’t bode well for those of us leading more sedentary lives.

Collectively, the US spends $2 trillion for health care, accounting for 16 percent of our nation’s GDP. This is the highest share among the OECD countries and almost double the OECD average. If President Obama thinks health care costs are too high now, just wait until we need to pay for the millions of people who will increasingly be afflicted with diet related ailments.

Michael Pollan feels that we can take matters in our own hands rather than entrusting our congressmen to take care of it for us and that the solution is far more simpler and significantly less expensive than what we’ve got now.

He may have a point.

This book review was originally published in the 2011 edition of the Kennedy School Review.

Jeb Breiding wrote for the Economist and has written articles for other important publications including the Financial Times and the Neue Zurcher Zeitung, a leading Swiss newspaper. He is currently writing a book on the economic and political history of Switzerland. He is a mid-career Master in Public Administration candidate at the John F. Kennedy School of Government at Harvard University.